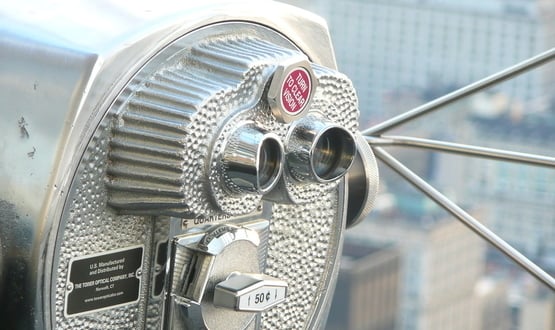 Central initiatives, from the plans in the ‘Five Year Forward View’ to clinical commissioning group scorecards, are driving the use of data and analysis in healthcare.

But it is using data to find patients at risk and then to tailor appropriate interventions for them that could really drive change in health and social care, Kim Thomas discovers.

All too often, chronic kidney disease is diagnosed too late – but could there be a way of picking it up earlier?

Using tools from Emis, NHS Camden Clinical Commissioning Group now carries out central searches of GPs’ patient records to identify those patients who might be at risk.

The GPs are informed, and the patient, with their consent, is given a virtual referral to a hospital specialist, who reviews the records and decides on one of three courses of action: that the patient attends the hospital renal clinic, is managed under the care of their GP, or is attended by a community nurse.

The CCG’s work on CKD is one of a number of initiatives to improve management of long-term conditions; another involves analysing GP records to identify and target more effectively patients at risk of diabetes, or who have a diabetes diagnosis but could be on a different care pathway.

Analysing data in this way can inform decision-making, improve the quality of patient care, and enable CCGs to allocate resources more efficiently. But it requires co-operation between different parts of the system.

“Lots of people still think the data belongs to the clinician rather than the patient,” says Hasib Aftab, head of IT at Camden CCG. “GPs have to make records available to a consultant who then “makes a judgement call on how well or poorly it [the condition] has been managed.”

This has meant reassuring GPs that the purpose of the exercise is to improve patient outcomes, not monitor GP performance.

NHS trusts and commissioners are accustomed to collecting data in the service of performance targets. A number of central initiatives are driving this further.

For example, NHS England has released a new framework to quality ‘assure’ the work of CCGs, which health secretary Jeremy Hunt has argued will enable the public to hold them to account for their work in commissioning safe, high quality and cost effective services for patients.

Unfortunately, this kind of exercise can hinder, rather than promote, more visionary use of data analysis. Nigel Slone, managing director of Sollis, feels the CCG scorecards represent a missed opportunity because they are focused on systems rather than on outcomes that matter to patients.

More broadly, the ‘Five Year Forward View’ – the NHS’ big plan to close a gap between funding and demand that could otherwise reach £30 billion by 2020-21 – puts a lot of faith in data.

It talks about “bringing together hospital, GP, administrative and audit data to support the quality improvement, research, and the identification of patients who most need health and social care support.”

Will Perks, director and market lead for commissioning at Capita Health Advisory, says: “If anything is going to make the Five Year Forward View work, it is the ability of commissioners to have great business intelligence.”

Another driver is outcomes-based commissioning, which can work only if there are robust methods of gathering and measuring outcomes data.

The failure of the outcomes-based outsourcing contract awarded to UnitingCare by Cambridgeshire and Peterborough CCG – which collapsed after just eight months – illustrates how difficult this can be in practice.

While these big plans put a new focus on data at the national level, Paul Davis, operations director of Emis IQ, believes that initiatives such as Camden’s will become more common.

Traditionally, he says, tools that measure the incidence of conditions such as diabetes or heart disease have been in the domain of the GP practice. Making them available to commissioners will offer a “really good helicopter view across their population around how risky those populations are for heart disease, for example.”

In turn, that should enable commissioners to rethink what services they should provide, and where, and what outcomes they would expect as a result of interventions.

A thorough analysis of data is already throwing up some surprises. Slone says, for example, that analytics are challenging the traditional view that the elderly represent the greatest cost to the health service.

Data shows us that, in fact, the biggest cost is multi-morbidity: “Some of our CCGs are increasingly involved in getting a better understanding of what that multi-morbidity looks across the population that they serve and what the costs associated with that are.”

Wandsworth CCG, a Sollis customer, has used data to identify patients with long-term conditions, and work with adult social care services to help them manage their condition, so that they can stay at home and reduce trips to hospital.

There’s a widespread belief, says Slone, that “by keeping people out of hospital, you’ll deliver a better outcome, a better patient experience and you’ll reduce the cost.” The evidence, however, is limited: initiatives such as Wandsworth’s will help put that assumption to the test.

Healthcare data on its own is not enough, however; fully-informed decision-making requires social care data as well.

Sollis, says Slone, wants to “address that whole issue of a better understanding of risk, cost and outcomes across the care continuum…getting that data moving between all those organisations who are responsible for the care of a particular population.”

It is starting to happen, slowly. Many of the new vanguard sites piloting models of integrated commissioning and delivery and integrated health and social care are learning to share their data.

“Local councils are playing a big part, in some cases the predominant part. We’re starting to see senior individuals from the local authority side straddle the CCG and the social care facility in the region.

People are employed by both sets of organisations. The notion of what a CCG is, what commissioning is, is actually changing. “

Parslow’s colleague Mark Davies, medical director of MedeAnalytics, cites a customer whose use of data enabled it to change its assessment of the risk of elderly people in care homes being hospitalised as the result of a fall.

The previous risk algorithms used only hospital data, while the new ones brought in social care data; as a result, the final numbers included 15% who had not previously been identified as being at risk.

But the healthcare landscape is complex, and Parslow sees two big challenges; even once everybody is on board. One, unsurprisingly, is the need to hammer out a universally accepted information governance strategy.

Davis believes that technology can alleviate some of the problems (GP practices that allow patients to book appointments online, for example, can at the same time seek their consent to share data) but there are still difficulties.

As he points out, social care data has a “different ownership model” from healthcare data. Not only that, but social services organisations often have multiple departments with their own systems.

The other challenge is the reluctance of organisations to collaborate on business intelligence initiatives because it could mean that “money has to be taken away from one organisation and given to another in order to provide a better outcome for the patients.”

Some organisations have overcome that reluctance, Parslow says. “In some cases they are pooling their budgets and treating it as an entire pot of money that is not to be used for mental health or social care or hospital treatment [but] for the good of the patient based on a defined and desirable outcomes.”

We may have a long wait before these issues are resolved, but Slone holds out hope that the influence of some of the vanguard sites who are working in partnership will eventually be felt more widely.

“As they begin to publish the results of their work, and other parts of the country can see the benefits of closer working and collaboration and data sharing, then some of the barriers and challenges we face might begin to fall away.”