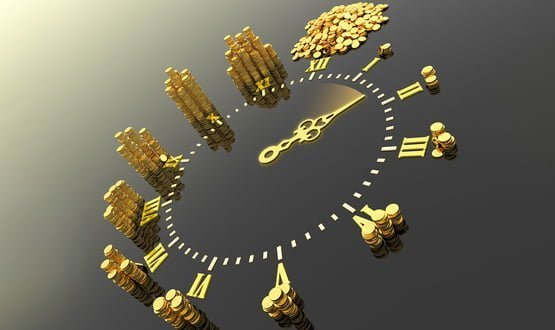 On one reading, everything is in place for all trusts to finally start using PLICS. On another, mistakes are being made on crucial details and the timetable is too protracted. Daloni Carlisle reports and Patrick McGinley of Maidstone and Tunbridge Wells NHS Trust gives a personal view.

It’s a big year for patient level information costing. After many years in which regulatory and financial bodies have urged trusts to get a handle on their real costs, and to be paid by them, a shift towards this actually happening is underway.

There is a timetable, draft standards, minimum software requirements and a group of trusts acting as “roadmap partners” to influence NHS Improvement’s evolving costing transformation programme. Despite this, some have serious concerns about the detail and that timetable.

Getting the NHS and suppliers working together
PLICS system suppliers are in contact with the 70% of NHS trusts that now have a PLICS system in place and a good proportion of the 30% that don’t; but realise that they are going to need one. One of the boxes that get a big tick from them is the degree of involvement of the service in the CTP.

Each of the major suppliers is working with at least one of the roadmap partners, which means they can work hand in hand as the software requirements associated with moving from reference costs to patient level costing evolve.

David Nuttie, sales manager for CACI, which is used by 108 NHS trusts and which is roadmap partner to the Royal Marsden NHS Foundation Trust, says: “It’s a huge change and not one that can be done lightly.

“There is a big team working on putting together the guidance and they have gone about it in the right way, with half a dozen roadmap partners trying to build models using the current guidance and able to influence that guidance.”

Dmitry Dorsky, director for healthcare solutions at IMS Health Albatross (whose roadmap partners are Guy’s and St Thomas’ NHS Foundation Trust and Buckinghamshire Healthcare NHS Trust), agrees. “Everybody is engaged,” he says. “I am really pleased to say that the roadmap has become interactive. It is a two-way street.”

System accreditation, or a framework, or both?

More controversial is an announcement made at the Healthcare Financial Management Association meeting in April that NHS Improvement intends to move away from a proposed accreditation system for PLICS systems. The meeting was told that it will develop a framework contract instead.

It is all to do with comparing apples with apples – if the software does not carry out the costing in a consistent manner from place to place then benchmarking is meaningless.

“Accreditation was introduced as a way of standardising,” he says. “But that does not deal with the difficult decision of which system to buy and I think a procurement framework is the right way to support trusts to make an informed choice.”

Other procurement frameworks are already in place and procurement is not the place for deciding on nuances around software development, he says.

Dorksy, meanwhile, would like to have both: a procurement framework for the trusts still to buy a PLICS and an accreditation for those who already have one.

“It needs someone independent to come in and see whether a system meets minimum software requirements and not just rely on software providers saying that they do.” It is an exercise that has already been conducted in the police costing service, he adds.

More fundamental is the question over whether the CTP is working to a schedule that bears any relation to its stated aims – and whether it is measuring the right things.

To rewind slightly, the move to patient level information costing is part of the wider transformation in the NHS as set out in the ‘Five Year Forward View’ and the Carter review. NHS Improvement sets out the argument at length in a Case for Change document published in April.

And therein lies the problem. The Five Year Forward View is all about creating new models of care that encompass and transform the whole patient pathway; it was published in 2014; giving a notional five-year framework running to the end of the present Parliament.

By contrast, NHS Improvement’s CTP will not see patient level costing mandatory in the acute sector until 2019; mental health and ambulances until 2020; and community until 2021. Primary care does not figure at all.

Critics say not only is the CTP too late to add value to that transformation but also that the model now developing is “swab counting”. They say it will not stand up to the more complex tasks of costing patient care in community or mental health, let alone along pathways in new models of care.

“It is very frustrating,” says Dr Mark Davies, medical director of MedeAnalytics. “We need timescales that align with priorities and the rate of change in NHS and social care.

“It’s critical that we do this in a practical and implementable way, at scale and at pace. And that means we cannot use the methodology that has historically been applied to inpatient PLICS.”

Getting beyond the acute sector

But again, this is not a universal view. At any rate, PLICS suppliers are keen to work on PLICS beyond the acute setting.

Civica is working with Derby Teaching Hospitals NHS Foundation Trust, which encompasses a community service, to capture more patient-specific costing data. “There is a big need to develop costing in other settings,” says Haines. “The challenge is understanding and capturing the activity and acuity associated with the patient.”

He argues that while it is tempting to push for a quicker time frame for the CTP, this would come at a cost to the quality or the scope of the programme. “It’s a tricky balance,” he admits.

“The biggest problem in mental health is that we are still struggling to find a way of quantifying services,” says Dorsky. “That is before we even get to costing.”

Life sciences minister George Freeman is said to be keen to push the boundaries of the existing NHS Improvement programme, and to see different models of costing emerge from linked data sets.

Where is the money coming from?

Less controversial but no less intractable is the issue of resources. NHS Improvement estimates that implementing and operating PLICS costs a small provider £138,000 a year and a large provider £288,000 – with costing staff accounting for two thirds of that.

The universal message from the suppliers and wider contacts interviewed for this piece is that this money they do not have. Just as important, it’s often people they don’t have either as there is a shortage of high quality costing professionals.

One source told a story of a hospital trust with a team of three working on costing. Two of them were headhunted by a neighbouring trust.

Four months ago, IMS Health Albatross launched a managed service, offering to do the number crunching effort for trusts. It already has four service users, including Bradford Teaching Hospitals NHS Foundation Trust and Moorfields Eye Hospital in London, and is talking to more.

These are the bigger questions. For acute trusts today, there are more pressing deadlines. August 2016 is the date by which any trust wishing to make a voluntary contribution of patient level costing information will need to act.

January 2018 is the date pencilled in for the publication of mandatory costing standards for a mandatory PLICS submission in July 2019. For those 30% of trust yet to invest in a PLICS, now might be a good time to start thinking about doing so.

Patrick McGinley is head of costing and service line reporting at Maidstone and Tunbridge Wells NHS Trust. He offers a personal perspective:

“We did contemplate applying to be a roadmap partner, as there are obvious benefits, including being able to influence the programme. But we are a small team here, and we thought we did not have the resources.

In hindsight, I think we would have been better off in the partner mix as I am slightly worried by the range of trusts in there.

“Take the Royal Marsden. We all know it does wonderful things, but if we are looking at patient level costing, they will have detailed costings for only for the part of the patient journey they provide. They won’t include the parts of the patient pathway in primary care, secondary care or community care.

“That is the limitation of PLICS. It’s counting the patients – but beyond that the costing is of patient level events or episodes. We need to start costing along patient pathways and to reflect the new models of care.

“I’ve seen NHS Improvement asked about this and they do not seem to have any answers. Having said all that, I am a costing professional and I will cost whatever it is I am asked to cost.

“Here at Maidstone and Tunbridge Wells, we are seeing some benefits from patient level information costing.

“By sharing cost information with our clinical colleagues, we have been able to highlight how theatre time costs £20 per minute. This has prompted them to change the way they create theatre lists.

“For example, injecting ankle joints used to be added to the end of lists. But it does not require a full complement of theatre staff and a consultant surgeon; so this is an expensive way to do it.

“Now, the team has created a new list once a quarter to do 32 of these procedures under the care of a registrar, theatre practitioner and a nurse. When people can see the costs, they can start to make changes.”