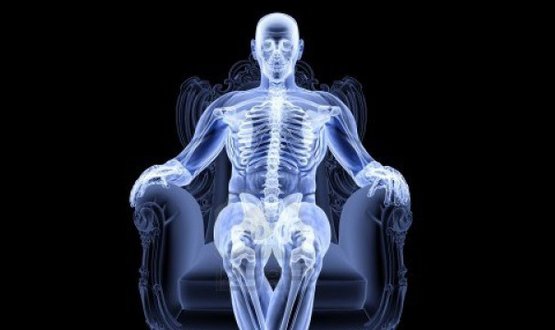 RISing to the challenge

Increasingly, trusts need to collaborate on reporting on images to cope with demand. Is that best done using a RIS or another core IT system? Kim Thomas reports.

The National Programme for IT formally ended earlier this month. Apart from a few stragglers, such as the handful of London trusts running RadCentre, trusts have replaced their radiology information systems or, in most cases, upgraded their existing one.

Some trusts that opted for tactical extensions to their existing contracts may go out to tender within the next year or two, while Scotland has issued a prior information notice and is expected to replace its existing RIS within the next year (currently, Scottish boards are using either Carestream or HSS RIS).

The push for collaboration

Vendors agree that the main driver for new RIS and picture archiving and communications system procurements is the need for trusts to collaborate. The shortage of radiologists, combined with an increase in the number of images, has led to some trusts using expensive outsourcing companies to report on images.

Chris Yeowart, director of Wellbeing Software Group, which provides the HSS RIS, says this is not sustainable in the long term.

“The problem, ultimately, is that the NHS just can’t cope any more with the increased number of images that are captured; and because they’re becoming more and more complex, they take longer to report.

“So the only way they can achieve this is by working smarter, providing a 24/7 service across a number of trusts or regions.”

Some trusts, such as the Cheshire and Merseyside consortium of 12 trusts, are already doing this successfully.

Charlie McCaffrey, UK managing Director of Carestream Health, says: “They’ve now got two registrars on call who are sitting in one location and they will do the on call for the 12 trusts. It’s incredible how efficient it is.”

But while trusts have found ways to share images from each other’s PACS – whether that’s through the image exchange portal or through global worklists – shared reporting – allowing a radiologist to report into another trust’s RIS – poses more of a challenge.

Reporting through the PACS

Jane Rendall, managing director of Sectra, says she believes the move towards PACS-based reporting in the US will eventually be replicated in the NHS.

As well as making on-call reporting from home or other remote location easier, many radiologists prefer the simplicity of using a single application. “They’ve only got one application open – they don’t have to have a RIS application driving the workflow, as well as having the PACS open, to be able to report one patient.”

There are, inevitably, disadvantages with introducing reporting into the PACS. GP systems can’t take graphs, tables and diagrams, so they remain within radiology, says Bob Childe, business development manager at Soliton.

Another disadvantage, says Childe, is a RIS’s greater level of sophistication at handling workflow. “When you’ve got a complicated workflow, such as an unexpected finding on an image, you need to let certain members of the team know – the referrer, maybe other colleagues, maybe a secretary, maybe an administrator.” PACS, he says, can’t cope with this complexity.

Other ways to collaborate

There are alternatives to PACS-based reporting as a solution for trusts that need to collaborate. The Cheshire and Merseyside consortium, for example, shares a single instance HSS RIS. Soliton proposed a solution to a collaborative of Yorkshire trusts (whose procurement is now on hold) that involved having a bi-directional HL7 feed between each site, and a central system that would retrieve the images from individual PACS using the DICOM Query/Retrieve tool and then assign them to other trusts to report.

McKesson’s focus, says Sant, is to provide “workflow tools that work with multiple systems altogether.” Its own enterprise worklist tool, part of its Conserus suite of products, can provide “loop closure” workflow so “a radiologist can mark a result as critical if it requires immediate follow-up from the patient’s care provider.”

It can track, too, when the physician has acknowledged they have received the report. The move towards regional reporting may be behind an increased interest in peer review.

Grant Witheridge, Agfa Healthcare’s managing director, describes this as a “common requirement that we’re asked for within a site or across a region.” Both McKesson and Agfa now offer peer review functionality into their products.

Pros and cons of using the EPR

Vendors disagree about the extent to which the scheduling element of RIS is under threat from trust-wide electronic patient record systems. As always, when it comes to a battle between best-of-breed and single vendor solutions, there is a trade-off.

Integrating best-of-breed solutions creates more work, says Rendall. “You have an infrastructure complexity which needs to be managed. You’ve also got the added complexity of the commercial relationship with each individual, and interdependencies you need to manage on an individual level.”

Single vendor solutions are much simpler: “When you make a development here, or an upgrade there, you’re not constantly having to make sure that you’re not breaking the integration.”

On the other hand, Yeowart argues, RIS has been developed specifically for radiology. “The EPR providers are never going to be able to deliver a RIS function as part of the EPR that’s as functionally rich as a RIS that’s been developing for 30 years.”

McCaffrey agrees, citing one trust that tried to replace RIS scheduling with the EPR, but reversed the decision after missing RIS’s functionality.

Agfa’s approach has been to incorporate RIS functionality into its enterprise imaging platform, which combines image storage, reporting and collaboration between specialties.

Witheridge says that it will stop marketing a standalone RIS. “The functionality delivered by RIS will become part of one application and one database.”

He believes this approach is particularly valuable as healthcare providers begin to make better use of data to inform decision-making. “If you can get to the point where you have a single application and single database, the data output, the analytics and the intelligence become much more straightforward.”

This is important because, he argues, data will increasingly be used to inform artificial intelligence systems that can help to provide proactive rather than reactive care.

It’s increasingly clear that the more information can be shared outside a single department, the more useful it is. Rendall points out that the main customers for radiology images and information are outside radiology (nurses and oncologists, for example). 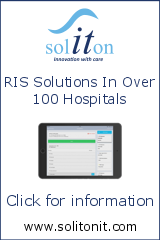 Gary Raife, sales manager at supplier Healthnet Connections, says that historically ultrasound “sat in a world of its own,” but in the past five years there has been increasing demand for integration with RIS and PACS, as well as with the EPR.++

A booking for an ultrasound scan is made in the RIS, which then sends through a worklist to the scan rooms. When the report on the scan has been completed, Viewpoint sends the DICOM images to the PACS and a text version of the report to the RIS, making it available to clinicians throughout the hospital, not just the ultrasound department.

Whether vendors offer increased integration between different products, or absorb the functionality from different applications into a single product, the direction of travel is the same: systems within a hospital need to talk both to each other and to systems outside the hospital.

This ever-growing need to share images, reports and data will determine the future of RIS, one way or another.