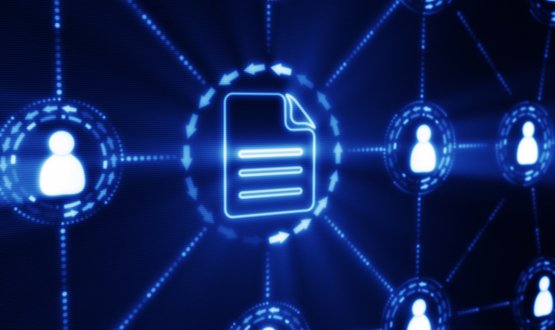 Electronic document management is one of the most challenging areas of hospital digitisation, touching on just about every aspect of how an organisation runs and a vital accompaniment to an EPR. Claire Read reports on how leading trusts have approached it.

If you took the shelves out of University Hospital Southampton NHS Foundation Trust’s health records library, laid them flat one after the other, and jogged alongside them, then you’d be well on your way to having completed a marathon. It takes no less than 17 miles’ worth of shelving to house the trust’s paper notes on its patients.

Toby Cave, the organisation’s electronic document management system (EDMS) project manager, is in no doubt that there is a strong business case for making such records digital.

“We spend £1.3 million a year on our health records library,” he reports. “It’s an expensive facility, with staff there pulling records, transferring them to the trust, and then there’s the transport and the porters to move the records around the trust for clinical care.”

“The question with EDMS is where do you start”

But Cave is also in no doubt that moving from paper to digital documents is not necessarily a straightforward shift. “The question with EDMS is where do you start,” he argues.

“Given [healthcare] has done digitisation of pathology, and PACS (picture archiving and communication system), and e-prescribing – these key benefit areas – EDMS is about sweeping up everything else. And that’s what makes it complicated.”

No standard for medical documentation indexing

He points to an initial challenge of deciding just how to index and catalogue that existing store of paper records. “There’s no standard for how medical documentation should be categorised and indexed – it’s not like a library or a Waterstones; you’ve just got to start from the very beginning.”

Once that hurdle is navigated, there’s the challenge of integrating existing electronic documentation with any new solution.

“I think traditionally people have seen electronic document management as a standalone repository of digitised documents,” suggests Steve Burton, sales manager at Civica. “But for it to be successful it needs to be part of a wider and more integrated strategy.”

According to Deborah McKee, integration was very much the name of the game when University Hospitals Birmingham NHS Foundation Trust started to explore EDM. Staff saw it as a key plank of moving to a fully electronic patient record, and very much considered its implementation in the round.

A brief pilot of scanning existing paper documents highlighted that its value was limited, and that attention would be better placed on uniting the original electronic versions.

An “informed” decision was subsequently taken to not scan any back library content, and instead to focus on managing all electronic content in one EDM solution. McKee explains the desire was to “provide an easy-to-navigate front end user interface that was then going to interface with our prescribing and medicines administration solution”.

Provide users with a seamless experience

The idea was to ensure a seamless experience in accessing a patient’s records and documents, with no obvious switching between EDM and other digital solutions.

Adam Towler believes this sort of usability is a crucial consideration when implementing any document management solution. Towler, a former clinician who is now founder of healthcare software firm Epro, admits “it’s not all pros” when initially moving from paper case notes to an electronic system.

“Think of how quickly you can flick through pages of a large set of case notes. Although they are typically disorganised and they’re not consistent, and they can only be in one place at once whereas electronic forms can be in multiple places, actually you learn tricks for navigating them and finding your way around,” he says.

“If you move to a poorly implemented screen version, all the information might be there but if you can’t navigate it easily, or if it slows you down and it’s frustrating, there’s a sense of loss.”

For staff at IMMJ Systems, speed was a key consideration when building its EDM solution. “If a clinician goes through an electronic patient record and it takes three or four seconds to load a page, they’re just going to put the tablet down and say they’re not using it,” argues Michael van de Weg, the company’s chief executive.

“So we built our own solution right from the storage engine to the front end – we don’t rely on third party pieces of software; we actually control the stack ourselves. So we can get the performance that the clinician wants.”

At University Hospitals Birmingham, speed of access was actually written into plans for document management and electronic records. “You can’t put this sort of system in and have it work slowly or poorly, because you’ll lose your audience,” argues McKee.

“So when we were developing the system, we had some key metrics around our expectations for transaction times. If a clinician clicks to look in a patient record, it has to open sub-three seconds. If it takes any longer than three seconds, that’s too long. So we put some design principles into the way we wanted the front end of our systems to work.”

Cage adds: “In this day and age, with the huge amounts of pressure the NHS is under, if you do anything to slow clinicians down by a few seconds, it’s catastrophic, unacceptable. And rightly so. These are very, very busy people, they’ve got very specialist skills, and we shouldn’t be paying them to simply find information.”

His hope is that Southampton will have a technical go live of its electronic document management system within the next couple of months, with the system rolled out across the entire trust by the end of the year.

Cave emphasises these things time take time to get right – the initial procurement for EDM began in 2014, with a contract signed at the beginning of 2016.

“There have been two streams of work,” he says. “One has been about the software and the implementation, the technical side of things, and then the other is about how people are going to work differently with the software.

Nurse filling in a piece of paper still socially acceptable

“The idea of a nurse sitting at someone’s bed with a piece of paper and filling it in is more socially acceptable both to the nurse and the patient than the idea of it all being done on computer,” he suggests.

Reports McKee: “The first phase of our project was to change clinicians’ attitudes towards electronic data, and to reduce the reliance on looking at the paper record, by giving them something that pulled everything together from the disparate systems at the click of a button.”

When it comes to the thorny of issue of categorising scanned documents such that they complement the new solution, Cave says one of the best decisions Southampton has made is to use barcodes.

“If there’s one piece of advice I was going to give someone who was thinking about doing an EDMS, I would say put barcodes on your documents. It doesn’t need to be anything complicated – we just use QR codes which say what the name of the document is.

“Then you can read them as you scan documents in. That takes away a lot of the manual intervention of indexing, speeds it up, and makes the indexing much more consistent with the whole process.”

Cave and his colleagues will be far from the only ones grappling with these sorts of challenges. According to Digital Health Intelligence’s analysis of the latest Clinical Digital Maturity Index (CDMI) data, 83% of trusts now have some kind of electronic document management solution. That’s a 14% increase since November 2013, when the CDMI was first published.

Civica’s Burton – who is currently working on the rollout of the company’s new EDM product Cito – is keen for organisations not to lose sight of the benefits as they work through implementation.

“There is a very compelling case to go down the road of digitisation and electronic documentation,” he argues. “We estimate that one trust we’re working with will save circa £3 million a year through the implementation of electronic document management.

“There’s a huge return on investment that can be delivered within a three to four year period if you deliver the right strategy, and if you’re setting yourself up culturally to deliver that change in that timeframe.” Therein, as they say, lies the rub.