Special Report: Infrastructure as a Service 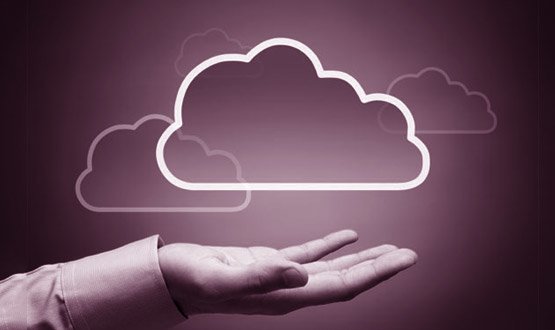 Hosting a huge piece of computer equipment with the associated support costs, or buying computer power in the cloud on a pay as you go basis? In an era of constrained costs and security concerns, more organisations are starting to consider the latter. But might the traditional NHS model of capital expenditure stymy uptake of infrastructure as service within healthcare? Claire Read reports.


At Midlands and East Lancashire Commissioning Support Unit there lives a three terabyte database which, for John Uttley, epitomises the potential appeal of infrastructure as a service (Iaas) to the NHS.

Currently, the database sits on a physical server in the CSU’s offices. But Uttley, the organisation’s e-innovation director, has recently been exploring the costs of moving it into the cloud, via a large scale IaaS provider.

The quoted fee made him raise his eyebrows – in a good way. “The cost came back at something around $500 a month to have absolutely everything I needed within the cloud, including the operating system for the database,” he reports.

The server is also running 24 hours a day, even though the CSU doesn’t actually need the database on it to be available at all times.

“We would only want that database to be available between the hours of 8am and 8pm,” explains Uttley. “With IaaS, after 8pm it would get switched off and we wouldn’t actually be incurring any costs.”

If you’ve ever benefitted from a pay as you go mobile – buy only what you need, when you need it – it’s easy to understand why pay as you go infrastructure can be appealing. No long term commitments to a particular device, no need to fork out for anything other than what you need.

Explains Uttley: “You’re literally buying computing power, storage power and the transfer of data. And because it’s all virtual, we can switch it off whenever we want. And, more to the point, we can also spin it up.

“So if there’s a particular time during the month when we are expecting a big dataset, then we can say we want to take it from this much smaller level of resource which we use normally, and expand it by two or three times the size for two or three hours while we work on the data, and then scale it back again.

“You just can’t do any of that when it’s on your premises.”

At Midlands and East Lancashire Commissioning Support Unit, they’re sufficiently convinced by the benefits of IaaS they’ve already moved the back end of the two of the key products they offer over to cloud infrastructure.

AIMES, a Liverpool-based cloud firm, will be meeting the hardware requirements of both an IG solution and an urgent care monitoring system for two years. “They provided economies of scale in comparison to what we could do internally,” explains Uttley.

For Glenn Roberts – the business development manager at AIMES, which increasingly specialises in providing IaaS to healthcare – such setups “are the future of the NHS”. That isn’t just because of the potential efficiency savings. It’s also because of the relative ease with which IaaS can support innovation.

“There’s a project I’m working on at the moment where they have to invest in a super-duper SQL server data analytics box,” he says. “But they only need that for 12 months. Once that job’s been done, it drops down to an archive service, which is about half or one third of the spec of what the analytics machine is.

“Well previously what they would have had to do is to go out and buy that big hulking box and run that for five years and keep it up to date and all the licences go with it.

“This is what the innovation is around the cloud. Because all of a sudden now you’ve got that capability that you only buy what you need, when you need it. You buy it as you use it.”

Jane Rendall, managing director at Sectra UK, is another firm believer in the power of IaaS to support innovation. “[IaaS gives] the ability to take on new technologies – so being able to take advantage of new technologies rather than being held back by poor infrastructure or contractural issues.”

She adds: “We see a greater demand, especially on the niche innovation products, to be able to switch them on and switch them off.”

Rendall suspects WannaCry can also take some of the credit for the increased interest Sectra is seeing around IaaS for healthcare.

“I think the recent cyber attack which hit the NHS so dramatically demonstrated some of the weaknesses within the internal IT in some areas of the NHS. Which obviously means there is more willingness to look at these opportunities.”

Certainly Uttley feels the use of IaaS by Birmingham City CCG – one of those served by his CSU – helped it weather the WannaCry storm more easily than most. When the attack hit, the organisation was already in the process of rolling out virtual desktop infrastructure (VDI) to GP practices across the area.

This means that, instead of having a conventional computer with a hard drive, GPs are given a ‘zero client’. It connects to a data centre in Reading or in Harrogate, where all the computing power is stored.

“The centres are completely mirrored, so if one goes down the other picks up. At the same time, we’ve got the physical servers being backed up, so if they end up getting attacked, we can reinstall the entire environment within a couple of hours.

“And then on top of that, because those server environments are then keeping the virtualised desktops for the GPs, if any of those get attacked then again we can restore those within a very short period.

“The WannaCry virus was actually detected by the data centre, and was just completely quarantined and dealt with,” Uttley says.

“But had we been attacked and it worked, and it encrypted some of the desktops within the GP practices, we could have had them back up and running within a number of hours, not weeks. So it’s an exceptionally powerful thing to have.”

For the GP, it largely feels like business as usual – their computer still runs the same operating system. The behind the scenes benefits for the organisation are there, however. According to Ian Gibbons, head of customer strategy at Winscribe, it’s a similar situation when digital dictation and speech recognition becomes an IaaS setup.

“For the user, it’s just like having the servers on their network, and they get the service in exactly the same way. But for the business of the trust, they can save overheads on infrastructure being managed internally.

“Rather than a capital purchase – where you pay lots of money upfront and you’re required to realise that benefit over time – trusts can start receiving the benefits straightaway by more of a subscription model.”

But can healthcare organisations easily shift to this sort of financial setup? Roberts fears it could be a challenge. “The problem you’ve got is that the NHS aren’t funded in the right way to avail themselves of a cloud-based service. They get told they have to do cloud, but they’re still based on capital expenditures.”

Chris Scarisbrick, sales director at Sectra, agrees it may not be straightforward. “There’s a lot of pressure these days not to have to buy an asset and then depreciate that asset all the time.

“I think moving to a cloud based delivery model relieves the financial pressures around these complex capital expenditure-type business models. But it is a bit of a sea change in the way that the NHS has traditionally procured.”

He argues that negotiating the challenge would lead to better value for healthcare, however – including in staff costs.

“The NHS has highly skilled IT resources that work within their boundaries, and I think that these particular resources are better spent bringing tangible advantages to the patient within their core competence,” he says.

“So working on improving those pathways through tighter integrations between systems and handling really complicated discrete messaging practices which make a big difference to how the patient moves through the diagnostic pathway.

“I think really offloading the burden and the complication of managing IT infrastructure, which is perhaps outside their core competence, means that the NHS can really focus on what the NHS is good at – and that is delivering a really high quality of patient care.”