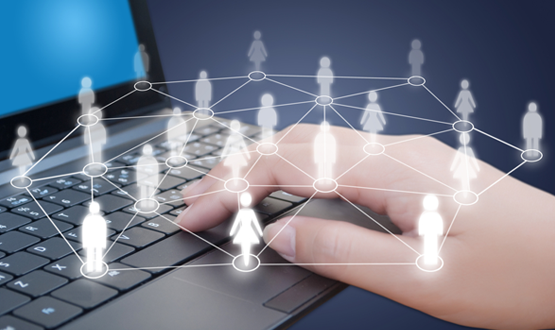 In June last year, NHS England chief executive Simon Stevens named eight accountable care systems, meant to spearhead efforts towards closer, more integrated means of working. Even though there is uncertainty on when the systems will get formalised, most agree shared care records will be key to providing joined-up care. So how is the NHS progressing on implementation of record sharing? Maja Dragovic investigates.

Beverley Bryant has long beaten the drum for shared care records. As director of digital transformation at NHS Digital, director of digital technology at NHS England, and now as chief operating officer at System C and Graphnet, she has strongly made the case for efficient information sharing.

And in the form of accountable care systems (ACSs) and sustainability and transformation partnerships (STPs), she sees the structures that just might make it happen.

“It is quite easy to explain why shared care records is a good idea, but if it is nobody’s job to make it happen, it is quite difficult to get it moving. Whereas now, an STP or an ACS lead have the responsibility for the care community and they are looking for ways of achieving improvements in care,” argues Bryant.

It is now just over a year since NHS England named the first wave of accountable care systems, charged with creating more joined-up care for a local population. While it’s still not entirely clear when such systems will become formalised – NHS England has recently paused the contracting process – there is no doubt many are seeing shared care records as integral to the accountable care mission.

The data shared electronically includes information on up to 855,000 residents and enables up to 12,000 health and care professionals to have a consented access to the core information about patients.

Nigel Foster, finance director for Frimley Health NHS Foundation Trust and East Berkshire Clinical Commissioning Group (CCG) – and the programme board lead for the Connected Care project in Berkshire East – explains: “The vision behind this project is all about helping us make speedy, informed decisions, deliver more co-ordinated services and harness the latest available technology to improve clinical effectiveness, so that patient care is seamless.”

In Dorset, shared care records are being seen as a “key enabling strand” to creating their ACS says Andy Hadley, head of IT development at Dorset CCG. The county council-led programme – called the Dorset Care Record – initially planned rollouts of large amounts of data following the signing of a contract with Orion Health early last year.

The first phase was due to go live in September 2017 and to allow access to GP records in A&E, to be followed by social care and then ambulance. The intention was to go up to 1,000 users quickly.

This, however, has been delayed, and the CCG is to go live with GP data in A&E at the end of January with 20 users to begin with. The hope is that number will increase to 100 by the end of February. The overall plan is to have a series of smaller deliveries rather than big rollouts as originally planned.

”It is starting very small and part of that has actually been in order to ensure we’ve got all of the 93 individual GP practices up and running, with 90% of GP practices already lined up to go ahead. But obviously it is going to take a while to get to the point of having the records from all GP surgeries in the area,” says Hadley.

“The initial go live is targeted to people who are involved in things like admission avoidance and who struggle today with access to information and would benefit most from it.”

The reasons for the delay and changed approach will be familiar to many of those aiming to strengthen information sharing across a care economy. Some are fairly fundamental in terms of data quality and data matching in the shared record.

“For example, things like ethnic origins have been recorded in different ways and when you set a record for a person it has to be done in a common way – that has been more complicated than we expected,” explains Hadley.

David Hartman, interoperability lead at Cerner, agrees that there are challenges arising from how data is recorded. “To work the data, you have to come up with a single source of truth,” he says.

In Dorset, prioritising the work of collecting and standardising data against the ongoing work of partner organisations has also been a challenge.

“The integration technology engineers are pulled in lots of different ways. So it is about grabbing for their attention for this job to be done alongside all the other jobs that they are doing, all of which are high priority and taking their time,” reports Hadley.

The looming challenge of GDPR

As if that wasn’t complicated enough, those working on shared care records do so in the shadow of the impending General Data Protection Regulation (GDPR). Coming into force in May this year, it threatens much larger penalties for organisations that fall foul of data protection laws. It also sets a high standard on consent for data sharing, insisting that it must be “unambiguous” with a clear opt-in.

“One of the difficulties is that there are a number of things that you can opt in and out of and I think it is quite a confusing picture for people and we’re trying to minimise that confusion by keeping the message simple and clear,” says Dorset’s Hadley.

Paul Sanders, clinical systems director at Civica, reports his company is working with clients to tackle this sort of challenge. “We are seeing people changing their processes around seeking permission for information to be shared but also recording that in our system as well, so that we have a record of who’s giving consent for information to be shared and for future use as well.”

And for David Hancock, client engagement director at InterSystems, GDPR could be an opportunity to bolster shared care records and information sharing. “This is actually forcing the health and care to explicitly get the patients’ agreement that information can be shared,” he argues.

In the midst of public concern that ACSs may in fact be a means of privatising healthcare – an argument even being made by Stephen Hawking – Gary Birks says there is real value in keeping the focus on those sort of care improvements.

“We need to get the message right and the balance right on what ACSs are being introduced to do,” argues Birks, general manager for UK and Ireland at Orion Health. “The priority needs to be on quality of care.”

If that message can be correctly communicated, and shared care records be successfully implemented, then many do believe ACSs in the future can journey towards true population health management. For Chris Scarisbrick, sales director at Sectra, such a journey might include the implementation of technologies including artificial intelligence.

He argues that if ACSs start to make – for instance – pathology procurements on a regional basis, that means these aggregated data sets from multiple trusts can then be used to much greater effect within the AI environment. “That means you can start moving into population health management, where one of the goals is about moving towards prevention of chronic conditions rather than a reactive healthcare model.”

Elaine O’Brien, a former nurse and population health lead at Cerner, agrees that having a large pool of data will make it possible to understand how patients and citizens behave around their healthcare. “We are on a journey to develop a new way of working,” she says.

Bryant also sees shared records as opening up population health management which, in turn, opens up potential for research and life sciences. And she too uses the word ‘journey’.

“Moving from shared records for direct care to population health management to life sciences research is still a really long journey,” Bryant cautions. “A few years ago, the journey was going from paper to digital to patient identifiable data sets to full population health management and that felt like trying to run a marathon without any trainers on. But now it is starting to feel like it’s a half marathon.”