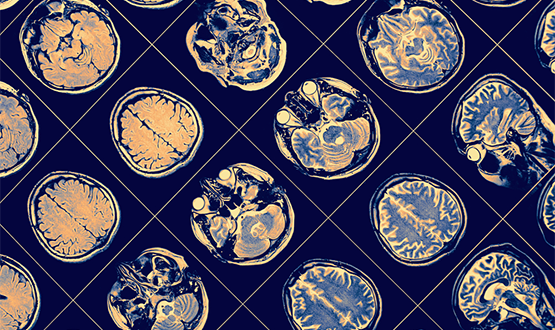 As healthcare organisations move to their second or third PACS procurements, they are now demanding new systems fit for the future. This can range from having reporting functionality to new systems being capable of operating artificial intelligence. But can the new-generation PACS achieve all this? Jennifer Trueland reports.

The NHS is demanding more and more of its picture archiving and communications systems (PACS) and this trend is only likely to continue. As healthcare organisations move to their second or third PACS procurements, pioneers are insisting that new systems should be fit for the future – even if we don’t quite know what the future will hold yet.

This can mean anything from stipulating in tenders that PACS systems have reporting functionality to ensuring that they can operate not just at an enterprise level, but across an entire region, or even nationally.

It can also mean demanding that any new system is capable of operating with artificial intelligence (AI) and machine learning, even if it not expected to be doing so immediately.

But if forward-looking trusts are already looking to this brave new world, there are others that are still grappling with what they could, or should be doing with PACS. This includes recognising the potential to bring together other patient diagnostics and information from a wide range of sources such as pathology and cardiology.

“PACS has settled very well; it does what it needs to do,” says Neelam Dugar, a consultant radiologist at Doncaster & Bassetlaw Hospitals NHS Trust. “But it could do so much more.”

Dugar, who is also informatics adviser to the Royal College of Radiologists, says radiologists are the most advanced medical practitioners when it comes to digital enablement. She cites her current work environment as evidence of this – essentially, it’s just her and the technology – her environment is paperless and she uses voice recognition to “write” her reports about the digitised images on her work station.

It’s not perfect, though. Dugar points out that request cards still have to be scanned in to the system, adding a clunky element to an otherwise streamlined process.
But even so, other departments have a long way to go with the radiology advance guard – and that means getting rid of silo thinking and having a wider view.

Trusts and other healthcare organisations should be moving towards an enterprise imaging strategy, says Dugar – one that brings together all the information about a patient from every department of the enterprise (or even beyond) in one paperless record. Properly developed, PACS could do this, by “ingesting” data from other “ologies”, such as cardiology.

The key transformative step would be a system that includes both structured and unstructured content to be stored and accessed from the same place, giving the fullest possible picture of the patient.

It’s a seductive picture, but also a big ask, particularly as the health service struggles to cope with rising demand and a tight financial environment so it might be tempted to put such a transformation on hold.

Dugar admits that while the advocates of moving from film to digital had an advantage in terms of making the business case, it’s harder with paper. “Films cost a lot of money,” she says. “Whereas the cost of paper is really cheap so there is less incentive to make the move.”

Paper is also a “forgiving” material, she adds. “Paper doesn’t complain,” she says. “You can put together all sorts of documents in paper notes and they will fit together, but try putting together [digital content] from multiple digital siloes.”

Adrian Watts, imaging informatics business development manager with Agfa Healthcare, says the trend in PACS procurement and development is to look at working together across wider geographical areas, not just at trust level.

He points to the Yorkshire Imaging Collaborative, a shared IT project between eight NHS trusts to enable and support sharing of medical imaging and patient reports to health professionals across the region.

The trusts include some 16 major hospitals and at least a dozen smaller facilities, and carry out almost three million radiology examinations each year.
There are a number of factors behind the decision to collaborate, says Watts.

“A key driver is the lack of radiologists. So the idea is to bring expertise across the region together to allow workflow sharing, not just image sharing.”

This means, for example, that an examination of a child taken in Goole can be routed immediately to a paediatric radiologist based in Leeds to be reported on, spreading expertise across the whole region, making better use of resources, and allowing trusts to manage demand and capacity more efficiently. From a patient point of view, it should also improve consistency and lead to earlier diagnosis.

Bringing trusts together in this way has challenges. For example, Agfa has had to strike eight contracts with the eight trusts involved. Getting the information governance right is also a potential barrier – each trust, as a separate entity in IG terms, has to have its own suitable arrangements in place.

Watts adds: “The governance has to be there at chief executive level, and there has to be senior buy-in from clinicians and leaders in the trusts.”

Even if the technology is top-notch and the will is there at an enterprise level, and the collaborations are well supported there are still challenges in realising the benefits.

Infrastructure – or the lack of it – is one issue. Chris Scarisbrick, sales director with Sectra, points out that while it has been possible for some years to share images between healthcare organisations across the UK via the IEP (Image Exchange Portal), there are limitations.

In particular, he believes that increasing the bandwidth of the N3, the route by which the images travel between the hub and healthcare organisations, would make a real difference. “We could do so much more with it and not just in terms of image exchange,” he says. “But we need an increase in bandwidth – we’re already starting to see bottlenecks.”

Scarisbrick hopes that the necessity to save money and work more efficiently across the health sector will provide the impetus for improvement. “The NHS needs to work smarter and do a lot more with a lot less. That will involve using technology as an enabler to leverage efficiencies.”

Sectra’s managing director Jane Rendall echoes this call for investment in infrastructure – essentially widening the “highway” between organisations so that it can take more traffic. A new “superhighway” would also make it possible to share expertise over a wider area by giving sub-specialist access to critical imaging, even out-of-hours.

Rendall is hopeful that as sustainability and transformation plans (STPs) develop, there will be more will to share content regionally, but warns that it will not necessarily be straightforward – and that it’s vital to take a standards-based approached so that different systems can talk to each other. “Interoperability remains a problem. The old-fashioned approach [to procurement] meant that people often didn’t look past the work station. This could happen again if we don’t look beyond existing technology.

“STPs have a clear mandate to improve quality of care, and sharing expertise means that care can be given across regional collaboration or care pathways. But it’s going to involve dragging some suppliers kicking and screaming.”
Interoperability is also a key issue for Bob Childe, national sales manager with Solitonit, who says that vendors are increasingly expected to work together to provide the best solution for customers. “We’re proud of being independent and vendor neutral – as a RIS [radiology reporting system] vendor we connect with everyone.”

This wider view is taking hold, he adds. “What we’re seeing is lots of boundaries being broken down. Traditionally groups of hospitals would have one PACS, but now we’re seeing enterprise-wide systems across a region.”

Thinking more holistically about what PACS can do can bring benefits in terms of workflow and efficiency – but that means not standing still and assuming that tomorrow’s needs will the be same as today’s.

“PACS is a pretty ubiquitous and established solution,” says Charlie McCaffrey, managing director of Carestream Health UK. “Many sites are now in their second generation PACS and looking to the third generation.

“People are beginning to realise that more functionality is coming into PACS, and that this has real benefits. For example, reporting has always been the domain of RIS but in most tenders today, customers are looking for reporting to be included in PACS.”

This makes sense, he says, because it saves duplication of activity such as a radiologist having to dictate information into the RIS – when it is information that the PACS already “knows” such as the size of a lesion. “It makes more sense for it to reside in PACS,” says McCaffrey.

Times are certainly changing. “If you were buying it five years ago you wouldn’t have thought of asking for reporting functionality in the PACS,” says McCaffrey.

It’s a similar situation with AI, he adds, with tenders stipulating that PACS must be able to work with the new technology which is expected to play a major role in diagnostics in the not too distant future.

Again, it will be vital to work across boundaries and organisations, and that includes suppliers. “You might get your PACS from company A, but your AI from company B,” says McCaffrey. “Companies like Google and IBM Watson are pouring billions into [AI] – they have the expertise.”

This only underlines the need for interconnectivity between sites and across the enterprise – and for everyone, suppliers included, to work together. Whether new-generation PACS can be a means of achieving this remains to be seen.