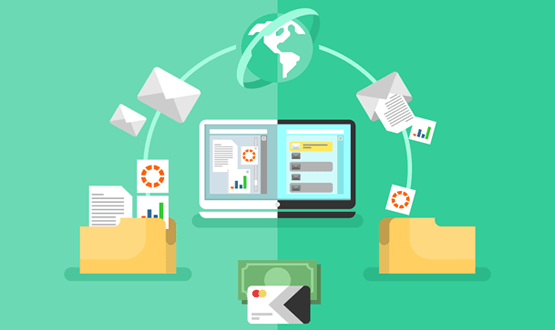 Back in the early 1990s, a consultant gastroenterologist called John Williams had a dream. He wanted to find a way of predicting which of his inflammatory bowel disease patients would get better, and which would go on to require an operation.

“We didn’t recommend surgery lightly – at the time it meant a bag [ileostomy], and it wasn’t reversible,” says Williams, professor of heath services research at the University of Swansea.

“But after surgery, my patients would come back and ask why we hadn’t recommended it earlier because it had changed their lives, even with the bag. I had to tell them that we simply hadn’t known that they weren’t going to get better – so we couldn’t make the decision any earlier than we did.”

It seemed to Williams, who went on to found the Royal College of Physicians Health Informatics Unit in 2002, that if enough data would be collected, it should be possible to identify the factors that would predict who would get better and who would require surgery. Digital seemed the way to get better records that you could get knowledge from.

Williams, then, was an early advocate of the benefits of digitised paper records, not only as a way of making systems more efficient, but also as a means of improving patient treatment.

Some quarter of a century ago, he believed that properly implemented electronic document management could revolutionise care, not just for the ulcerative colitis patient in front of him, but for all those that would follow.

So where are we now – in the year that was, lest we forget, the initial target for the NHS in England to become paper-free?

Today, probably as a result of that ever-moving government goal, most health service organisations at least have the aspiration to move to an electronic patient record (EPR). But even if you manage to move current documentation off paper, what do you do about the decades’ worth of paper notes accrued by every hospital?

Traditionally, that’s where the electronic document management (EDM) system has come in. Generally regarded as a means of scanning back records EDM solutions were supposed to improve efficiency and patient safety and, as a happy side-effect, free up expensive NHS real estate in terms of the medical record library.

According to John McCann, senior director of marketing with BridgeHead, the picture on digital transformation – and on deployment of EDM – is mixed. “There’s not a common trajectory,” he says. “Everyone is doing their thing in a slightly different way.”

There will always be the “early adopters” and the “laggards”, he adds. “It comes down to the appetite of the trust, and how much digital transformation means to them. Some are really invested; others are burying their heads in the sand.”

He cites several barriers to uptake, including a lack of clarity about how electronic document management fits in with other technological solutions, such as vendor neutral archives (VNA) and the EPR. “What the clinician wants to see is a fuller patient record with a richer history,” he said. “The EPR is a great notion, but the challenge is where it hasn’t mopped up all the existing data.”

There can be many reasons why vendors are reluctant to extract all of the existing data, not least its quality. There’s also the “headache” factor. “It’s difficult to extract data and make it all run smoothly,” he says, adding that this is why some organisations end up keeping the old systems running as “read only”.

Jamie Hall, national account director with IMMJ Systems, believes that many NHS organisations are thinking afresh about their requirements – and recognising that electronic document management solutions are key to achieving their aims around digital transformation.

“I think we’re in the second wave [of EDM],” he says. “While many trusts took a look at electronic document management 10 years ago and decided to deploy it, others sat back to see what would happen.

“Many of these thought they could achieve what they wanted through the EPR [electronic patient record] and that would mean they didn’t need scanned records. But they are now realising that this isn’t the case, and so they are looking again at EDM.”

According to Hall, one thing that has changed is that organisations are recognising that they don’t necessarily have to scan all their legacy records, something that can be an expensive and time-consuming process. “There’s more than one way of doing it,” he says. While some organisations actively want to release the real estate space currently filled with medical records, others have different priorities. A lot more are looking at on-demand scanning of the notes of presenting patients,” for example.

He points to the implementation of the company’s EDM product, MediViewer, at Noble’s Hospital on the Isle of Man to show what can be achieved. “They’ve cleared the medical record library. It’s mission accomplished.”

Paul Sanders, clinical systems director with Civica, believes that the technology is – relatively speaking – the easy part; the real challenge lies in understanding the processes involved, and taking staff along with you. “The hard part includes governance,” he adds. “It’s more of a transformation challenge.”

He says that there are several essential elements for successful implementation, including strong leadership – and that should be led by the senior management team rather than the IT department; proportionate clinical engagement; and organisational buy-in.

It is also vital to get the scope right. “You don’t want the project to be so small that it gets lost in the ether, but there are also risks in trying to take too much on,” he says.

One of the challenges, says Anne O’Hanlon, solution consulting director EMEA with Orion, is that documentation is often still based on what was required to run hospitals 100 years ago, without the recognition that services have changed.

“When someone is discharged from hospital today, the discharge summary shouldn’t just go to the GP; it should be available to the community nursing team, and pharmacy as well,” she says.

“In the 90s, there was a move away from paper [to digital] but it replicated the paper process, rather than taking the opportunity to do things differently and achieve real transformation.”

She encourages clients to think about the digital solutions as part of service transformation to get the full benefit, but also to recognise wider potential. For example, document management could revolutionise care for individuals and for populations, provided it is sufficiently well organised and “shreddable”, that is, data such as diagnosis and medication can be searched for and extracted.

This requires change in culture and practice, however, so that clinicians see the value – and are therefore prepared to play their full part in creating a record that can be usefully “sliced and diced”, O’Hanlon says.

This idea of a shreddable record chimes with Williams’ vision of using EDM to create a vast bank of knowledge that can give us unprecedented insight into disease progression and prevention. But he accepts there are challenges, not least changing the behaviour of his health professional colleagues.

While he says that clinicians recognise the potential benefits of digital records they are “sprinting to stand still”, in their day-to-day jobs. “The pressure on clinicians is huge, and resource limitations mean that back up services to help with this aren’t there. There’s not a lack of aspiration.”

He stresses the importance of ensuring that documentation adheres to agreed standards, with the proliferation of apps making standards more vital than ever. “We’re in an era where a thousand flowers [or applications] are blooming – without standards, it will be chaos,” he says.

There is some progress, he adds, pointing to the work of the Professional Record Standards Body (PRSB), a membership body working with the public and professionals to define the standards needed for good care records. But he warns: “Everyone thinks that standards are a good thing, but have difficulty embracing them. It will take a huge culture change, not just among clinicians but in senior and middle managers also.”

He welcomes the “requirement” for standards in national policy, but says: “There’s no mandation in the NHS, so it’s still up to organisations to embrace it.”
Properly organised, standardised clinical documents would actually save the NHS time and money. The trusts currently have to make returns to around 50 national audits, and contribute to many more national registries, Williams adds.

If the information were to be readily extractable from standardised records, with agreed fields (such as diagnosis, test results and medication) it would make national data-gathering much less onerous.

Is he optimistic that his vision from the 1990s will be realised and that we will see an NHS that is truly paper-light and reaping the benefits of digital? “I don’t despair. I decided some time ago that I wouldn’t see it in my lifetime, but I hoped to push the agenda along. I think we are doing that.”