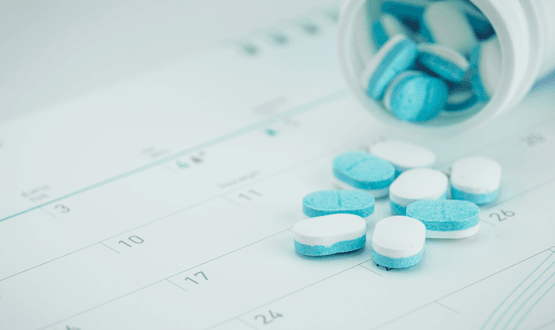 With national funding pledges to increase the uptake of e-prescribing in hospitals, digital medicines management is occupying a prominent place on the national agenda. But does that mean it can now finally hold a consistent place across NHS activity in local organisations? Jennifer Trueland investigates.

Digital medicines management seems to be front and centre of the national agenda at the moment. Hot on the heels of a Department of Health and Social Care review and an academic study into medication errors in England, in February health and social care secretary Jeremy Hunt announced £75 million to help NHS hospitals implement e-prescribing systems.

Some might say it’s about time. Although the technology has been around for years, and its benefits well rehearsed – reduced errors, improved patient safety and experience, financial and efficiency savings – uptake has remained gradual. The most recent Digital Health Intelligence clinical digital maturity index (CDMI) report showed 56% of trusts had gone electronic for outpatient prescribing, and 43% had for inpatient prescribing.

So will the reports, reviews, and government investment actually make a difference on the ground? Has the battle for digital medicines management been won?

According to Robert Tysall-Blay, chair of industry body techUK and chief executive of JAC Computer Services Limited, it has – at least to an extent. “I think everybody at national and local level accepts that digital medicines is a good thing,” he says.

“But there is still a battle in terms of priorities – where medicines management sits in the bigger agenda of digitising the NHS. At a national level, there’s excitement about the potential, including benefits of clinical safety and clinical outcomes. The end-user [prescribers, pharmacy services] have an appetite for it, but they are so stretched, and have so much else they have to achieve, so it is not surprising there are some reservations.”

But if digital medicines management has been slow to take off in hospitals, some say it’s a different story in primary care. According to Candice Moore, NHS Digital programme head for digitising community pharmacy and medicines, digital is already making a difference to patients and to workload in this setting.

She points to a recent extension of the EPS (electronic prescription service), which means patients seeking care out of hours can have their prescriptions sent electronically to the pharmacy of their choice. “The biggest benefit we’ve seen so far has been for patients contacting NHS 111 – it saves faxing a prescription, and as it’s all being done electronically, saves the patients a lot of time and hassle. We’re working with suppliers in this space, but we’ve already had a lot of positive feedback.”

Moore also cites moves to introduce a digital system to show whether patients are entitled to exemptions from prescription charges – something that should both help to cut down on fraud and help patients who are unsure whether they should be paying for their prescriptions. Work is also underway to allow digital prescribing of controlled drugs.

Shaun O’Hanlon, chief medical officer at EMIS Health, reports that some 70% of the 650 million prescriptions produced per year are now electronic. “I think it’s become mainstream – it’s beyond the bleeding edge,” he says. He also reports more and more patients are electronically ordering prescriptions.

The big challenge, he says, is in reconciliation of medicines as patients move between different parts of the system. “Some 95% of patients only get their medicines from a GP, so this doesn’t affect them, but as soon as you go into hospital and are discharged from hospital it becomes more challenging,” he says.

This is serious because, as he points out, around a fifth of hospital readmissions are due to failures to accurately transfer changes to medication to the GP system. “This isn’t a criticism of GPs or hospitals, but it’s not clear to the GP what has changed. There’s a break in the electronic chain and that’s a safety risk.”

He is optimistic that greater interoperability, party driven by uptake of common standards, will transform this situation. He envisages a vital “single view” of a patient’s medication, wherever they are in the system.

The potential power of prescribing data

For Richard Ashcroft, programme director for digital medicines with NHS Digital, digitisation of medicines administration doesn’t only offer safety benefits. It could also represent an enormously helpful stream of new data. While he emphasises it’s a “less mature” piece of NHS Digital’s work, he says there is huge potential benefit from linking prescribing data with hospital episode statistics and outcome data.

Gary Mooney, healthcare architect with InterSystems, also believes that medicines management technology has the potential to support precision medicine by identifying which patients will do best on which particular drug or dosage. “Moving forward, it’s about having a clear strategy in how we make the best use of the opportunities in precision medicines, for example in oncology. But it’s also about more routine situations, for example, learning more about elderly patients and how they metabolise medicine. Individuals metabolise medicine differently and if we can find out [from big data showing the likely outcome for patients with specific biomedical markers] how a person is likely to react to paracetamol, for example, then this could influence dosage.”

Linda Elverson, business development director with Civica, also believes that there have been “key acknowledgements” that suggest we are at a tipping point. But she adds: “Converting these acknowledgements into tangible actions that will support and enable trusts to adopt electronic prescribing remains a challenge for many.”

She cites a number of essential factors to make the most of digital medicines management, including making sure the solution supports the particular requirements of specific care settings, recognising the need to change culture, and ensuring that organisations support the change with leadership and management and good communication.

She is optimistic about the future. “Whilst we remain at a fairly fundamental stage of adoption, digital medicines management will evolve across organisations and specialities and beyond existing boundaries,” she says. “Having the capability to adapt and integrate is an essential part of electronic prescribing as trusts’ transformations advance.”

Tysall-Blay makes a similar point. “We’re seeing people looking regionally [at digital medicines management], not just looking trust-wide,” he says. “But at every level, you need top-down and clinical buy-in, effective project management and robust infrastructure for a successful implementation.”

Aaron Jackson, solution director for medicines with Orion Health, also believes efforts to support culture change are crucial to success. He cites the company’s recent roll-out of its medicines management solution in NHS Greater Glasgow and Clyde, which commissions and delivers services for some 1.2 million people. Engagement with users has been key, he says. “The team have done a fantastic job of training and education and it’s been received really well.”

As a clinical pharmacist Gangotri Darji worked with paper-based and electronic systems – and she is in no doubt which she prefers. Now working as a senior solution adviser at Cerner, she is practically evangelical about the power of digital.

“Medication-related errors cost the NHS nearly £100 million a year in re-admissions, length of stay and litigation – digitisation reduces errors which is good for the health service, and obviously great for patients too,” she says.

Clinical decision-support software transforms prescribing in several ways, she says. By giving prescribers evidence-based advice, consistency of care is improved, but so is the ability to personalise treatment. For example, the system flags up potential conflicts with other medicines so that an alternative strategy can be found. “Integrated clinical decision support is humungous,” she says enthusiastically. “You can pick [potential problems] up before they happen rather than further down the line.”

And as she points out: “Medicines are integral to every workflow, whether it’s in hospital, the community, primary care or tertiary care.”

She says barriers to uptake include cost, interoperability issues, and the fact some organisations are still largely paper-based. But nevertheless she is optimistic that developments in digital medicines management will transform care in the future. “The appetite is immense,” she says. “Whether or not you are still on paper you should be looking at medicines management as integral to everything you do.”