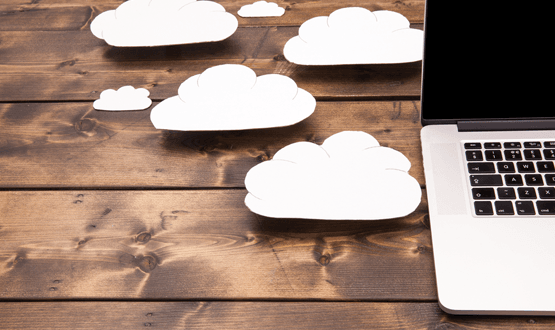 Earlier this year, national bodies officially approved the use of cloud for NHS data. But does this mean NHS organisations are now embracing it wholesale? Vivienne Raper investigates.

Cloud technologies aren’t news to the NHS. In 2013, the UK government introduced a ‘cloud-first strategy’ for public sector IT, including in healthcare. However, it took until early this year before official guidance was issued stating that cloud could be used for NHS data.

In January, NHS Digital – along with NHS England, the Department of Health and Social Care, and NHS Improvement – issued a guidance document that approved organisations using the public cloud for health and social care data. Provided, that is, appropriate safeguards for digital sovereignty are in place.

Potential benefits of moving to the cloud are frequently cited – improved security, reduced costs, and freeing up in-house teams to work on other tasks among them.

Yet, at the same time, there are challenges to cloud deployment. So are the potential benefits of cloud translating into deployments? And are the barriers to cloud adoption being overcome?

A rapid shift to cloud

“Without a doubt, there has been a rise in market opportunities where, at the minimum, customers want ‘cloud-first’ as an option,” says Paul Sanders, clinical systems director at Civica UK.

The percentage of customers running, for example, Civica’s SLAM and CostMaster software on the company’s cloud is currently in single digits, he says, but “over the next 18 to 24 months, we expect that whole customer base to move to software as a service – it’s that level of sea change”.

He suggests that breaks down as 25% of customers actively working in the cloud, and another 50% who are testing the waters – settling their own minds that it’s safe and secure by, for example, using it as a training environment.

James Rawlinson, director of health informatics at Rotherham NHS Foundation Trust, has already run a number of training sessions on cloud for the Yorkshire and Humber Information Skills Development Network. “I’d say there’s been a lot of interest from a lot of people,” he says.

Part of that will be because of the perceived benefits of cloud. As well as reducing pressure on resources, many point to greater flexibility – Cavell, for instance, highlights the possibility of scaling up virtual infrastructure to meet heavy load times, such as login and logoff around 9am and 5:30pm.

For Ric Thompson, managing director health and care at Advanced, the wider benefits of cloud are healthcare systems “whereby hospitals, primary care and social care are truly joined up – and not by sending physical letters to each other”.

He argues that GP practices, as small- to medium-sized enterprises with potentially limited local IT support, have actively embraced the cloud. Out of 3,800 of customers using Docman GP, a quarter have already moved to Docman 10, Advanced’s cloud-based software platform.

“Practices are joining together in federations or networks,” he says. “But their physical locations are not changing, so something needs to change to enable business processes to work at scale.”

As cloud technology spreads across the NHS, he believes hospitals and GPs will collaborate more closely – and in real time.

According to Jane Rendall, managing director for Sectra UK and Ireland, cloud technologies could aid sharing for research purposes. She gives the example of the cloud-based infrastructure being developed for sharing data across the UK and internationally on the back of the 1,000 Genomes Project.

In a statement, the Alliance argue that open APIs, based on fast healthcare interoperability resources (FHIR) standards, will be “fundamental to unlocking the potential of population health and data analytics, and to the delivery of the NHS England Local Health and Care Records Exemplars (LHCRE) programme.”

Despite the benefits, only 17% of NHS trusts that responded to a recent Freedom of Information (FOI) request expected to see a return on investment from public cloud services.

This gloomy outlook was potentially attributable to concerns over security and compliance, along with budget worries, which 55% of respondents saw as their biggest challenge to adopting cloud, and legacy and vendor lock-in (53%).

According to Darren McKenna, director of informatics at Northumberland, Tyne and Wear NHS Foundation Trust, security issues are solvable – provided impact and risk assessments are done correctly, and appropriate controls are in place. “I think the barrier is about skills in the NHS,” he says. “You’ve got people who are really switched on, but it’s not across the board by any means.”

“The other big barrier is the different funding model,” he explains. The NHS has traditionally funded IT based on new capital bids to replace old infrastructure, whereas cloud requires a sustainable revenue source.

“One of the biggest struggles we’re having is unlocking capital to turn into revenue,” he says.

McKenna says he was unsurprised by the national guidance. “It reinforces the position that was always there; you’ve got to do risk assessments, impact assessments, as you’d do whether on premises or in the cloud.”

Comments Gary McAllister, chief technology officer at Guy’s and St Thomas’ NHS Foundation Trust: “From my point of view, the guidance made clear that the NHS and public sector should be in the cloud, and cloud data centres are more secure and well looked after than anything we could design and provision.”

Yet, for others, the release of the guidance was a game changer. “It seemed to unlock people’s attitudes to the cloud,” says Cavell. Customers were risk averse about adopting the technology but, after the guidance, “we’ve seen a much bigger shift in people interested in cloud”.

The guidance may have also changed attitudes at the executive level. “I don’t think there was anything that was a light bulb moment,” says Thompson, “but what I think it did was shine a light for people who are not as versed or familiar with the clinical informatics arena – hopefully it’s created a conversation in the boardrooms of trusts”.

McAllister has seen the guidance improve cloud awareness among clinical leaders. “The guidance has given visibility to cloud at an executive level, and through that we have the opportunity to justify deployments,” he says.

But will growing awareness of cloud lead to rapid change? “I think the important thing about what we’re doing is it’s not a big bang – it’s an evolution, not a revolution for us,” says McAllister.

Guy’s and St Thomas’ are planning an Office 365 migration later this year and, according to McAllister, the long term plan is to host large programs in the cloud, with a limited amount of equipment onsite. He emphasises they’re working on 5 or 10 year time scales.

McKenna also favours a slow-and-steady approach, with Northumberland, Tyne and Wear’s main thrust over the next 18 months being an Office 365 migration. “We’ve got quite stable on-premise infrastructure, so don’t have an immediate need to jump to anything else,” he says, although the trust is taking a cloud-first approach to new developments.

Like the tortoise, he thinks the NHS will eventually win the race to cloud technologies. “The NHS will move towards cloud computing – every other industry is doing that. Our adoption will be a little slower, but that’s the direction of travel,” he contends.