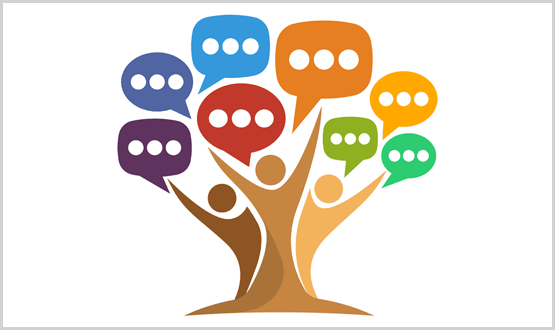 Physical and mental healthcare interact in complex and significant ways, and yet traditionally the NHS has treated the two as separate issues. Can digital shared records help address this unhelpful separation and improve patient care? Jennifer Trueland investigates.

As a psychiatrist, Ayesha Rahim has trained for years to develop an expertise in mental illness – and one of the key lessons is that it doesn’t exist in isolation.

A person’s physical and mental health are inextricably linked but this is not always reflected in how services are designed or, crucially, in the way that information flows between different parts of the health and care economy.

“People don’t exist in silos but care often exists in silos,” says Rahim, from the Royal College of Psychiatrists. “Having access to information means that you can make better clinical decisions.”

When talking about mental health services, it has almost become axiomatic to describe them as “Cinderella”. Chronically underfunded and still beset by stigma, even the budget announcement of a minimum £2 billion cash boost is unlikely to turn the mental health pumpkin into a carriage and send it to the ball.

Ahead… and then behind

Hardly surprisingly then that, when it comes to digital, mental health services have recently been felt to be lagging behind other parts of the system. This hasn’t always been the case, however. Digital pioneer Sarah Amani – who is now senior programme manager at Oxford Academic Health Sciences Network but was previously a mental health nurse and chief clinical information officer – says mental health was initially ahead of the game.

“It’s a bit of a paradox. The mental health world was using electronic health records ahead of other areas and most [trusts] went digital by 2009. But then not much changed in the next 10 years.”

This situation could be about to be transformed – and not because of fairy godmother Philip Hammond either. A growing recognition among key players including clinicians, vendors and senior managers that all parts of the system should work more closely together is galvanising action, with some areas already some way down the track to a shared record which integrates physical and mental health.

Health secretary Matt Hancock’s drive towards interoperability is only likely to increase the momentum, which is music to the ears of enthusiasts such as Rahim and Amani.

The benefits of sharing information are tangible, says Rahim, who holds the posts of deputy medical director and chief clinical information officer at Lancashire Care NHS Foundation Trust. Her own area’s shared care system – the Lancashire Person Record Exchange Service (LPRES) – means that with patient consent, data from the GP record and from acute and community providers can be made available to authorised members of the health and social care economy.

This is good for the service user, but also for the efficiency of services, she says. Take the example of a psychiatrist who wanted to prescribe a particular drug for someone’s mental health condition but who was aware the individual also had a heart problem. Previously, the prescribing decision would have had to be have been deferred until advice could be sought from the GP or cardiologist about the heart medication and any possible interactions.

“It could mean the patient would have to wait a few weeks and come back to see me for another appointment,” she adds. “But what I can do now is go into the service user’s record and look for myself. It can help me make a decision there and then without having to play around with phone call ping-pong or waiting to get information faxed over. It’s very powerful and has made a real, tangible difference.”

Real benefits flow when communications between mental health and other services improve, says Nike Harte, solutions director with Cambio UK. “Where it works, the impact is incalculable,” he says.

From Sweden to Scotland

He points to experience in Sweden, which he says is further ahead than the UK when it comes to integrating and sharing patient information across services. For example, Kronoberg County – where his company’s Cosmic healthcare information system has been in use since the early 2000s – has an integrated electronic patient record covering all of the health system, including mental health, and has been recognised as a pioneer by the European Commission.

“In Sweden they’ve been doing it for 20 years now, and to them it seems obvious that you provide better healthcare when you share information,” says Harte. The UK is following suit, he adds. Cambio has been commissioned to help Scotland take a similar approach, by supplying a national clinical decision support system across the country, starting in primary care with the aim to taking in everything eventually, including mental health services.

Harte believes that progress will speed up when systems deployed in mental health organisations bring real and immediate benefits to the clinicians who are using them, including clinical decision support applications that help with day-to-day patient care. “When it makes a real difference to the lives of clinicians, it will develop organically,” he says.

Michael Dolan, chief executive officer of CareWorks, is a firm believer in the value of bottom-up approaches to drive integration and information sharing. He points to Wales, where the company’s CareDirector EPR system is bringing health and community care together in what is known as WCCIS (the Welsh Community Care Information System). “We’re seeing huge potential with organisations working together that previously hadn’t,” he explains. “It’s going really well and achieving a lot, with around two thirds of organisations up and running.”

What has been particularly interesting in Wales, he reports, is that the process has been opt-in, meaning no organisation has been compelled to take part. “Nobody is forcing them together, and it’s been a very positive experience,” he says.

“Policy is the driver, but IT can show the way. On integration, for example, IT provides the opportunity for people to have that conversation, and provides the tool to help it to work.”

Recognising the potential of digital

There might be exciting developments now – and Dolan for one is a believer that the foundations are in place to make IT-enabled integration a reality – but why has it taken so long? And why have mental health services lagged behind other services in reaching digital maturity?

Rahim believes that organisations in the sector must recognise the potential of digital, something she says is already happening at her trust. “Mental health organisations have borne the brunt of cuts to the NHS,” she says. “But we have a really informed and enthusiastic board – they really get it. It [digital] is not a little box you have to tick – it’s a golden thread running through everything that we do.”

That’s not to say that everything in the garden is lovely, even where there is a will – and the requisite technology and agreements – to share information between organisations. “You have to make sure your records are in a fit state to be shared,” she says wryly. “You wouldn’t want to share inaccurate data.”

Amani accepts that a lack of financial investment in mental health is one reason for the lack of progress, but also points to cultural issues. “There’s a tendency for people to horde information rather than share it. Some of this is down to ignorance – people are misinterpreting data privacy law, although some clinicians are better than others.”

The need for bridges and sensitivity

There are particular issues with sharing mental health data, she concedes, with the stakes remaining lower for information about physical health issues. “It would be a very serious incident if someone’s schizophrenia were announced to the world,” she says. Nevertheless, she believes there are significant benefits to a person’s physical and mental wellbeing if services are joined up – and the electronic patient record has an important role to play.

“There’s a real need to build a digital bridge between primary and secondary care and mental health,” she says. She cites the case of a patient who puts on weight because of taking a drug for a psychiatric condition. The weight gain puts the patient at higher risk of heart disease and diabetes, both of which could be prevented if the patient’s GP is aware that the patient is being prescribed the medicine and that it has these side effects. “If the GP knows about it, they can ramp up the contact and monitoring accordingly,” she says.

She is optimistic that change is coming, and believes that the health secretary’s public commitment to digital health will help. But she also believes that senior managers must get behind it by, for example, by giving more support to chief clinical information officers to fulfil their roles.

As for Rahim, she doesn’t necessarily think there will be one “tipping point” where we move to one shared record for mental and physical health across the board. “I think we’ll get to the point where it’s happening – where it’s business as usual,” she says. “That will be good for clinicians and organisations – but most of all, it will bring benefits to the service user and that’s what we all want.”