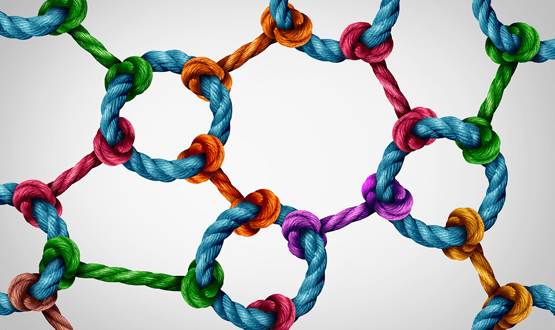 The new secretary of state for health and social care has placed interoperability at the heart of his vision for the NHS. So is the long-standing nut of information sharing between systems about to be cracked? Jennifer Trueland investigates.

With his initial technology strategy, secretary of state for health and social care Matt Hancock has made it perfectly plain what he wants to see in the realms of NHS IT – and interoperability is right at the heart.

Outdated and obstructive digital systems will become a thing of the past, he has frequently stated. A set of standards will be the order of the day, to ensure systems can speak to one another. Indeed, he has said such standards will be mandatory.

It would be easy to react with cynicism to Mr Hancock’s vision which, after all, is hardly revolutionary. He is not the first health minister in a UK country to express the wish that systems could better communicate with each other, and it’s fair to say that none has entirely turned that wish into reality yet.

But there is some optimism that this time, at last, the conditions are set fair to bring the interoperability goal closer, with concomitant benefits for patients, clinicians, and local and national health and care economies.

A nut about to be cracked?

So is the interoperability nut about to be cracked – and what will be necessary to make it finally happen?

For GP and IT leader Amir Mehrkar, the big change that is needed is less about process and more about values. “For the NHS, I don’t believe the challenge of interoperability is technical. The technology exists – across the world, information is flowing,” he says.

“But I don’t think we in the NHS often think about the values around information sharing. Values are intrinsic to the way that we [as humans] behave but one of the problems has been that sharing patient information isn’t seen as an obvious value.”

Mehrkar is co-founder and co-chair of INTEROPen. The organisation brings together the NHS, industry and other stakeholders to work collaboratively on accelerating the development of open standards in the health and care sector.

As a practising GP with a burning interest in how IT can help clinicians and patients, he had felt there was a need for a forum where different stakeholders could get together in an open way to drive forward the interoperability agenda.

The board – which includes representatives from national organisations including NHS Digital, standards bodies and NHS England, as well as vendors and the health service – meets each month to discuss ideas and projects.

INTEROPen’s role in coproducing FHIR profiles is an example of the positive work that’s going on, he believes. “I’m excited by the people who have put their organisational labels aside and want to join together to do the right thing,” he says.

Neill McAnaspie, solutions director at IMS Maxims, believes that INTEROPen is a big part of the reason for the advancing of the interoperability agenda.

“I think there’s been a huge amount of progress [on interoperability] in the last year and INTEROPen is leading from the front,” he says. “For the first time we have an organisation leading on the development of open standards and there’s a lot of industry buy-in.”

Anne O’Hanlon, solution consulting director at Orion Health, believes that greater collaboration actually encourages innovation. She says there is a growing recognition that working together and sharing information does not lead to companies losing their competitive edge – quite the contrary.

“I think there’s a realisation that all of our software works better when it’s plugged into other vendors’ software,” she says. “The market is big enough for everyone.”

She believes that getting to the point where interoperability is a given, with everyone working to the same standards, will create a level playing field and encourage innovation. “I’m very excited by the vision that Matt Hancock has set out,” she says.

The need to deliver on open standards is not the only barrier to be overcome to make interoperability a reality. Most agree that it would be easier to start with a blank sheet rather than the current situation that sees organisations tied to legacy systems and outdated infrastructure that might – or might not – contain data relevant for today’s care.

Nevertheless, the interoperability agenda was already having an impact on the health and care system and filtering through into tendering processes, for example, even before the health secretary was so explicit about making it a priority.

“Every procurement I see now has an interoperability element, but it’s much wider than that,” explains Brian Ellwood, product manager with Soliton IT. “We’re starting to see that people are actually having more need to share things. NHS reorganisation – for example, STPs and trust mergers – has been a driver for interoperability because different organisations are having to work together.”

According to Ellwood, the way that finances are organised is a potential barrier to greater interoperability. “Everyone knows that healthcare organisations should be sharing more information, but if two organisations need to share you need something to link them together. The question is who pays for that.”

He would like to see funding made available at a national or regional level to pump prime and incentivise sharing arrangements. “With the finance and the will you can get over that barrier and we hope it will happen,” he adds.

Multi-faceted and on many levels

As to whether interoperability will be ‘cracked’ soon, some believe this is the wrong metaphor. “Saying it’s a nut to be cracked somehow suggests that tomorrow will be better and yesterday wasn’t as good,” says David Hartman, manager and senior business developer in the Population Health team with Cerner.

“There’s a lot of good stuff going on. The reality is that interoperability is multi-faceted and there are many levels to it.” And so there is unlikely to be one big bang where it is suddenly achieved. Rather, it is a process that will continue to develop.

Sean Ridley, clinical lead with Cerner’s Health Information Exchange, says while it has been encouraging to see return on investment where information sharing becomes a reality, there is more work to be done. “Part of that is educating the public about the safeguards in place to keep their information safe. That way, they can be confident their information is being shared with their best interests in mind, and that associated risks are being mitigated against.”

Professor Michael Thick, chief medical officer and chief clinical information officer with IMS Maxims, believes the public is on board with interoperability. “From the patient perspective, they think it’s all there already,” says Professor Thick, who is chair of Digital Health’s CCIO Industry Network.

That does not mean that there are no more public discussions to be had, however. “Once data is truly interoperable, who holds the patient record? Whose data is it?” he asks.

Nor does anyone imagine that moving to the next level will be simple. “I think there’s good reason to have optimism,” says Paul Sanders, clinical systems director with Civica. “But there are barriers, including the ability at a local level for trusts to do what they have to do. There are always other priorities, such as coping with the winter crisis.”

He wants trust boards to show “clarity of purpose from the top” and says the benefits will make themselves felt. “The clinical community is desperate to get a better level of interoperability,” he adds.

David Hancock, client engagement director with InterSystems, also takes a measured view. “Has progress been as fast as everyone wants – obviously not,” he says. “But is the momentum in the right direction? Yes it is.”

He supports bottom-up change, believing it is the way to achieve real transformation. “In the past, the NHS has been guilty of trying to do this in a very top-down way,” he says. “There’s still a residual DNA in NHS Digital that you can do this top-down, but you can’t.”

He believes it is important to recognise that different health economies have different end points and priorities, and that there is also huge variability in the capabilities and capacity of staff on the ground. “Saying top-down that you have to do this when you don’t have the staff won’t work,” he adds.

He does believe there is a role for the centre in supporting implementation of FHIR standards, however. He also wants the centre to spread good practice. “When a local health economy solves a problem, how do you share that?” he says. “We should solve it once, locally, then deploy it nationally.”

Hancock sits on the board of INTEROPen, representing techUK, and believes it has an important role to play. “We are absolutely working collaboratively, and I think that the suppliers that are actively engaged in INTEROPen really ‘get’ it. The market needs to realise that quite frankly the cake is big enough to go around but you need to get moving to have the cake. We owe it to patients and to taxpayers to get this right.”

As for Mehrkar, although he is ambitious for INTEROPen and believes it is speeding progress on interoperability, he warns against creating unrealistic expectations.

“This is not something that happens overnight,” he says. Nevertheless he calls on everyone to back the health secretary and be open to sharing information – and working together. “We need to get behind this and really revolutionise the NHS,” he says.