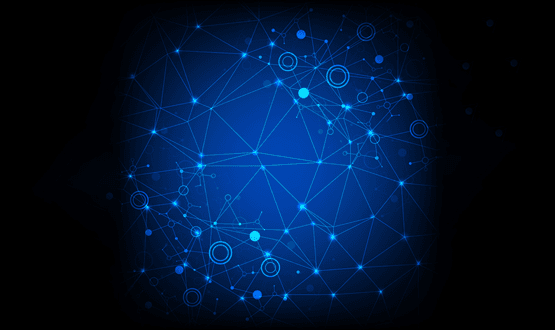 Last Spring, NHS England announced the latest initiative designed to radically advance shared care records. The five Local Health and Care Record Exemplars (LHCREs) are now starting to properly bed in. But how much progress has been made on shared records, what obstacles remain, and can the exemplars help other areas of the NHS progress? Maja Dragovic investigates.

The mission of the Local Health and Care Record Exemplars (LHCREs) cannot really be seen as new. Indeed, to look at the five regions that were selected – Greater Manchester, Wessex, One London, Yorkshire and the Humber, and Thames Valley and Surrey – is to see areas in which, no coincidence, some progress has already been made on constructing a shared record.

In Yorkshire and Humber, for example, the core software that underpins the orchestration of data across the region’s health and care organisations is based on software built for Worcestershire Health and Care NHS Trust as part of its global digital exemplar (GDE) programme.

It’s a similar story in Greater Manchester, where the LHCRE is building on the GDE work at Salford Royal NHS Foundation Trust. “We are sharing structured and semi-structured information across most of our localities already using the Graphnet CareCentric product and transferring over 500,000 documents every month between primary and secondary care using Docman,” explains Stephen Dobson, chief digital officer at Greater Manchester Health and Social Care Partnership (GMHSCP).

Building on the foundations

The exemplars will be charged with paving the way to such lofty goals, crafting ‘blueprints’ to help other areas along the journey. But those working within them have confidence progress is already being made. In Greater Manchester, for instance, the area is in the process of joining up its 10 localities that already have a strategy for sharing records to allow sharing right across GM, says Dobson.

And there are trials of an integrated care record for use in dementia and frailty, with plans for further use in community-centred care approaches and social prescribing.

“Our integrated care record will become a major enabler for GM’s digital strategy helping to transform the way we provide health and care for our 2.8m citizens across public services,” he contends.

Yorkshire and Humber has similarly ambitious plans. Two proof of concepts have been created in Rotherham and Leeds centred on the sharing of information across multiple care settings. Corbridge says progress has also been made on connectivity and standards for information sharing.

“The LHCRE initiative feels like a giant leap into digital health teams collaborating across the country more than I have ever seen before,” says Corbridge.

And some suppliers are optimistic that the LHCREs will serve to catalyse change and drive progress towards better information sharing. Among them is Paul Sanders, clinical systems director at Civica. For one, Sanders expects LHCREs to advance the thinking around sharing of information. “It’s more than just the health organisations – local authorities and others build into it.”

Certainly if there is one area in which LHCREs could helpfully blaze a trail for others to follow, it’s probably on the traditionally-tricky area of information governance (IG) and data sharing agreements.

Gary Birks, general manager UK and Ireland at Orion – whose technology underpins shared record setups in regions including Bristol, North Somerset and South Gloucestershire – fears it is IG worries which could continue to act as a key stumbling block.

“In our experience, the one thing that will slow down the delivery of the actual benefit for the clinicians and patients is ensuring that locally the sharing agreements are absolutely in place across all of the stakeholders,” says Birks.

“I think it would help if Dame Caldicott [the national data guardian] gave more statements out to the public around LHCREs and shared records to support what LCHREs are attempting to do. Sometimes information governance can lose sight of the patient and the priority.”

In Yorkshire and Humber, Corbridge says there’s definite awareness of those risks. The area is adopting the current IG guidelines developed in Sheffield and within the Leeds Care Record. “These are tried, tested and proven routes for the sharing of information and enable the delivery of integrated care based on an information fabric across the whole region.”

In Greater Manchester, meanwhile, citizen juries and a large public opinion study is supporting a deeper understanding of public attitudes around data sharing.

If IG is a well-rehearsed challenge in advancing shared care records, so too is the issue of resources – both finance and people.

“As with a lot of programmes of this nature, education, training and engagement across a large and disparate workforce will be a challenge,” admits Dobson. But he’s confident that the area’s devolved structures will “allow us to engage with representatives and decision-makers across the city-region”.

For Corbridge, funding types are an issue on the agenda. “In particular the type of funding (capital) and the need for funding this type of technology (as a service capability) and the need to understand the impact once the funding timeline has been reached.”

The LHCREs have two years in which to make progress, and to spend the £7.5m of central funds they’ve been allocated. David Hancock from InterSystems warns that it is important that revenue-based operational funding is as equally important as capital funding.

“This is a great thing to prime pump and get it going, but the NHS has got to think about how it’s going to fund these things going forward.”

What there is confidence in, however, is the benefit establishing a shared care record can bring. In Greater Manchester, several of its 10 localities have been sharing information across their footprint for a while and most have qualitative or anecdotal examples of where sharing is benefiting staff or patients, says Dobson. “For instance, sharing data from GPs into A&E or pharmacy, or between GPs for extended services, from GPs to care homes and hospitals for hospital-led Skype consultations for care homes.”

And there is hope that the growth of shared records will also have an impact on beliefs around the need for open systems. “One of the big issues in healthcare is that there aren’t many systems with open APIs and the systems that need to be connected have different capabilities to allow for data to be extracted,” contends InterSystems’ Hancock.

And Birks is pleased that LHCREs underscore one of the major themes Matt Hancock has emphasised since taking up the role of health and social care secretary – interoperability.

“LCHREs are driving the need that every vendor now needs to start to be more open and interoperable because, if they don’t, they will start to struggle in the market,” adds Birks. That alone, most would agree, would be a huge achievement.