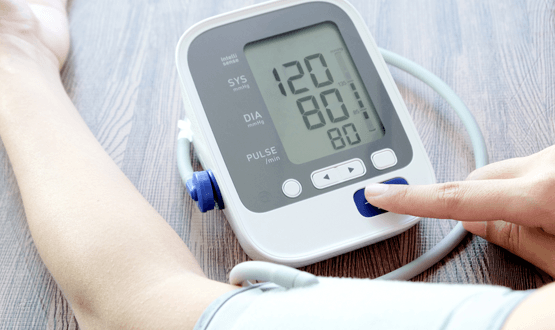 Telehealth was once touted as the key to providing better care closer to home, allowing for remote monitoring of patients and better support for self-care. Then the pot seemed to go somewhat off the boil. With technology having marched on significantly are we back to a situation in which it’s once more in the ascendant? Jennifer Trueland investigates.

Rachel Binks has a vision. As nurse consultant for digital and acute care with Airedale NHS Foundation Trust, she wants telehealth be part of a transformation that will radically change the way the health service engages with people.

Airedale has long been at the forefront of telehealth innovation and its services and approach have won much praise and many awards. It also has a reach well beyond its local area. More than 500 care homes across England have signed up to its digital support service, for instance, which allows 24/7 access to clinical advice and support for residents via a secure two-way video link.

It has also developed services for prisons and for people in the last year of life, as well as monitoring people with long term conditions at home, preventing hospital admissions and GP appointments.

The central idea is to use technology to support remote monitoring and self-care. But Binks emphasises the tech is not the story in and of itself. “Lots of people think you can put kit in place to allow people to talk to each other clinically, for example, but it has to be more than that,” she says.

“We’ve set up a full managed service with proper governance – we are one department in an acute trust; we are the digital care hub and we deliver health services remotely. It’s the whole system that has to change, not just putting the tech in place.”

So is this telehealth as it was once understood? Ask a room of 12 people what the term means and it’s highly unlikely you’d get one consistent answer. For some, it means video consultations, for others, it’s an umbrella term taking in a plethora of technologies including apps and wearables; there are also those for whom it is simply an old-fashioned term for remote monitoring. These days, NHS England prefers “technology enabled care services”.

What most would agree on, however, is that whatever it’s called, telehealth as a means of remote monitoring and self-care promotion has not gained the traction in the health service that was anticipated some 20 years ago. The Whole System Demonstrator study – a trial of telehealth which reported back somewhat mixed results in 2011 – perhaps can partly take responsibility for that.

While there have been pockets of good practice – Airedale included – and many short-lived pilots, wholesale adoption of telehealth solutions has remained elusive. And that’s even as technology has moved on.

Adrian Flowerday is managing director of Docobo, which offers a range of solutions under the telehealth banner, and which was founded in 2001.

Although the landscape has changed since then, he’d be the first to admit that telehealth hasn’t gained its place in the mainstream of the NHS in the way he’d have hoped. “They say it takes 17 years to get an invention into the NHS and we are starting to get there,” he comments wryly.

“That’s not to say there aren’t some great things going on. But it’s a complex world and it’s not as simple as some people think.”

Getting the cohort right

Like Binks, he believes that the route to acceptance and creating a “business as usual” buzz around telehealth solutions is strongly reliant on people, not just technology. He also warns that previous attempts have been hampered because of a lack of a systematic approach.

“The problem comes when you don’t select the right patients to get the right returns,” he says. “Patients have been chosen in an ad hoc way rather than using data from population health systems that will show you which patients would benefit from monitoring. When you get the right cohort, you really see the difference it can make.”

A lack of funding to promote the change management necessary for wholesale adoption and change management is also a concern, he says, and even where there is senior management buy-in, there can be near insurmountable barriers. “The problem is a lot of treacle in the middle; there are a lot of layers of management between the top and the nurses who would be delivering the service.”

Serving a population of 320,000 spread over 32,500 square kilometres – some of that with poor or practically non-existent public transport links – NHS Highland has made various attempts over the years to use telehealth solutions to bring services closer to patients. But they’ve often been scuppered by issues such as poor connectivity and a lack of engagement from some clinicians.

Taking a systematic approach, involving redesign of the whole process, and consulting patients and staff at each step of the journey is proving more successful, however.

NHS Highland’s Clare Morrison leads on NHS Near Me, a telehealth approach which is being rolled out across the health board after a successful pilot last year. “I’m from a quality improvement background, and we spent six months trying it with patients, clinicians and other staff,” Morrison explains. “We were looking at the whole experience and it was terribly important to look at the whole system, not just adding in the video conferencing to the existing system.”

NHS Near Me links patients up with specialists at Raigmore Hospital in Inverness either from one of four staffed hubs, spread over the region; from unstaffed hubs (for example in GP practices); or from home for patients who are both eligible and willing.

Huge efforts have been made to ensure optimal consultation conditions – for example, the walls of the remote hubs have been decorated in shades of grey, and specialist lighting has been chosen to give the truest representation of the patient over the video-link. “It’s important that the clinician can see if the patient is actually washed out, not because of the colour of the walls,” says Morrison, explaining that white paint shades can make patients appear pale when they might not be.

Significant changes were made in the trial period. For example, initially patients were sent an email link to join their appointment and entered a virtual waiting room, but now there is a single entry point where the patient is greeted by a receptionist at Raigmore, and directed to the correct place – exactly as they would with a physical appointment.

A need to reimagine

“There’s been really good clinical engagement and patients love it,” Morrison says. “The decision [about whether to offer a virtual appointment] is left with the clinician, and it’s decided on an appointment by appointment basis.”

Jim Ritchie is a nephrologist and chief clinical information officer at Salford Royal NHS Foundation Trust, and agrees that a whole systems approach is key. As programme director for the trust’s Digital Control Centre, he stresses that technology is an opportunity to look at doing things differently, rather than trying to slot the tech into existing systems.

“We’ve tried taking technology and putting it into the established paradigm, and that didn’t solve a problem for us.” Looking at it the opposite way – that is, from the point of view of patient need and how the technology can help (and with an open mind) is the way to go.

He hopes that in the next five to 10 years, telehealth will be “business as usual”, but warns: “You have reimagine services – be prepared to do things differently.”

Maria Timson, product manager with Telehealth Solutions, part of the Microtech group of companies, believes that remote monitoring will continue to develop and will gain more traction as the benefits are better understood.

“It’s not about what you call it, it’s about the impact on people’s experience,” she says. “One of the important benefits is that it helps people to be contributors to their own health and wellbeing. But we know we have to evolve all the time and that’s the exciting thing for me.”

She points to the Carnoustie Medical Group, a GP practice in Angus, Scotland, which uses her company’s SurgeryPod solution to help patients – including those with long-term conditions – to monitor their health by coming to the surgery at a time that suits them, and without making an appointment.

Essentially a self-management toolkit, this allows patients to input data on health markers such as blood pressure, weight, and oxygen saturation levels as appropriate. Results are fed through to the practice team, cutting the time needed for consultations and putting more control in patients’ hands.

The solution is also deployed outside health settings to improve access for people, particularly in rural areas. This includes Letham, also in Angus, where there is a SurgeryPod in the local community centre.

“Patients feel they can just come in and use it – it’s their facility,” she says. “It’s an example of service transformation that is benefiting the health service and is improving the quality of care for patients.”

Binks is optimistic that telehealth solutions more broadly (she tends to think of that as an umbrella term) will become more mainstream in the near future, but says it will involve both a culture change and efforts to think bigger.

This includes geographically, and she believes that the larger groupings of services in sustainability and transformation partnerships (STPs) and integrated care systems (ICSs) offer real opportunities.

“My vision for the next five years is that every single area that has an ICS should have a hub supporting a monitoring people outside hospital,” she says. “We should be looking at having people with wearables that red flag when there is a problem – but again, somebody needs to co-ordinate that.

“Culture change is hard, but people at the top of our trust have supported this all the way – they’ve really let us fly.”