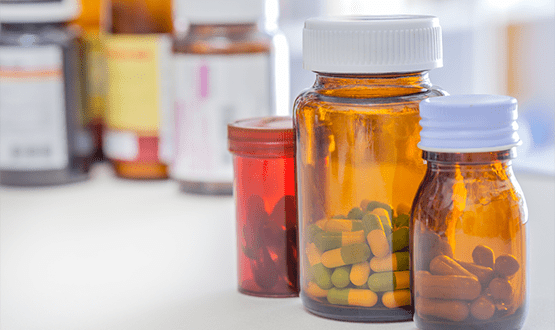 Various national figures have put a very strong focus on e-prescribing with former health secretary Jeremy Hunt pledging financial support to hospitals to implement such a system. But has that perhaps limited an understanding of the full breadth of areas in which digital can make a difference when it comes to medicines management and optimisation? Maja Dragovic reports.

Atif Ishaq is far from ungrateful for the £75m pledged nationally back in February 2018 for the acceleration of e-prescribing. He feels the money – promised by then-health and social care secretary Jeremy Hunt – served to put the focus on electric prescribing and medications administration (EPMA) and on the reality that trusts need it.

But Ishaq, solutions and technical director at Dedalus UK, fears the way the funding was focused might have limited the ability to see where there are broader opportunities for change.

“The funding has been towards trusts installing software as opposed to being given the opportunity to look at the medicines management and engage in more of a transformation programme to really see where the opportunities are to change,” argues Ishaq.

“It could be that the medicines management just stops at a very limited level of being deployed largely for general inpatient use. That may be a missed opportunity,” he concludes.

It’s a view shared by Aaron Jackson, product director for Orion Health’s Medicines solution. “There is a lot of risk inside the hospital for drug errors etc that these systems help with. But, by far and way, the greater challenge is the errors in transitions of care into and out of care settings, including hospitals,” he argues.

That, of course, means a focus on interoperability – ensuring that medicines data recorded across the patient pathway can be seen and understood at any other point along that pathway, no matter the setting. “Interoperability is the big word on the street and it equally affect medicines management solutions as it does anything else,” reports Rob Blay, JAC’s chief executive.

He says, like most vendors, JAC has turned towards standards-based functionality. “I think some of the NHS end users don’t really appreciate why these standards are there,” he reflects. “They don’t necessarily see the use case for them. But once they’re adopted, they will provide the platform for the transformational change that we want to to achieve. We can’t share [currently] information with all the vendors because of the lack of adoption.”

Ishaq agrees on the need for interoperability, adding that because healthcare is heading towards personalised medicine means “you can’t just look at EPMA in isolation, you’ve got to start to connect to other specialties and disciplines to provide an EPMA that’s fit for purpose in the future and not just for now”.

And so it seems that is increasingly where suppliers are focusing their attentions. Orion’s medicines management solutions, for instance, centre on the creation and sharing of a single managed list of medicines across all care settings rather than on e-prescribing.

“Often, most of the risk around medication management is in the acute setting, where all the errors have occurred typically on admission, transfer between wards or facilities within the organisation and during discharge,” says Jackson.

“It’s really the concept of reconciling the admissions and the discharge medicines to capture the changes that occurred during the hospital stay and, more importantly, the reasons for those changes. So that GPs can see that those changes in hospitals were intentional and understand why they occurred,” he explains.

Not looking at EPMA in isolation

Dedalus are taking a similar approach, with Ishaq arguing any medicines management solutions must be an integral part of a broacher clinical record.

“Our focus is on clinical needs, not necessarily on the administrative needs. Whilst medicine is important in terms of patient care, you want a unified view of the patient. In a way it’s an EPR but it is not about building an EPR, it’s about creating a view so that you can see the drugs that the patient’s on, also see what blood test results have come in and where they are linked to certain drugs – being able to see that in a single view and linking through to all the entry systems.”

It’s an idea also espoused by Gary Mooney, product manager at InterSystems which offers e-prescribing as part of its TrakCare system. “Medicines management solutions can’t be a separate standalone solution, they have to be an integral part of a broader clinical record,” he emphasises. “Part of an EPR or integrated within an EPR.”

But as well as seeking to make systems interoperable and capable of providing a cross-sector view, vendors are adopting their systems for use in specific specialties. Take, for instance, Civica Prescribing.

Improvements on existing areas too

And vendors are finessing the original concepts behind e-prescribing setups too. For example, First Databank’s Optimise RX solution tries to address the over-alerting problem that can sometimes be an issue and which has led to user scepticism.

“We try to derive much context from the patient record to then deliver that patient specific information at the point of care to reduce that overall alert fatigue,” says Simon Hendricks, clinical strategist at First Databank.

The vendor is also working on a proactive medicines management solution where the focus is on the ongoing management of medicines for patients over time. This looks at cohorts of patients and identifies medicines management opportunities for interventions for those patients within GP practices. This solution doesn’t operate at the point of care but it is to identify patients whose medications could potentially be better managed.

“I think we need more than the time anchored review of medicines, it’s more the continuous review of the appropriateness of medicines over time,” contends Hendricks.

JAC’s biggest focus at the moment, meanwhile, is on closed loop administration and closed loop supply.

“We have a mobile solution which will facilitate the closed loop administration of medicines,” explains Steve Reggione, the company’s head of operations.

“We’re going to be scanning the packaging of the medicines to GS1 [barcoding] standards.”

They are able to track the medicines from the back door as it arrives all through the administration to the patient on the ward, which falls into the closed loop administration category, says Blay.

“The closed loop administration is live in the pilot version at the moment and is expected to roll out fully throughout the summer at one of the GDE [global digital exemplar] sites,” he adds.

So it is clear that products are evolving, far beyond the scope of the national funding push made early last year. Indeed, JAC’s Steve Reggione fears that the wealth of national action can sometimes prove confusing rather than a spur.

“We’ve had the Carter review, the Wachter report, the Five Year Forward view, and a whole slew of regulatory standards that have been required,” points out Reggione.

“All of these things together are going to improve what customers are able to achieve in terms of digital maturity. However, there is a lot of confusion over what they should adopt first.

“The falsified medicines directive hasn’t helped in terms of medicines management and optimisation and it’s actually a fairly bureaucratic process to become legally compliant with that directive. It requires more resource and equipment to support. So, I think the NHS is very clear on what it wants to try and do, but the challenge is to balance that with all the initiatives that are going on,” Reggione argues.

Viewed in that context – and with many previous promises on e-prescribing in the history books – the funding announcement last year appears like only one aspect of a complex picture. And it is certain that the fund’s narrow focus ignores some of the broader aims of e-prescribing. But, despite that, Civica’s Linda Elverson remains optimistic.

“The next two to three years are going to be where we’re going to see the greatest amount of change,” she predicts.

Northern Cancer Alliance to benefit from new deal with Sectra