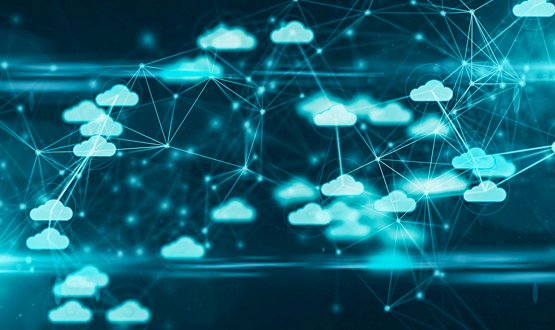 Cloud seems to offer enormous potential benefits for healthcare – from unlocking a new wave of innovation to big data. But where is the NHS at with regards to the cloud, what has changed and has the mood towards it shifted? Jennifer Trueland investigates.

It’s almost exactly a year since the UK Government published its vision for digital, data and technology in health and care. One of the key architectural principles is that we should “start with the assumption that all our services should run in the public cloud, with no more locally managed servers”.

At the moment this is more aspiration than reality. Though cloud-based services are far more prevalent in the health services of all four UK countries than they were a couple of years ago, they are still far from mainstream.

But all this could be about to change as more and more healthcare organisations recognise the benefits.

While the phrase “tipping point” is arguably overused in healthcare, particularly in terms of tech adoption, even those who are usually wary of over-optimism are sounding excited.

“I think the health service has probably been behind the curve [on cloud adoption], but it’s accelerating fast,” says Harold de Neef, group director for cloud with Civica.

“I think in the last 18 months, things have progressed a fair amount. The way we see that is not only in the uptake of our cloud services, but also the conversations are changing.”

He puts this down to several factors, not least that those who had been hesitant about trusting the cloud are now reassured to see how it is working elsewhere.

“We’re getting to the double tipping point of being able to refer to people who have done it, plus the level of general guidance that it is acceptable,” says de Neef.

According to Max Smith, chief revenue officer with IMMJ Systems, central guidance and government approval has made a real difference to interest in cloud.

“We’ve seen rapid adoption. Since NHS Digital issued guidance [on cloud], which was approximately 18 months ago, six out of our last seven contract awards have been cloud-based,” Smith says.

“If you go back two years, we had a cloud platform, but there was a reluctance to go on to it, but the guidelines gave trusts the confidence to adopt it.”

Sarah Fisher, marketing director at Nuance Communications, also thinks that the national guidance was a real game-changer in terms of driving uptake.

“I think there’s been a massive change,” she says.

“In the first instance, everyone was looking at it [cloud], but not investing in it. Today it’s much more an accepted modus operandi.”

What has made the difference, Fisher believes, is that many of the key concerns have since been dealt with.

“I think that having the security and data privacy parameters defined by NHS Digital helped,” Fisher says.

“Then vendors like us utilised cloud operators that all met the security and privacy boundaries that were put to us by the NHS.

“It’s not an unsubstantial process that one has to go through, but those standards have been met and the parameters have been defined and we’ve proven that we’re able to meet these data privacy and security standards and therefore the decision-makers have been happier about moving forward with it.”

This chimes with the experience of Rick Powles, UK senior vice president at Druva.

“We’ve seen a huge shift in the attitudes towards cloud among customers over the past year as any historical reservations they may have had around the adoption of public cloud services and infrastructure are now fully understood, and the benefits over traditional, legacy, on-premise IT systems are proven and quantifiable,” Powles says.

“Customers are seeing and experiencing for themselves a range of tangible benefits from cloud adoption, namely much improved security, reduced IT complexity, significant cost savings, and scalability.

Cloud is here to stay

“One of the largest procurements in the UK right now, which Sectra are involved in, is pushing very much a cloud-first strategy, and that’s a multi-site procurement, with eight trusts involved, and they are only accepting offers that include cloud-based infrastructure,” he says.

Again, he has noticed a big difference from even two years ago. In 2017, for example, Guy’s and St Thomas’s NHS Foundation Trust was a pioneer in moving to cloud for its new PACS.

“They were the first, and they seemed to be a bit of a trailblazer,” Scarisbrick says.

“We expected that to be the tipping point, but subsequently we still saw a proliferation of on-premise requirements, but we are now definitely moving towards more cloud-based services.

“Certainly in days gone by nobody ever would have believed that you could put four million studies per year into the cloud, and have the bandwidth and everything else to support that, but now we certainly can.”

Scarisbrick attributes this change, in part, to the WannaCry ransomware attack that hit the NHS in May 2017.

“Perceptions in the past have often been that if we move all our data offsite then we’re no longer in control – we can’t be sure that these people are looking after our infrastructure appropriately. But I think that WannaCry was a wake-up call for the NHS, which has incredibly stretched IT departments, and don’t necessarily have the broad range of skills that are required in this modern time of cybersecurity threats,” he says.

“So I think the NHS thought then that maybe a better idea would be to move this out of their own IT department and into a provider that is highly specialised in this area, whose bread and butter is to make sure that data centres remain penetration-free and fully up-to-date.”

Cybersecurity fears coupled with advances in technology have created a ‘perfect storm’ in promoting cloud adoption, Scarisbrick says, and he anticipates that the pace of change will only pick up.

“The gates are open and the hare is running,” he adds.

Fisher is also convinced that the future looks good.

“Cloud providers have built the train tracks – we’re running the train on it.”