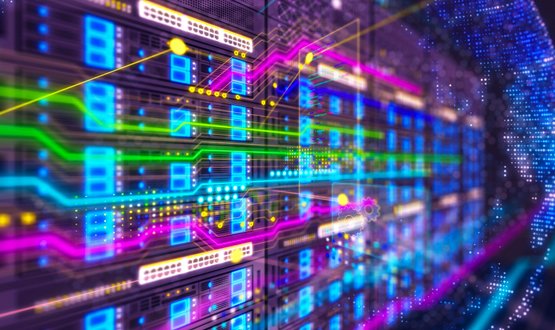 As more and more documents are stored electronically, the need for suitable data storage grows. Jennifer Trueland investigates the growing number of ways in which vendor neutral archives (VNAs) can be used.

When England’s national programme for IT came to an end, many trusts saw the vendor neutral archive (VNA) as a solution for migrating and storing digital images. But as the decade has progressed, the full potential of the VNA as a means of consolidating a much wider array of data is still being realised.

Rather than simply being a repository for radiology studies, the VNA is now bringing in images from other “ologies”, with more coming on all the time.

As the storage and other benefits of cloud, along with the potential of artificial intelligence (AI), come into play, the VNA is only likely to become an even more central part of healthcare delivery.

Customers in the driving seat

Customer demand has been a key driver of this change, says Richard Dormer, managing director of Insignia Medical, with on-the-ground users instrumental in showing even suppliers what their own technology could achieve.

“When we were first involved back in 2012-13, the main purpose of VNAs was to localise data and make it more available so that [customers] could more easily change their PACS systems,” he says.

“But when any new piece of technology is released into the field, the user base might have a different idea about what it needs it to do. As suppliers, we don’t always know all the user cases that something can be used for.”

Initially, he says, it was perhaps difficult to differentiate the VNA from what would have been a traditional PACS storage.

“But it’s moved markedly since then,” he adds.

“A well-provisioned VNA is able to do much more than just be the PACS repository. More and more trusts are now using them to do one of their other purposes, which was to consolidate data out of data silos.

“We’re not there completely yet, but there has been a real change.”

Having been a key player in VNA technology virtually since the beginning, Razvan Atanasiu, chief technology officer for healthcare with Hyland, has an excellent overview of its development so far, and its future potential.

“We knew it would be a disruptive technology at first,” he says.

“It had tremendous purpose especially 10-15 years ago for storage. Storage is still important today, but it has morphed into something else – the complexity has grown.”

Scalability was built in from day one, as was interoperability, and both remain very important, especially as organisations merge and grow into larger, integrated systems.

“Different organisations bring in their own systems, and their own PACS systems, and all this stuff has to be integrated and consolidated”, Atanasiu adds.

“We realised early on that a VNA would be a must-have for a larger institution.”

Extending the capabilities of VNA

According to Rob Quinn, vice president of product marketing at BridgeHead, healthcare organisations have been taking the opportunity to extend the capabilities of VNA technology.

“Traditionally it’s been about radiology and cardiology but over the last three, four five years, we’ve seen the uptake of enterprise imaging, looking at how you use the VNA more – how do you collect all the images from other departments, whether it’s ophthalmology, dermatology, and so on,” he says.

“And the big one at the moment, the one that everyone is chasing, is pathology.

“We continue to look at and embrace these market opportunities and continue to build our capabilities from a workflow standpoint to address these processes that are beyond what you would expect from the traditional high volume image generation groups like cardiology and radiology – being able to capture images that are on mobile devices and being able to provide a workflow capability for clinicians and others to be able to quickly capture those images and centralise and store them.”

This is great for governance, because it puts an end to the system whereby clinicians store images on their mobile phones, or even text them back and forward to consult with colleagues – meaning, among other concerns, that the image is never really part of the patient record.

Now, however, the VNA allows images from a growing number of departments to be shared safely and instantly, improving the working lives of members of the multidisciplinary team as well as enhancing their efficiency.

Organisations are at different stages with this, including bringing in images from other specialties.

Again, Quinn points to pathology as a hot area.

“That’s an immature market that’s still ramping up,” he adds.

“There are other departments like the emergency department, where there are some folks that are really progressive, and want to consolidate that. They worry about doctors walking around with USB sticks around their neck with images then dropping them in the car park.

“It depends on the hospital, but we do see a trend of organisations wanting to tighten how images, within all different departments, are being captured and shared.”

“Lots of our customers are taking advantage of the VNA solutions that they have in place by enabling their existing solutions to bring in other ‘ologies’,” she says.

“From what I see in the market, there’s a lot of consolidation, and when an old system comes up for renewal, the first thing the CIO is going to ask is ‘can I consolidate that into existing infrastructure?’.

“This is for several reasons – obviously to save cost and to simplify management and things like that, but also to open images to a wider audience – including ultimately the patient themselves.”

This is part of the trend towards enterprise digital strategies, moving away from disparate and discrete solutions that run in single departments or even hospitals, to something that covers a whole organisation, or several organisations across a wider geographical area.

This can be done strategically, but also on an as and when basis.

Rendall describes a situation where a new solution is needed, perhaps in medical photography.

“A decision has to be made about whether to consolidate it into a wider service or renew it as a silo?” she says.

“I think most people would say that if you have a VNA, if you have the infrastructure there, you should potentially be at least considering whether to bring all of these other ‘ologies’ in over time so they are in a place that’s accessible to many.”

“Almost all the business that we do is around consolidating or providing regional solutions,” says Rendall.

“Trusts are combining their buying power and coming together to buy solutions, which is great for the NHS, for the patient, and for that region, because they can seamlessly share.

“A patient might go to a local hospital then be treated in a tertiary referral centre, for example – people go to multiple places in order to have care and treatment, so it’s only sensible that those different institutions and different trusts can work collaboratively in order to be able to support that care pathway.”

Fit for the future?

Making sure a VNA is fit for the future is also vital, and this includes ensuring it can benefit from developments such as the growth in cloud and AI.

According to Paul Newman, medical informatics sales manager for UK and Ireland with Fujifilm UK Medical Systems, potential customers have this very much in mind, even if it’s not quite there yet.

“What we’re starting to see more of in tenders is mention of cloud, often with having disaster recovery or data back-up in the cloud as a starting point,” he says.

“But the financials at the moment are not stacking up to meet the NHS budgets.

“So when we pitch an on-premises or cloud solution, the numbers are still significantly different, so when it reaches the finance director it goes back to being on-site at the NHS. There’s a lot of talk around cloud, but it’s just a slow burner.”

Looking to the future, Newman sees a bigger role for AI, meaning that the technology has to be geared up to make the most of it.

“People have been talking about it for a long time and there’s been a lot in the news about it, but we’re starting to see a lot of interest in it from our customers, that demand is increasing,” he says.

“So having central VNAs or consortiums of trusts joining together and storing their data in central VNAs, and having those AI algorithms running across that data will be incredibly powerful and ultimately supporting the NHS with their reporting backlogs, which is something that we’ve been focusing on quite hard.”

Newman is also a believer in greater consolidation of VNAs, and says many groups have a part to play in making it happen.

“Industry needs to keep pushing at this technology,” he says.

“But what we’re also trying to do is get our customers to talk about the benefits. What we see in the NHS is that organisations do follow each other, once one trust overcomes the internal political hurdles between departments, once they break that down, and put it in place, they really see the benefits.

“We have to grab that experience from those trusts and share it with others, and there’s huge potential for this to take off.”