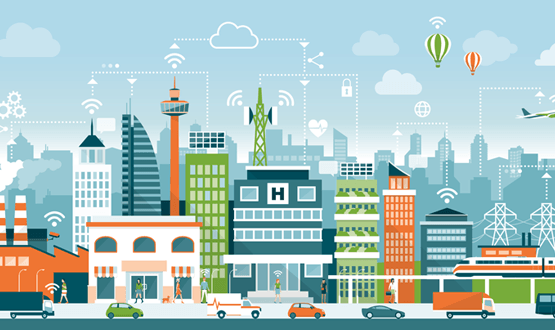 Interoperability is an issue which is high on the agenda for many NHS IT leaders and increasingly, standards such as FHIR and SNOMED-CT are being used by suppliers for the purpose of interoperability. Jennifer Trueland investigates whether FHIR and similar standards have finally become fully embedded in healthcare IT.

Few eyebrows if any will have been raised earlier this year when NHS IT leaders named interoperability as their top priority.

It’s the second year in a row that this thorny topic has taken the number one spot in the Digital Health Intelligence NHS IT Leadership survey, with 78% identifying it as their prime concern.

Although this is down slightly on 2018 (from 84%), the survey results suggest that of all the issues crossing IT chiefs’ desks, the (in)ability to share information remains a major challenge.

But why should this be the case – and what is (or should be) happening to transform the situation?

After many years of talking about it, there are some grounds for optimism, with most conceding that progress is not only happening, but that it is accelerating.

This is in part due to development and adoption of standards such as FHIR (fast healthcare interoperability resources) but also because there is a growing consensus that everyone has a stake in making interoperability happen.

Having the plumbing in place

According to Richard Kavanagh, product manager for interoperability with Graphnet, and previously head of interoperability (data architecture) with NHS Digital, the issue itself is evolving.

“In the past there have been challenges in just getting computers to talk to each other,” he says.

“That aspect of interoperability – I wouldn’t say it’s been solved, but it’s become easier and more attainable for people, and organisations are showing that they can connect together and share information in ways that perhaps they couldn’t do in the past, or couldn’t do so easily in the past.

“I think the next challenge in interoperability is not so much the ability to share data, but the ability to make some understanding of the data that has been shared. We’ve got well on the way to having the plumbing in place, but now we have to make sense of each other’s data so that we can take the same meaning from it and have integrated workflows between systems and organisations, following the patient on their journey through healthcare.”

Embedded in the technology

Paul Sanders, clinical systems director with Civica, stresses that some organisations are further on the way than others.

“The concept and the thinking and the approach [of interoperability] are very much embedded,” he says.

“So while the concept and approach are very much embedded, where these individual organisations are in terms of maturity of that interoperability is a journey.”

Kashif Rathore, vice president for interoperability with Cerner, wants to get to a point where interoperability is regarded as business as usual. Although he concedes there’s a way to go, examples from history are positive.

“I’m sure that electricity, and water supply, and sewerage – any of these things that we call infrastructure today – were an equal challenge back in the day at some point,” he says.

“Today we have grown up in an environment where we walk into the room, flick the switch and the light is there. We’ve no idea how electricity is being made and how it’s getting transported, but we’re benefiting from the end product.

“What we want now is to make sure that the clinicians, the care providers, the care managers – anybody who needs my information as a patient – can get the information where they need it without having to go through all the things we do today: a lot of technologies, lots of papers, faxes and so on.”

Just as it apparently takes a “village” to raise a child, so there are many players vital to moving interoperability from an aspiration to a given.

“It’s an industry challenge,” says Rathore. “It includes you as a patient or a consumer, myself as a vendor or maybe a technologist, the standards bodies and the regulators.”

There has been a lot of progress in development and enforcement of standards in the last three to five years, he stresses – more than in the previous decade.

“In my worldwide view, I think it’s become very much a focal point,” Rathore says. “I do believe firmly and hopefully that in the next two to three years you’re going to see 400 or 500 times the progress than we’ve done in the last three to four years.”

Ben Wilson, product specialist lead with Orion Health, believes that the policy environment is having an impact. He points to the development of LHCREs (local healthcare records exemplars intended to improve information sharing) across England as key drivers.

“The LHCREs are really pushing standards now in the way that the IDCRs (integrated digital care records) didn’t,” he says.

“NHS Digital, NHS X and NHS England are pushing LHCREs all over the country at the moment and making sure they’re all based on standards like FHIR so if patients do go to a neighbouring area, that information can be readily exchanged between the two LHCREs.

“So that’s a difference we’ve really seen. There are also a lot of national programmes at the moment – like the National Events Management Service and the National Records Locator Service, and they’re pushing the Care Connect FHIR APIs – it’s almost like the next evolution of shared care records.”

There is enthusiasm for FHIR among vendors, Wilson believes.

“We just had an [INTEROPen] hackathon in Leeds and it was the biggest attended to date, with more than 130 people from lots of different vendors,” he says.

“Some of the vendors in the room were a lot more advanced in their integration capability than others, but we even had social care there. There’s a real willingness from vendors to adopt these standards and to readily exchange information between each other.

“We were working with our competitors and it was developer-focused, so there was no commercial angle to it. We found that everyone was willing and we were all trying to improve interoperability.”

Niklas Svenzén, who is Sectra’s global expert on interoperability, has been working in this area for the last 15 years – and believes there has been a big shift in the last two.

“Healthcare has been lagging quite a bit,” he says.

“If you look back two years, everything was pretty much the same as it was 15 years ago; not a lot had changed.

“We still had the old standards such as DICOM and HL7 but it’s not very ‘plug and play’ or interoperable in that sense in that there was a lot of extra, hands-on work that needed to be done.

“Now there’s FHIR, I think there’s a big trend shift. You don’t need to rip and replace everything – you can just augment your interfaces, so in our case, we get extra data from the EMRs embedded directly into our viewer, minimising the amount of time we have to spend switching between applications.

“I think that’s the big gain for the end users right now. They don’t have to worry about which application they should go to find information such as allergies or which medications does this patient have – you don’t have to go to the EMR anymore. Everything can be presented to you in your favourite application. I think that’s the big change, and that’s what FHIR brings to the table.”

Users now recognise the benefits, he adds. “I think clinicians do see the big need and they are really asking for this because they are swamped by work and they desperately need to minimise the number of applications on their desktops.”

While the policy push towards FHIR has helped, it is not the only factor, he adds. “FHIR is in essence driven by the implementers, which I think is a big key to its success. It’s not just that it’s being enforced by lobbies or policy-makers. It does help, obviously, because you have that at your back, but the industry wants to go this way. And that’s why we’ve seen this fast adoption. I think those two things are actually the key to this.”

What is the end point?

So if we are on a “journey”, how far have we got – are we nearly there yet?

“What’s the end stage for interoperability?” asks Sanders from Civica.

“From a patient experience perspective, it will manifest itself in access to information, in information being shared across the health community and maybe even wider, with local authorities and social care as well. I’m going to sound like a politician now, but I think we’ve made significant progress, but I still think there’s a long way to go. It will continue – interoperability is an enabler that is going to fundamentally facilitate the direction that healthcare is going in, which is minimising the data that’s inputted, and maximising clinical time, and improving the outcomes we have for patients; interoperability is a fundamental part of that.”