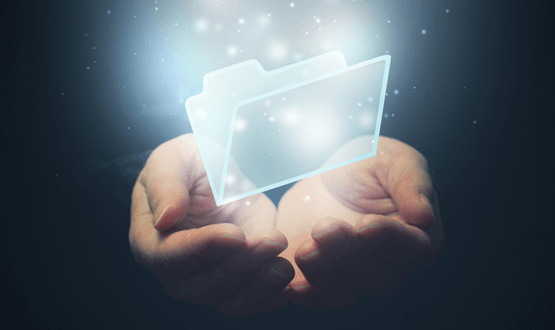 With giving the best treatment to a patient increasingly depending on the contributions of a range of health and social care professionals across a broad geography, the need for shared access to records is becoming ever-more pressing. So, almost two years since the five first-wave LHCRE sites were selected, what was the impact on the shared records and is there a recipe for success? Maja Dragovic investigates.

The future of shared care record programmes appears to be bright with NHSX CEO Matthew Gould confirming in June 2019 that the Local Health and Care Exemplars (LHCREs) are here to stay.

The first five – Greater Manchester, Wessex and One London, Thames Valley and Yorkshire and Humber – were selected to serve as exemplars for the rest of the country on how to embark on the shared records train. And their journey is already having a positive impact across the board.

System C and Graphnet’s director, Markus Bolton, whose system for shared care records is being used by three of the LHCREs (Greater Manchester, Thames Valley and Hampshire), believes that exemplars have legitimised and energised the market.

“Shared records are completely transformational. If you deploy a shared record correctly, then it saves lives, improves patient care, it has massive impact on the service, it’s a driver for transformation,” Bolton adds.

“Everybody suddenly realised that shared records are a really good thing they need to get done to drive an ICS forward.

LHCRE’s second benefit is the larger footprint of shared records, according to Bolton.

“If, like me, you live between two counties, then my family and I get treated in hospitals in two different counties, so being able to actually share that information across the two is a really helpful thing,” he added.

“It is the immediate value that products bring to users beyond your typical primary, secondary care clinicians. There is immediate value now in the mental health space, in community care, in social care, in the third sector, particularly within hospices and it is really tangible,” says the clinical lead for interoperability.

Implementing such large-scale initiatives wouldn’t work without collaboration between a wide range of different stakeholders, which is something that the LHCRE programme has also brought to light.

Andrew Fenton from NHS South, Central and West CSU, cites collaboration as one of the key reasons for their successful journey to establish shared care records.

“The value of strengthening and building a partnership across the region has been necessary in order to develop the programme,” says the programme director for the Thames Valley and Surrey (TVS) LHCRE.

“Our strategy is, where possible, that data flows come in from local shared records rather than directly from individual sights and organisations,” Fenton explains.

“We will be taking data feeds from individual organisations, such as the ambulance services. We’re also in discussion with child health information services, and there will be a few others where it makes sense to have direct feeds”, explains Fenton.

But getting the data is one side of the coin. The other is making it accessible in a quick and easy manner.

“A clinician or another health professional looking after a patient who might have their own clinical system are only going to open or try and access a shared record if it can pop up really quickly. That is what our aim is in the urgent care setting where it is vital to have the immediacy, the clarity and the efficient presentation,” Fenton says.

The second priority at the TVS LHCRE is the child safeguarding platform. What that means, explains Fenton, is making the data available from Acute NHS trusts, primary care, local health community, ambulance, child health information services, and also involving the social care to some degree.

The aim is to both have the visibility and key information that might indicate risk or safeguarding issues, Fenton adds.

At the moment, if social care is investigating a safeguarding case they have to approach primary care, GPs to get relevant information.

“We are still in the process of mapping what’s needed, what currently happens, what would be better, could platform provide better solution,” says Fenton.

Though LHCREs have mostly been geared towards shared care records, there is now also a lot of progress on the imaging side, says Chris Scarisbrick, who is sales director at Sectra.

He adds that the medical imaging company, for example, is now running live pilots on image sharing with the One London LHCRE and are about to embark on doing the same with the Lancashire Person Record Exchange Service (LPRES) as well as the Greater Manchester LHCRE.

“We are seeing a lot of movement on sharing imaging and reports through a shared infrastructure,” Scarisbrick says, adding that this was also influenced by the uptake in the adoption of standards.

“We are now seeing a wholesale adoption of standards in terms of technical aspect,” he says.

“Not being XTS compliant has been a big barrier to adoption but that barrier seems to be disappearing now with more vendors being able to comply with the XTS standard.”

Under the LCHRE programme, Graphnet is building content with individual user areas and making that content available free of charge to the NHS. For example, because it is using data from across all health settings, it is able to identify patients that are pre-diabetic or diabetic that aren’t necessarily on GPs registrar.

“We are able to work with GP practices to get treatment for those patients which is really transformational,” he adds.

Elaine O’Brien, population health executive at Cerner UK, is on the same page.

“For example, we now can identify those people that are frail and on that basis we are able to put a risk stratification on them whether they will utilise hospital or emergency services.”

Though LHCRE’s have had an overall positive impact on the whole data sharing initiatives, there are still some obstacles that have to be overcome and which were further brought to light by LHCRE, especially when it comes to data sharing agreements.

“Despite the fact we’ve already got 2000 GP practices sharing data with CareCentric, people are still very careful, it takes a lot of time and a lot of meetings and a lot of resolutions before people will sign up even though it’s a well trodden path,” says Graphnet’s Bolton.

He adds that areas like St Helens and Knowseley, a shared record which integrates social care, community, mental health, acute and primary care into a single record, managed to get all of the governance and the whole record deployed in about seven months.

But there are other areas that still don’t have the necessary agreements in place and Bolton blames lack of clarity on information governance.

“That is the biggest delay in getting shared care records”, he says.

Another hurdle still being encountered is also digital maturity and the quality of data, says Ridley from Cerner.

“If there is digital capability and the EHRs are already in place enabling data sharing, then that’s positive,” he says.

“But not everyone is at that level of maturity. And those who are, data quality can sometimes be to the detriment of the tool as well.”

John Parry, clinical director of TPP, said there is “confusion” surrounding shared care records but this is more of a hurdle than a barrier and will be something “that will be overcome” by the NHS.

“It’s safer, it’s more efficient and it is what people expect,” he adds.

“The position of the citizen in the centre of their record is what we really need.”

So what is the recipe for success? Paul Sanders from Civica believes there are two ends to this: really wide stakeholder engagement to sell the vision but then keeping it small when it comes to execution.

“Where I see it working slightly better is where they’ve done small bite size areas and learn from it and build a momentum from that”, he says.

He adds that there is no blueprint to success, and that the benefits are more about proven concept, rather than a blueprint of an approach.

“If you try and apply a blueprint, you lose the engagement”, Sanders adds.

“This is also, as much about technology, and data standards and interoperability, as it is fundamentally about hearts and minds of people changing the way they work potentially and how they use their data as well, being more mindful that actually their data is going to be shared to wider region and that changes behaviours as well.”