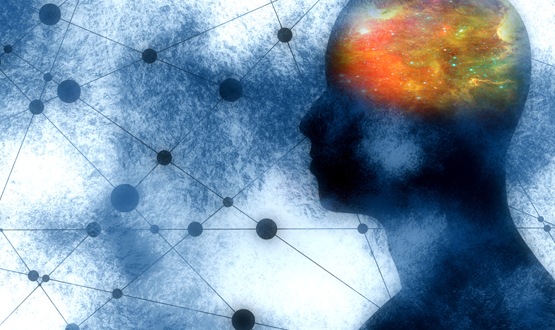 With unnecessary human contact being strongly discouraged, Claire Read investigates whether care which is entirely centred on conversation can still be provided in the midst of a global pandemic.

For Katherine Clark, working life has long involved thinking about large, potentially frequent, face-to-face meetings. As trial lead for ODDESSI, she has spent the past couple of years investigating a method of mental healthcare referred to as open dialogue. As the name implies, it involves bringing multiple people together for a conversation.

“Open dialogue is delivered through network meetings,” explains Clark, a senior research associate at University College London. “For every clinical session, you come with anyone that you want to bring to the meeting that’s important to you. So family generally but also friends, neighbours – any people who support you and you want there. Then you’ll also have several open dialogue practitioners in the room, and within the meeting the aim is to facilitate open conversation and discussion.”

Another central tenet is that the meetings should take place at the frequency and over the period of time the patient feels is beneficial. All of which is a very different way of handling mental illness to that traditionally seen in the NHS, and one which the ODDESSI trial – it stands for Open Dialogue: Development and Evaluation of a Social Network Intervention for Severe Mental Illness – has been created to evaluate. The hope is open dialogue could help transform the current model of care for people with major mental ill health.

But it is also an approach to delivering support which, when the pandemic hit its first tipping point in the UK earlier this year, suddenly felt uncertain. “When Covid hit in March, it was very just really difficult for the clinical teams [delivering open dialogue as part of the trial] because of general pressures on the NHS,” remembers Clarke.

“There was some redeployment and some big changes at trust levels. It was difficult to know then what the impact would be on the trial and the clinical teams.”

It is a challenge that has been encountered across mental health provision in recent months. In the midst of a pandemic when unnecessary human contact is being discouraged, how can care which is traditionally centred on conversation be provided?

Complicating that question further is that support may be more required than ever before. With the anxiety and grief of world events, and restrictions on the activities many of us engage in to help bolster our mental wellbeing, there has been frequent talk of a tsunami of mental health need.

It is something Mark Gray has seen directly. This month he became a clinical application specialist at Servelec, but he is a mental health nurse who joined after several years as part of a street triage service. He worked alongside the police, responding when officers were on calls involving people with possible mental health problems.

“Anecdotally we were talking about how we have been the busiest we have been in the six years we’ve been running, with demand increasing since March,” says Gray.

“There are a lot of stressed people out there at the moment, and that stress is making people vulnerable to either mental ill health or to emotional disregulation and the consequent behaviours around that. There are a lot of people who are now jobless and don’t have meaningful daytime routines but have access to substances. Consequently, that leads to calls to emergency services for apparent mental health intervention.”

The team in which Gray worked was 35% busier than it had been the previous year, and continued offering support. Yet in the past six months, Gray didn’t complete one face-to-face assessment. Covid meant reaching for the phone instead, or even using footage from a police officer’s body camera to guide decisions on what support might be needed – “a form of telepsychiatry, really”.

Clarke and her ODDESSI colleagues saw a similar embrace of the virtual. Once March and April had passed, and the situation began to feel somewhat more settled, there was a reach for technology.

“The clinicians continued to deliver open dialogue with people that they’d already got on the books, and delivered network meetings remotely,” she explains. “I think a common reaction from clinicians was they were amazed the clients were up for it, because I think maybe they wouldn’t have been last year.

“But, I think we all had the same feeling at one point of: ‘Well, that’s what we’ve got now, so let’s just do it.’ I think the transition has been a lot smoother than anyone thought it would be, and some sites are still delivering open dialogue almost exclusively remotely.”

Ripping up the rule book

Necessity, as the saying goes, is the mother of invention. And in mental healthcare – and, indeed, across the service more generally – the pandemic is widely seen to have proven it. Rule books have been ripped up, and digital embraced with more readiness than it’s said it might have been greeted before.

Yet for Lloyd Humphreys, head of Europe at digital mental health platform SilverCloud Health, that narrative somewhat obscures an important reality. He suggests that, in one important regard, mental healthcare had actually already embraced new methods of service delivery long before Covid.

In IAPT – Improving Access to Psychological Therapies, a national programme designed to offer easier access to support for those living with mild mental ill health – he sees a trailblazer.

“I think IAPT is probably one of the NHS’s best digital transformation programmes that is not talked about,” he argues. “Where else do you get 100% electronic case management system? Where else do you get digital therapy as a main treatment approach? I think it’s one of those not just digital, but whole transformation programmes that is one of the NHS’s best kept secrets.”

What he argues Covid has changed, however, is the ease with which the approaches pioneered in IAPT have been scaled up or even extended to other areas of mental healthcare. In May, he reports use of SilverCloud – which offers more than 30 programmes, including internet-based cognitive behaviour therapy – went up by 183%, such that 30% of all primary care mental health services were provided by the platform.

It has even been used by NHS England and the Department of Health and Social Care to support the mental health needs of their own staff during these very difficult times.

For Gray, that sort of consideration of practitioners’ mental wellbeing is an important one. In his new role at Servelec, he is focused on the clinical applications of the organisation’s Rio electronic patient record. He says easy mobile access to it is an important part of supporting clinicians, not least by reducing the stress than can contribute to mental ill health.

“Any app that can reduce stress is going to reduce vulnerabilities to illness and therefore time off work, or making mistakes at work, or becoming burned out with work,” Gray adds.

His colleague Jo Clark, head of business operations, says the ability to do things on a mobile phone has become ever-more important in recent months – and that includes for patients. The company offers a mobile app which allows a recording of mood, feeding into the EPR.

“Digitisation was something obviously that was happening anyway, but now with the explosion in mental health [need] and the difficulties that Covid is causing, having the capability to for a patient to log their mood on a daily basis, on a mobile phone [is really helpful],” she says.

“That information can then come back into Rio, so when the clinician is then reviewing a patient’s data they’ll be able to look back at the last two weeks, the last four weeks, the last six weeks to actually see if they’re worsening or if they’re improving.”

For Humphreys at SilverCloud, the pandemic will ultimately represent a watershed moment for digitisation of mental health care.

“Before Covid, no matter how good the digital solution was, it was typically seen as a ‘nice to have’,” he says.

“It tended to bolt on top of people’s existing work but was meant to replace some element of what they were doing.

“But often, when you’re trying to take one block out and slot another in, it’s difficult to do that transformation piece, so invariably that block gets put on top. And that means that often, you’re adding to people’s work – not actually transforming and making it easier.

“The difference with Covid is that you could not do that old piece of work. It was removed. Digital had to replace the old way of working. When we go back to some level of normality, people will have to evaluate: ‘Right, okay, do I want to slot in that old block of work that I was doing?’ I think there might be a little bit of creep but I think the changes that we have seen are here to stay. There has been a giant leap forward.”

In a column for Digital Health, Joe McDonald, stresses why the public needs to get behind the NHS Covid-19 app in order to beat the...