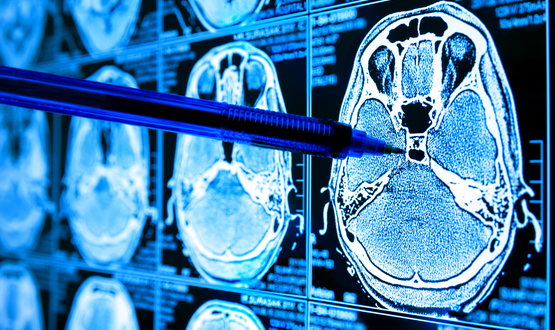 During Covid-19, NHSX set up an initiative to support innovation in imaging AI, but has it made a difference? Vivienne Raper reports.

“We contacted them to say we’ve got experience with our breast screening database where we’re using it to share data, train and validate AI, and we should have the same sort of thing for Covid,” he explains.

Halling-Brown, who is head of scientific computing at Royal Surrey County Hospital, swiftly discovered that the British Society of Thoracic Imaging (BSTI) had started a similar project. The BSTI had started setting up processes for sites nationally to manually submit chest images to a database.

“NHSX said straight away that we should partner with BSTI and bring that together,” he adds. “So, that’s what we did.”

Imaging AI has many benefits for clinicians, including rapid identification of abnormalities and AI filtering of easy cases, explains John Kingan, enterprise architect at Philips. Other benefits include helping schedule workflows and assisting with time-consuming tasks, such as report generation.

“AI can assist junior clinicians, as well,” he says, adding that AI models are typically created on images originally analysed by senior radiologists, which means they can often identify findings that are non-obvious to junior staff – helping them learn.

Benefits for patients, Kingan says, include faster diagnosis, earlier detection of disease and, as a result, a wider choice of treatments. He also argues that AI can also track patients over multiple images, to gauge the success of therapies.

A national push to AI

The NCCID is one of two major imaging AI projects to have emerged from the NHSX AI Lab Imaging Programme. Announced in 2019, the AI Lab was developed during the Covid-19 pandemic ‘to support the research and innovation of new AI imaging technologies in response to the national crisis’.

“We’re looking at how we support innovation right through to deployment,” says Dominic Cushnan, head of artificial intelligence imaging for NHSX.

“The exam question we’re trying to solve is: how do you do that in a safe and ethical way?”

The Lab’s second major project is a platform for collecting and sharing a wider range of medical images, the National AI Medical Imaging Platform (NMIP).

“NHS England is doing a stellar job building out 23 imaging networks as part of the NHS long-term plan and is looking to start off with a handful this year,” Cushnan explains.

But are these projects making any difference? According to Chris Scarisbrick, sales director at Sectra, healthcare AI has taken off during the pandemic.

“In the longer-term, you can see AI really coming into its own, by early prevention of conditions that cost the NHS vast sums of money when the patient presents at A&E fifteen to twenty years later with acute disease,” he says.

He gives the example of a young woman who presents at A&E for a pelvic or lumbar spine X-ray. If a radiology AI finds lower-than-average bone density for her age, she might be subsequently offered prophylactic treatments to prevent a fractured hip later in life.

“There’s been a hockey stick effect in recent months,” Scarisbrick says, adding, “There’s not a day goes by when I don’t have a conversation with someone about AI.”

“Some of the perceived barriers in years gone by, these are starting to dissolve,” he says.

Funding through the new government initiatives is helping this growth, Scarisbrick argues, with £140 million available over four years through the NHSX AI in Health and Care Award. An undisclosed sum is also available for other projects, such as AI Lab Skunkworks.

The latter is something that Dr Manoj Srivastava knows well. As a consultant radiologist and clinical informatics officer at George Eliot Hospital NHS Trust, he says he was potentially offered up to £300k for an AI company, sponsored through NHSX, to develop his idea for a CT algorithm for oncology patients.

“I had to give a pitch for my idea like in Dragon’s Den,” he explains. “When it came to our trust, I applied for it, and I won.”

The project aims to support radiologists by comparing two CT scans taken at different dates, to see if a patient has improved or deteriorated.

“There’s no easy way to compare scans and say if the lesion has grown, so radiologists spend a significant amount of time comparing these things,” Srivastava says.

Once the idea was developed, it was taken to NHSX where different developers tendered to the George Eliot team. One successfully tendered for the project, which aims to save time for radiologists and allow earlier detection of potentially deadly cancers.

For Scarisbrick, a major benefit of the recent NHSX initiatives is to highlight that the NHS is open for business.

“Vendors now understand that the NHS is an active marketplace where national initiatives are set up to encourage them to be successful,” he says.

One of those initiatives is the AI Awards with Aidence among the early beneficiaries. They won a Phase 4 award for Veye Lung Nodules, an AI assistant designed to support radiologists in detecting the nodules that often lead to early-stage lung cancer.

According to Lloyd O’Mahony, business manager at Aidence, the awards have raised awareness of medical imaging AI within the NHS.

“There’s been quite a lot of publicity around these awards. They have made a lot of trusts who weren’t looking for AI stand up and take notice,” he says.

Going back to Cushnan at NHSX, the Lab Imaging Programme hopes to increase NHS adoption of AI through building confidence in the algorithms. Around 50% of the data contributed to the NCCID by hospitals is held back to benchmark AI tools, and test their robustness and safety.

“What we’re trying to do is take the claims of technology companies and test them a bit further to provide trust and reassurance to commissioners,” he says, explaining that they’ve recently shortlisted five AI tools to be validated.

While Halling-Brown admits it’s too early in this process to discuss results, the validation process aims to test whether tools are, for example, biased towards certain brands of equipment or patient populations.

“We shouldn’t be learning these things after [AI algorithms] are let loose in the wild,” he says. “And, up to this point, there isn’t a huge amount of guidance in the NHS and commissioning bodies on how the evidence is provided.”

Looking to the future

Going forwards, Scarisbrick expects imaging AI to take off in the NHS and to move into pathology.

“Pathology is only just digitising, but pathology images lend themselves to AI-type applications,” he says.

“Right now, I can see it’s extremely good at supporting start-ups, really good at facilitating big tech companies like Philips to get through regulatory and ethical frameworks, and it’s definitely a move in the right direction,” he concludes.

“If we did this interview in six to 12 months’ time, I would probably have a lot more information to share with you,” he says.