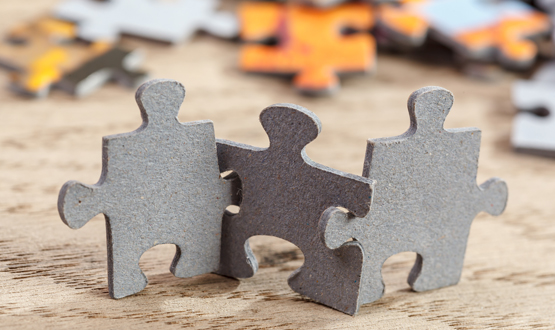 All parts of England have been covered by an Integrated Care System (ICS) since April 2021. Vivienne Raper investigates what difference this could make to digital.

In March 2020, the Great North Care Record (GNCR) went live with its current iteration. As a shared care record, it is one of England’s largest connected organisations – and the sixth ranked in scale and size when compared to the USA.

“It’s being looked at thousands of times a day.”

According to King, the GNCR is accessed 340,000 times a month – equating to 10,000 times daily – and serves a population of more than three million people. A total of 360 GP practices can contribute to and view the shared record, he says, along with six hospitals, one mental health trust and the North-East Ambulance Service NHS Foundation Trust.

The GNCR is governed by the North-East and North Cumbria Integrated Care System (ICS), one of the 42 that have covered all parts of England since April 2021.

“To give some context, we are the largest ICS in England by population and geography. Our closest rival is Greater Manchester,” says Graham Evans, chief digital officer for the North-East and North Cumbria ICS.

ICSs are currently voluntary organisations, but this is set to change when – according to plans leaked earlier this year – ICSs are to be enshrined in law.

“The journey we’ve been on so far has been around collaboration and partnership working,” says Evans.

“The statutory nature of ICS boards will give us the mandate to work together, but we’ve done a lot of that anyway – we didn’t need to be an official body.”

Both King and Evans welcome the move to placing ICS on a statutory footing.

King believes it will give organisations “three advantages”. Number one, he says, is having a single statutory body for multiple organisations.

“So, if you’re making a contract, no one organisation takes all the risk,” he adds.

A second benefit, say both Evans and King, is creating a greater sense of belonging, vision and “direction of travel”.

“The ICS at the moment isn’t a real thing, but it will become one,” says Evans.

“It will give us a sense of identity greater than we already have today.”

King adds: “It will probably remove some of the need to ask each individual organisation [before decisions are made].”

He also believes placing the ICS on a statutory footing will also simplify information governance.

From a supplier point of view, Jamie Innes, product director at Inhealthcare, says a benefit of integrated care has been a simplifying of the procurement for suppliers.

“When we first started working with North West London [ICS] [on digital transformation], we had to work with each CCG area […],” he adds.

“There were eight CCGs in that region […]. As you can imagine, it introduced lots of delays into the process.”

Even ahead of becoming a statutory body, the introduction of ICSs has helped streamline the procurement process and avoided the need for things such as multiple sign-offs, Innes explains.

“Now, when we’re deploying services, we’re able to do it once for the region [working] to a single set of criteria and documentation,” he adds.

“So, from a company perspective, the process of deploying and designing is much simpler.”

Working with multiple ICSs can mean dealing with clients that vary in their digital maturity.

Innes explains that while North West London have already standardised their digital technologies and suppliers, this isn’t universal.

“I think [North West London] is a really good case study of how ICSs should […] support the use of digital technologies,” he says.

“But we’re spotting other ICSs early in their journey who are dealing with legacy challenges they’ve inherited.”

Challenges include having to share data between different systems with different capabilities, Innes adds.

“They’re having to go through a process of reviewing those services and digital technologies to ensure they meet their needs,” he explains.

Now that every area is covered by an ICS, the organisations have now been set the task of having the foundations for “smart digital and data platforms” by April 2022.

But how achievable is this?

“A lot of data already held within the NHS trusts is not structured, is hard to get hold of and hard to work with,” says Stephen Jessop, Philips’ business manager for interoperability solutions for the UK and Ireland.

He argues that many ICS regions are playing catch-up to earlier adopters (such as the GNCR) and Cheshire and Merseyside Health & Care Partnership, a Philips reference site.

They [Cheshire and Merseyside Health & Care Partnership] began sharing records through the NHSX Local Health and Care Records Exemplar Programme (LHCRE), and are now sharing across NHS primary and secondary care, he explains.

But what difficulties will ICS face as they try to meet the April 2022 deadline?

“We know, here in the United States, that you can’t move information within a hospital and not lose information, let alone from trust to trust,” he says.

He argues that SNOWMED Clinical Terms, the structured clinical vocabulary for sharing information in a health record, is useful for collating analytical information – but less good for discerning clinical intent.

Another problem, he says, is that without data oversight, an integrated system can become cluttered with information shared by multiple organisations.

Another key aspect of integrated care is having standardised information with Lorraine Foley, CEO of the Professional Record Standards Body (PRSB), adding that she believes it is fundamental.

According to Foley, ICSs – and NHS organisations, generally – are currently in the “foothills” of deploying standards.

“[But] once we’ve reached that first base – so much more becomes possible,” she adds.

Looking ahead, ICSs might use standardised data to manage population health and improve services in the future, Foley believes.

“The standards we mostly work on are for direct care, such as an A&E visit, but once you have that standardised information – you can look at how your systems are performing,” she adds.

This falls in line with the work Cerner have been doing with Hampshire and Isle of Wight ICS to implement the national Population Health Management Programme.

A key aspect is using shared data to look for gaps in care, but also to feedback health information to patients and to aid the adoption of innovation, says Elaine O’Brien, health network strategy executive at Cerner.

“There’s always been a difference between research and getting into practice new standards of care, and by creating a linked dataset and making it available to a trusted research environment, we’ll be able to close that gap,” she says.

For King, the main challenges to ICSs deploying digital is not technological – adding “the tech works” and with a well-formed shared care record, debates about standards and interoperability start to fall away.

King and Evans say the big challenge to digital in integrated care is “winning hearts and minds”.

“I don’t think anyone would disagree that joined-up healthcare is the right thing to do,” says Evans.

“However, what we’ve done is to take more of an evolutionary approach – starting off with a bit of proven technology that provided GP practice information. And then we built on that.”

Going forward, both King and Evans recommend ICSs learn from others’ mistakes, tackle any arguments about data sharing, and have a single organisation take the initiative on digital integration.