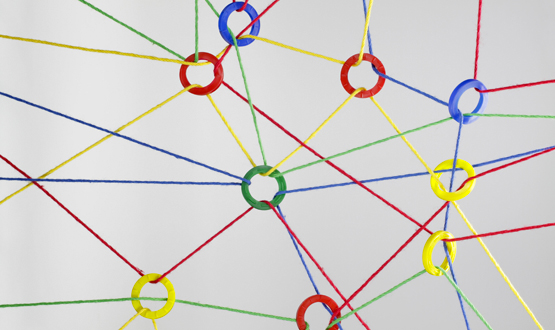 With the Medicines and Healthcare Regulatory Authority (MHRA) vowing to help improve interoperability in healthcare, Jennifer Trueland investigates what impact this could have.

Back in July, the UK’s medicines watchdog became the latest national body to recognise the importance of joined up technology. In its delivery plan for 2021-23, the Medicines and Healthcare Regulatory Authority (MHRA) vowed to ‘improve interoperability across the UK health system and internationally’.

It’s a huge ask – but then, interoperability is a huge thing. Often described as a holy grail of digital healthcare, getting to a point where information can move seamlessly across all systems, devices and applications has so far proved a task too far for the NHS. Although there has been progress, experts accept that there is still a long way to go. So will the MHRA commitment make a meaningful difference?

“Without a doubt, anything that starts to increase the obligation on anybody – on the vendors and NHS to be consistent about the use of open standards and so on, can only be helpful,” says Andy Kinnear, a co-founder and current board member of INTEROPen, an action group to accelerate development of open standards for interoperability in the health and social care sector.

Effectively INTEROPen brings all the players – vendors, the NHS, and standards organisations together to discuss problems and brainstorm solutions in “learnathons” and “hackathons” that have gained real traction in the digital health world. But that’s not to say everyone is equally convinced – and that’s where central guidance can help.

In general, Kinnear, who is a former NHS CIO, says the vendors who are involved in INTEROPen are committed to interoperability, but others are less so.

“For those that are in the slightly more resistant category, then you need a leverage beyond goodwill and it just being the right thing to do,” he adds.

That’s not necessarily enough, so whether it’s CQC standards to get them to adopt some of this stuff, any of that, it can only help act as a lever for change – to change that behaviour.”

Disconnect between local and national

While he welcomes the MHRA commitment, Steve Burton, sales director with Civica, points to the disconnect between what’s happening at a national organisation level, and what he sees on the ground.

“It [interoperability] is something we all talk about – it’s obviously an area of high priority for organisations – but it’s slightly more difficult to deliver in practice,” he says.

“I guess it’s reassuring to see that this body from the centre, the MHRA, is really looking to build on established platforms to deliver interoperability, and they’re trying to drive that as part of their delivery plan. But I think from our perspective, we remain focused on what we see on a day-to-day basis.”

Interoperability is “core business” for Civica’s platform, according to Burton who adds that as a supplier who has to contribute towards achieving interoperability – it can be “difficult” to align what Civica are doing on a practical level with the strategic initiatives which are set by the centre.

The MHRA is “definitely making the right noises” in its delivery plan, says Stephen Jessop, business manager for the UK and Ireland with Phillips.

“There’s nothing in there that makes me think they’re going down the wrong route,” he adds.

“I was pleased to see they were talking about international standards and they’re not just going to try to do it completely and go off in the wrong direction and start from scratch, which I felt was positive.”

He was, however, a little disappointed that the delivery plan didn’t tie in explicitly with some of the “good news stories” around interoperability, such as the success of the local health and care record exemplar (LHCRE) programme, which has led to much closed working between healthcare organisations within a region.

“Interoperability is starting to progress a lot further than it has done, and there have been some huge leaps forward,” Jessop adds.

However, that’s not to say there aren’t still barriers to moving forward towards true interoperability, Jessop states.

“One of the biggest challenges is that for interoperability to work, you need proper structured data, and that’s the problem,” he says.

“If you go right back to the source systems where the data’s held in lots of different siloes, in all the different organisations, a lot of that data isn’t easily accessible by anybody.

“There are old legacy systems and all you’re managing to get out are things like PDF documents, which is unstructured data. And when you get to unstructured data, it becomes much harder to do meaningful things.”

For Andreas Ehrlund, global product manager for cross enterprises and security architect at Sectra, a lack of interoperability remains one of the main blockers for health care efficiency in the UK. Therefore, central bodies have a role to play, but it needs to be done thoughtfully.

“There’s a disconnect, as always, when governments try to steer the market in a certain way, but they don’t always use the right incentives,” he says.

“Interoperability is a nice goal, but they [governments] need to make sure that trusts can buy these systems in a good way.”

One of the things holding back the UK, he says, is that some vendors charge cash-strapped trusts a premium for enabling an interoperability interface to ensure their products can work with other systems.

“They [vendors] are actively putting the brakes on interoperability and healthcare connectivity within the UK,” Ehrlund says.

“If governments aren’t able to forbid vendors charging £50,000 for turning on an HL7 interface, they could insist that when trusts go out to tender for a replacement solution, basic interoperability functionality is included in the tender as part of the bulk price.

“That’s a very slow way of doing it, but I think it’s the only way.”

Ensuring all the players – including vendors, government and NHS bodies at national, regional and local levels – are communicating well is also key, Ehrlund believes and he is optimistic for the future of interoperability.

“I think we will make great strides in the coming years – within 10 years’ time we should be in a much better position,” Ehrlund says.

“There are cloud incentives going on, consolidations [between healthcare organisations] going on, and I think the NHS is evolving since Wannacry: it has understood the value of well-maintained IT, even if we’re not there yet.”

Andy Kinnear also calls for a bit of patience on interoperability – and says we should be celebrating milestones and successes.

“We should be prepared for this to take some time,” he says.

“I do think we’ve got to be willing to accept that the wheel is going to turn quite slowly, and it will take years, multiple years, to get to the place where we want to be.”

Furthermore there should also be some recognition as to how far interoperability has come already.

“The reality is that 10 years ago, standards were being developed and were ignored left, right and centre. It was a total fail. Here now, we have standards being adopted and developed in partnership with the vendor community. That’s progress.”

INTEROPen co-chair, David Hancock, also wants to celebrate success. He became involved, he says, because he recognised that it was a different way of both defining interoperability standards, and getting them adopted.

“In England in particular we’ve had many goals over 20 years of getting interoperability standards adopted, and frankly we’ve been pretty unsuccessful at it,” he says.

“Having been through this for a long time, I got to recognise where many of the issues lie, and realised that INTEROPen was actually trying to tackle those fundamental issues of how you try and land interoperability and make it work. That’s why I wanted to do it and be part of shaping it and making it successful.”

INTEROPen can point to achievements – for example in medications interoperability – because it involves everyone in the process, Hancock adds, including vendors who attend the hackathons and can work though the practicalities of proposed standards and feedback on how practical they would be in real life situations.

“If you do that, you’ve going to find issues out very early in the day,” he says.

“We’re bringing different suppliers together to actually test interoperability standards and be able to make them work.”

Finally, it’s about co-production, Hancock says, adding: “Everybody who shares the problem is involved in solving it. That’s what’s been done.”