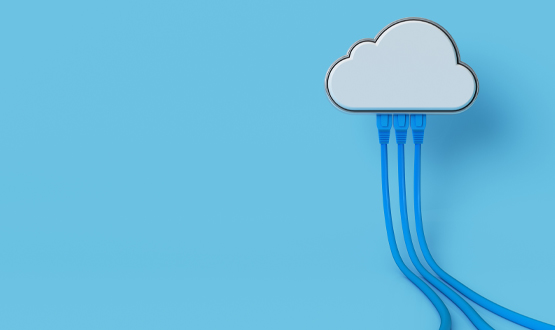 Millions of people across the globe use the cloud in their everyday life but what benefits could it bring to healthcare? Andrea Downey reports.

When talking about cloud technology it is no longer, pardon the pun, blue sky thinking. Cloud has been around for a number of years and is used by millions of people around the world for basic functions like storing photos from a mobile phone, to sharing information across a business.

But when it comes to healthcare, is cloud technology still a buzzword? Certainly, in the NHS its adoption has been slow, despite the benefits it could bring.

For Kev Hamer, a digital health consultant who has also worked in the NHS, the cloud takes the hassle of managing IT out of user’s hands, which in the NHS can only mean a saving of precious time.

“I see cloud as the ability to hand the running of the software or hardware needed to support your services to someone else. Depending on the cloud model, a professional provider ensures availability, capacity and security, and you just access the service as needed,” he says.

“I think the number one benefit is the 24/7 available anywhere nature of cloud.”

It also means organisations can have as much central processing unit (CPU) and random access memory (RAM) as they need, he explains.

“Having online capacity that you do not have to manage, upgrade or replace is an advantage in terms of staff time,” Hamer adds.

“Staff costs is an often cited benefit of cloud but I’m not completely convinced, you will likely still need some expertise to manage your cloud instance. Some outsource this but that can be expensive.”

Progressing to the cloud

For Lee Rickles, CIO at Humber Teaching NHS Foundation Trust, the eight benefits of using cloud in health and care are:

“Most of the technology I am responsible for providing has moved into the cloud. My peers are also progressively moving to cloud technologies as the investment cycles. I would say good progress has been made since 2021,” he says.

Rickles’s trust is part of the Digital Aspirant programme, launched by the now defunct NHSX, and forms part of the Yorkshire and Humber Care Record which provides population health management across the region using technology including cloud.

But cloud is not the norm in every organisation.

A chance of cloud

For Rickles, NHS funding availability is one of the main barriers to cloud adoption. He explains that most NHS funding is largely capital, but cloud requires revenue spending, something the NHS is often in short supply of.

Hamer, who has recently completed an MBA on cloud, agrees: “The number one reason, and my research backs this up, is that cloud services are based on a revenue model, but the majority of money flowing through NHS IT is capital.

“There needs to be a shift in peoples thinking here. The revenue/capital imbalance may not prevent people going to cloud but it is certainly a significant hurdle,” he says.
“I think another reason is the speed of NHS software suppliers. They have been slow to move to cloud and in many cases do not offer the flexibility you might expect.”

There are often perceived security concerns with cloud, including the risk of hacking, but Rickles stresses these are “unfounded”.

While Hamer and Rickles can provide a forecast from the NHS perspective, does that match the opinion of those supplying cloud technology?

Chris Scarisbrick, sales director at Sectra, and Jamie Clifton, head of innovation and research at BridgeHead Software also agree cost is among the reasons healthcare organisation have been slow to take up cloud. But they both agree the future is cloud.

“The business of healthcare is to provide care services, not IT. Although this varies across trusts, IT departments are generally staffed to meet day-to-day needs and are not necessarily equipped to take on large projects such as ‘how should we move to the cloud’,” Clifton says.

“It’s taken a ‘trickle down’ cycle where IT professionals have become more familiar with the cloud and are increasingly learning how to take advantage of it. The cloud vendors have made a lot of training freely available, but the process has and continues to take time.”

Meanwhile, Ray Cahill, territory vice president at Change Healthcare, believes the Covid-19 pandemic accelerated a shift towards cloud, as it did with many other technologies.

“While cloud technology has been around for over a decade, we are seeing considerable increase in adoption over the last three years. Cloud technology enabled the rapid deployment of tools to support clinical care, it removed the burden on IT departments of having to scale their own infrastructure to cope with the new demands,” he says.

Change Healthcare uses the cloud to deliver enterprise imaging and has recently signed a deal with the South West London Acute Provider Collaborative to deliver services including picture archiving and communication systems (PACS).

“Enterprise imaging is at an inflection point, and as solutions are moving to the cloud, the market undergoing one of its most significant transformations,” Cahill explains.

“As medical imaging technology has advanced, the size and complexity of these images has also continued to grow. That growth has increased the workload for researchers and radiologists who interpret these images to provide patient care.”

But while cost has been, and likely always will be, a barrier in the NHS not just for cloud but for all technology, Scarisbrick sees a light at the end of the tunnel.

As the benefits of cloud become more apparent so too do the cost benefits, and that is speaking NHS management language.

It’s not only cost that has stood in the way of cloud adoption. Scarisbrick agrees that security concerns have been a thorn in the side of vendors, but in a somewhat ironic turn of events, the 2017 Wannacry attack served as a catalyst to move towards cloud, he explains.

Scarisbrick adds: “The ease in which the ransomware infiltrated the NHS network was concerning for many chief information officers. Many of whom saw the benefit of ‘outsourcing’ their critical services into third party infrastructures with contractual requirements to keep patching and security current.”

Cahill agrees, adding that healthcare organisations should be looking to “de-risk cybersecurity threats” by looking to the cloud.

He says: “Given the increasing regularity and impact of cybersecurity threats to healthcare organisations, while there has in the past been unease with the potential of third-party data ownership and access to institutional data, today many application and cloud providers have watertight policies with clarity over data use and ownership.”

Conversations around NHS technology simply cannot be complete without talk of information governance (IG) and connectivity. Both of which play a major role in the uptake of cloud but have also hindered its progress.

“Most healthcare organisations are a ‘work in progress’ having started with the basics of connectivity to the cloud across their facilities. And this is the obvious place to start, with the early money in a cloud project being spent on ensuring that everyone is able to access the cloud,” BridgeHead Software’s Clifton says.

Except many organisations still struggle with reliable Wi-Fi, leaving clinicians unable to access patient data, especially when they leave the bounds of the hospital. Until this is fixed, it’s hard to argue for the cost of cloud if the information it stores is inaccessible.

IG has also meant cloud vendors have had to adopt to suit UK customers – a time-consuming task.

“Rules around the localisation of data meant that cloud vendors could not replicate data around the world for added security. Patient data must remain local to the UK. Cloud vendors have now adapted to this requirement and offer local availability zones,” Sectra’s Scarisbrick adds.

Is blue sky thinking about cloud finally behind us? The answer appears to be mixed. As to be expected, suppliers say the future is in cloud, whereas end users are more sceptical.

“I see cloud continuing to proliferate in the coming years. In less than five years I expect that the vast majority of all IT projects within the NHS will be delivered on cloud platforms, if not sooner,” Scarisbrick boldly predicts.

Clifton says that data is going to be the “biggest asset in healthcare” going forwards.

“Effective management of healthcare data will be the most important change in the coming years. And this will have a big impact on cloud adoption,” he explains.

“My predictions are that we will change our focus to better architected applications that provide patient, clinical, and/or operational healthcare solutions, many of which will rely on cloud.

“However, some of these services will remain on-premise. This means cloud adoption will increase, but I predict a hybrid cloud model will be the predominant description of cloud in healthcare worldwide for the foreseeable future.”

Cahill believes that as education and sharing of best practices continue, alongside nurtured relationships between NHS providers and vendors, cloud will face a boom in healthcare.

All very exciting prospects from suppliers, but what do those on the other side think?

Perhaps the most succinctly put opinion comes from Hamer. When asked if we’ve come any further from former health secretary Matt Hancock’s speech calling for a cloud-based revolution at Digital Health Rewired 2021, Hamer simply says: “I doubt it.”

He explains that on top of the aforementioned revenue funding challenge, there needs to be some incentivisation of NHS IT teams and suppliers.

“Suppliers will be increasingly viewed with suspicion if their solution isn’t cloud based and this will, to an extent, drive the market.”

The simple fact that most suppliers will move towards cloud being the default application in the coming years could be enough to push NHS organisations into adopting more cloud-based services, Rickles believes.

Beyond the ability to store and share data more easily, he sees a wealth of benefits once cloud has become widely adopted, including being more environmentally and financially sustainable.

It will also ensure data can be used to improve the experience of both patients and clinicians.

“Technology is only part of this journey, but one which can be transformative, as we have seen in other sectors like banking or shopping,” he adds.

“The wicked issue we have in health is to transform in a way which does not isolate the public. Banks may be able to close branches and put people to apps, the NHS must not transform in the same way.”