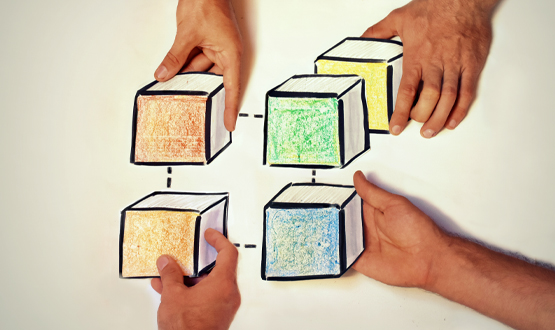 The conversation on interoperability has shifted. It is no longer discussed as a technology problem, but rather as a complex change that depends upon relationships and culture. Jennifer Trueland investigates the new willingness to face up to the challenges and barriers that stand in its way.

With a background in emergency department nursing, Kaye Coholan knows at first hand just how important interoperability is to the efficient running of health services.

“When you’re working in triage as a nurse, you have about two minutes to understand the person’s problem and reason for being in A&E,” says Ms Coholan, who is now a senior clinical consultant with Oracle Cerner. “Sometimes they want to tell you their life story, and you can see there’s a queue forming behind them.

“But if you have that quick background that you can see in a shared care record, it’s just invaluable. It gives you that quick summary and also the red flags you might have to look out for. Has the person had a heart attack last week? Or have they got a serious chronic condition we have to look out for? The benefits are huge.”

Few people would argue against the value of interoperability in health and care systems – that is, providing a seamless flow of high quality information that is readily understandable and shareable across organisational, regional and even national boundaries. But despite numerous targets and initiatives it is still far from universal in health and care systems across the UK.

This year has seen yet another push at a policy level, with England’s Data Saves Lives strategy. This envisages a future where local care systems in England are integrated with a culture of “interoperability by default”. It is also at the heart of the “5 principles” to help the NHS realise the benefits of data partnerships, which says organisations should not enter into exclusive arrangements for data held by the NHS.

Data Saves Lives also stresses the importance of accelerating the adoption of standards, particularly FHIR, to ensure the free flow of data between organisations. The King’s Fund has also published a report of interoperability this year. Recommendations include improving relationships across organisations, adherence to standards, and collective working by leaders. It also says that national NHS bodies should consider using whole-system incentives and national initiatives to enable progress on interoperability.

So does that mean there is fresh momentum behind the drive towards interoperability?

Ms Coholan believes that there has been progress – notably in a greater willingness to share data between health and social care. But there is a long way to go.

“The Data Saves Lives strategy is a good example, or acknowledgment, of where we need to get to,” she says. “And a big silver lining of the pandemic was that it accelerated the sharing of healthcare data. So I’ve got a little bit of optimism, but it definitely could be better.”

Ben Wilson, product solution director with Orion Health, also sees some reasons to be positive. “We’ve all come to realise that interoperability is a slow-moving piece that’s continuously progressing – not as quickly as some people would like, but it’s definitely better than it was two years ago.”

There is growing recognition that interoperability isn’t just about getting the tech right, he adds. “We’ve seen lots of publications and white papers saying it’s more than just the technology side of things; it’s about relationships, collaboration and willingness. So I think things are improving, but there’s still a lot to do.”

Interoperability still means different things to different people, says Mr Wilson, who is also a board member for INTEROpen, but there have been welcome initiatives, such as a growing willingness on behalf of vendors to align with standards such as FHIR. He has also noticed differences in the way that software solutions are procured in the NHS, to enable data to shift easily between different organisations and geographies. “A patient can go anywhere in the country – their information should follow them.”

Manuel Reyes, chief architect, Cognizant, says there has been some progress. “One of the things that’s started to change is that there’s now a more of a shared view of what interoperability actually means when we talk about it. And there’s now an objective realisation that this is no longer a technical problem. The conversation has shifted – it’s more about the culture behind interoperability and what that means, and it’s about the investment that’s required – human and monetary. It’s about funding, capacity, education, skills, and governance – and we’re beginning to reach that consensus.”

Barriers that could come under a technical heading remain, he adds, such as the number of outdated and legacy systems that are still being used across much of the NHS. But he says it’s positive that policy makers and others are beginning to articulate this. “What we’re starting to see is a clear distillation of the priority areas, but also a really honest distillation of the challenges and barriers. [Instead of] saying ‘yes, interoperability is great, let’s have some workshops’ but it never really delivers, it’s saying ‘yes, interoperability is a good thing, but it has these challenges, and we need to recognise them, acknowledge them, and work to eliminate or mitigate them’.”

Andrew Meiner took up his current post, chief revenue officer with ReStart, which works with NHS organisations to solve interoperability challenges, this year. But his interest in the topic goes back a long way – and is quite personal. “When I was a developer, which was quite a long time ago, I wrote some of the first HL7 interfaces in the NHS, so I’ve always been really interested in it. It’s my technical hobby, or my area of interest. So ReStart seemed like a natural choice.”

Interoperability is crucial both for safety and patient experience, he says. He describes the situation when his son – now aged 20 – was born six weeks early in Sheffield, rather than Basingstoke where the family lived. “I will never forget the midwives looking at my wife’s hand-held notes and saying ‘I can’t read this’. It scared me. It really scared me. Now if it was interoperable, the information that was in the Basingstoke maternity computer system would be shared, not just with my wife’s personal record on her phone, but also shared with the Sheffield maternity department. That we still don’t do that today is a real issue.”

Although standards have helped, adoption has been slow, and there’s still a lot of competition and tribalism around them, he says, adding that getting technicians and clinicians to agree is always a challenge.

He says there is a need for more action from NHS leadership at a national level. “What’s really missing is the mandate from the top, from the centre. If you look at other countries, such as Norway, their health service is very clear on this is how we use the standards, and systems must comply to these standards. It’s very simple. Whereas in England especially, we kind of seem to be caught between a rock and a hard place. We never really pin our colours to one standard.”

There are many reasons why standards are hard to do, but there’s a lot of good work going on, he says. “It just needs that push from the centre, from the government, saying ‘this is what we need to do; this is how we can do it’.”

Steve Burton, clinical systems sales director at Civica, would also like to see more support from the centre in pushing forward the interoperability agenda. “We’ve been involved with the frontline digitisation programme, and although that’s been a really productive programme, and there’s already starting to be a lot of activity in terms of EPR [electronic patient record] procurement, and in terms of developments in the healthcare IT market, it [interoperability] is quite low on the radar.

“From what I can see with interoperability, yes, there are developed EPR requirements, and it’s a core part of what they do, but in terms of the focus from the centre, I think the eye has slipped off the ball. It hasn’t been a key focus in that programme.”

Mr Burton definitely believes there has been a change in culture among suppliers, with less emphasis on protecting their own position within a trust or integrated care system, and more on getting things working well. He also thinks that technology is organising more around standards, which is also making things easier.
Customers have been driving that change of culture, he says.

“They have been expecting and demanding that interoperability is delivered. They have complex strategies. They’re trying to improve their digital maturity and streamline processes and services where applicable. I think trusts have driven that, perhaps more than the various policy initiatives from the centre. Trusts have been demanding a lot – and we, as suppliers, react to that.”