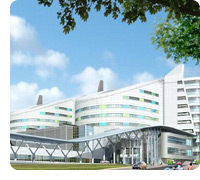 It’s hard to believe that the curving, high-tech, but empty wards of the £545m Queen Elizabeth Hospital will receive their first patients next Tuesday.

Just six days before 60% of the new hospital’s patients transfer from Selly Oak Hospital a mile down the road, there are no beds and the public phones have not had their cables attached.

Yet the hospital – which will also be home to the largest single-floor intensive care unit in the world, equipped to deal with hundreds of injured soldiers flying back from Afghanistan – is gearing up for a military-style operation to transfer those patients.

University Hospitals Birmingham NHS Foundation Trust, which has been planning the move for months, has embedded IT in the process to make sure it happens smoothly and safely. Just as importantly, it has embedded IT into its thinking about how the new hospital should operate in what will be difficult times for the NHS.

The chief executive of the trust, Julie Moore, tells E-Health Insider: “It’s a once in a career opportunity that you get the chance to build a new hospital and make it high tech from the very start. We’ve always known that there is great potential in IT and in using it to be more efficient, so for a number of years we’ve been investing heavily in technology to benefit our patients.”

The IT team has designed a live bed management system for the move that will enable members of staff to know the location of each patient as they change hospitals.

Daniel Ray, director of informatics and patient administration says: “This is going to be hugely beneficial for the move. It will help us massively as we move in so that we know the right person is in the right bed coming in from Selly Oak to enable the transfer to run smoothly.”

The system will eventually enable staff to view ward layouts and information – such as how long a patient has been in hospital, whether they are waiting for test or a result and their dependency score – from any location, including their home.

The core information is fed through the trust’s prescribing information and communications system (PICS), which was developed in-house and is now being marketed to the wider NHS. It will also be linked to other feeds, including the pharmacy system, so staff can see when to-take-out medicines are ready.

“We did an audit against our paper versions and the electronic bed management was more up to date than the bed manager using paper when walking around the wards,” says Ray, explaining that this is because the bed manager takes an hour and a half to get around the hospital while “the system updates every ten minutes.”

Moore beams: “The system that we are most proud of, and that drives a lot of what we do, is our PICS system. It’s more than a prescribing system; it’s the centrepiece for how we drive quality improvements. It’s about quality and safety for patients but it also helps us to be efficient and takeout costs in the system as well as feed other systems.”

University Hospitals Birmingham believes it is one of very few trusts to be providing an automated prescription service – and says it is cutting length of stay and MRSA rates dramatically.

Moore adds: “When patients come into the hospital they are screened for MRSA. Without the system, if the result was positive, they’d have to wait for the junior doctor to come round and prescribe the solution.

“Now, because the lab results link directly to the PICS system, there’s an automatic prescription service. This has reduced the average time for this process from 30 hours to five seconds. When we implemented that there was a real step change and reduction in the number of patients being infected subsequently.”

The trust is also introducing more front end technology to enhance patient care. Staff in the new 100 bed critical care unit will benefit from automatic messages from the PICS system that will alert them when a patient’s observations go out of a defined limit.

The messages will be sent to clinical staff, so nobody has to stop, interpret, and then phone or bleep the relevant person.

Helen Gyves, senior nurse in critical care, says: “Already, we hardly use any paper, so we’re not expecting to see a huge amount of change at first. But now we have the infrastructure to grow and be ready for when any new technology does arrive.”

The new build has not only allowed the trust to think about the IT infrastructure it needs, but the space it needs to put it in. There are huge empty gaps around the beds – perhaps enough to fit one or two beds between those that are there – to allow more hardware to be implemented in the future.

“Soon we will have a patient’s ITU chart – all the information about a patient from blood pressure to how much liquid is in their pump – all n the same screen, so it’s also about being able to electronically lift that information in the future,” Gyves says.

The thing that patients will probably notice is the design of the 1,213 bed hospital, which is laid out in three large rings. To make it easier for them to find their way around, the trust is introducing a 3D way finder.

Walking around the hospital on a media tour, even the communications team seemed slightly unsure about where it was going. So the idea of the way finder is to change that for patients, relatives – and even staff unfamiliar with the layout of what will be the largest, single-site hospital in the UK.

Ray says: “You pick the place you need to get to in the hospital, and when you use the self-check in desk it will take you through the hospital and the corridors exactly the way they are in 3D. We’re now looking at ways that will enable patients to know where they are going before they turn up, so they can sit at home and walk through the hospital.”

Taking “a leap of faith”

So how difficult was it to persuade the chief executive that investment in IT was needed in Birmingham? “It’s actually very difficult to build a business case,” says Moore. “You have to more or less take a leap of faith.

“We took the decision to invest in a system for quality of patient care. Our belief is that good quality probably costs less than bad quality and now we believe that we are further ahead than any other trust in implementing these systems.

“Some of the well publicised drug errors that happen in other hospitals would not happen here because our system would not allow it. Yet that cost is borne by the NHS as a whole, via the shared insurance scheme that we have. So, we save money for the NHS, but as an individual trust we don’t realise that.”

Singing of the same sheet

The IT team appears to be particularly close to senior management and clinicians, with the medical director also taking on the role of director of IT.

Ray says: “Last week, a trust came to talk to us about our IT strategy. Nobody [here] spoke to each other about the meeting beforehand. But everybody in the meeting – including chief executive, senior management and the IT team – knew exactly what we were talking about and we all sang of the same hymn sheet. We have developed an attitude in the trust where if there is a problem we look at how we can use IT to solve it first.”

The trust is reluctant to talk about the National Programme for IT in the NHS, from which it is due to take iSoft’s Lorenzo electronic patient record system. Tactfully, it says that if there is ever a fit for purpose system the trust will not rule it out. For the time being, though, it will continue to develop its own system.

Moore adds: “We use an in house team not to save money but to make the technology relevant. When we started down this path there were very few systems around and indeed we don’t think there are many systems around now that match the functionality of our system.

“We’re actually building our own EPR, so it’s very well accepted. I think that if someone tried to remove the system here they just wouldn’t be able to. The clinicians would kick back against that in a very strong way.”

The next few weeks will show whether the trust’s systems are really up to scratch and test out its clinical staff and IT teams as they adapt to life in a new hospital.

Ray says: “We’ve taken a massive amount of preparation work and testing, but we’ve now got to the point where we can’t do anymore. Around 20-25 patients are moved every few days between [two of the trust’s existing] hospitals, so we’ve just got to look at [the transfer from Selly Oak to the new hospital] as a bigger operation.

“We need to make sure the reporting mechanisms are in place, tracking everyday activity and making sure that data quality is up to scratch because staff will have a lot on their mind. For the IT team, this is more about a fire fighting role. Our job is to keep the show on the road.”