David Walliker, chief information officer (CIO) at Royal Liverpool and Broadgreen University Hospitals NHS Trust talks about his digital ambitions at the global digital exemplar trust. Catching up at iLinks at Aintree Racecourse, Walliker told Digital Health News who inspired him to become a CIO, about the new Royal hospital and which action hero he’d like to play him in a movie.

I wanted to influence from the top down.

I did private sector before I worked in the NHS, and you come in the NHS because you want to work in the health service and you want to make a difference.

The easiest way to change something is to design it, so that’s what motivated me to become a CIO so I could influence at board level.

That was an enabler to everything else, so our PENS system replaced the paper. And, our white board solution, that’s the really exciting thing from the last 12 months. But you couldn’t have done that if you had paper floating around the system.

Moving into a new hospital [the new city centre Royal].

What’s the biggest barrier to being a more effective CIO in Liverpool?

The fragmentation of our health and social care system, we have great programmes, great visions, great leaders and everything is clinically led, all the trust board chief executives are signed onto it. But simply by the fact that in North Mersey there’s eight hospitals, means you’ve got eight sets of interoperability, eight different data standards.

If you were designing the NHS from scratch, you wouldn’t.

Probably public confidence in the solutions being offered because to truly transform we’ve got to collate research based data and then we’ve got to do that in the Cloud.

Have a vision, stick to it and don’t give up.

Patients and their carers, because they’re the ones that run the business of healthcare and we’ve got a responsibility to make that better for them. But, I wouldn’t want to pick out anyone, because I think everyone is brilliant who works in it.

I would spend £20 million on artificial intelligence and machine learning to tell me how to best spend the other £10 million.

The question is why don’t our eco-systems talk to each other?

It still haunts me now and it was 25 years ago!

I’d have my uncle John, he was the whole reason I aspired to be an IT leader and he was a great man.

I’d have Elon Musk and Tim Cook, and I’d invite them both so they could work out how to put a decent battery in an iPhone, while me and my Uncle John have a nice catch up!

Don’t have one, refuse to have a computer at home.

My kettle, my analogue kettle, not anything special. 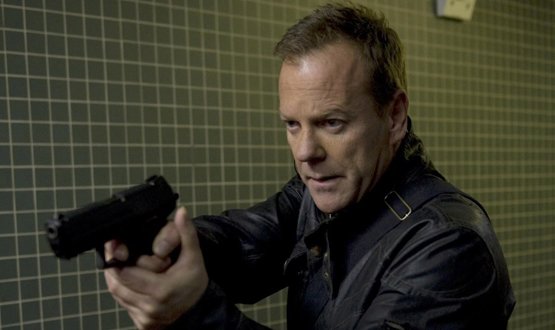 Walliker picked 24 action lead, Jack Bauer, to play him in the movie of his life.

Southampton University Hospital's pioneering use of personal health records is speeding up patients' treatment and reducing the need for hospital visits.