A major London teaching hospital is investigating the clinical use of holograms.

Presented at London Tech Week in June, Navin Ramachandran, a consultant radiologist at the trust, said the work is being built in Microsoft Azure and it is in its early stages.

The plan is to use the technology to help surgeons understand the specific anatomy and condition of a patient. When wearing the HoloLens, surgeons will be able to see an image of the patient’s organs.

The short term hope is this will help with pre-surgical planning. The longer term vision is to super-impose the hologram on the patient during an operation, and for the image to change in real time to reflect what the surgeons are doing.

Hologram technology will lead to improved outcomes, he said.

The technology is being created as a collaboration between the trust, University College London Computer Science, and NHS Code4Health, under the platform for enhanced analytics and computational healthcare (PEACH).

Ramachandran said the reasons for focusing on kidney cancer include the complicated nature of the surgery and the complex anatomy.

However, there are challenges with introducing the technology.

These include surgeons wanting the interface of the technology to be “really basic”, Ramachandran told the audience in London. 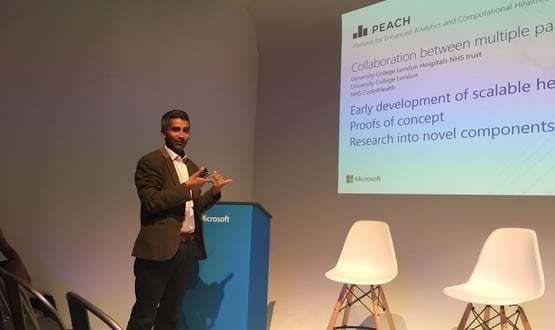 Microsoft HoloLens has been shipping as a non-consumer product since November last year. It is a headset which allows users to see virtual 3D images alongside what they are seeing in real life – so called mixed reality.

Leila Martine, director of new device experiences at Microsoft, told the London Tech Week audience that HoloLens has the processing power of a Windows 10 PC.

She used a US case study to illustrate how HoloLens can be used in medical education, at Case Western Reserve University and the Cleveland Clinic.

Ramachandran also said there were issues with regulation and public trust when it came to the use of new technology.

“Most of this is not the technical aspect but the regulatory aspect”, Ramachandran said. “The biggest thing we’re fighting at the moment is that patients don’t trust us with their data.”

The importance of communicating how patient data will be used and who will access it was demonstrated through the controversial care.data scheme.

The programme was first approved in 2012 as an ambitious project to expand the Hospital Episode Statistics and to link them to other data sets, starting with GP data, and to make this available to researchers and others.

The programme was paused last year amid an open revolt from GPs and a botched publicity campaign, in which thousands of leaflets were distributed which failed to name the programme or offer an opt-out form.

Ramachandran said it will be some time until the HoloLens technology is used on patients as heavy testing and approval by regulators is needed. 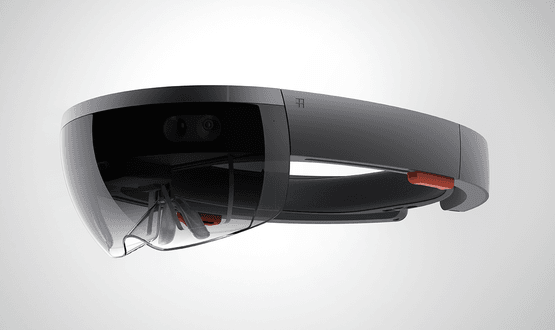