Chelsea and Westminster Hospital in conjunction with its partner charity CW+  jumped on board BioBeats health device, “Breathing Stone”.

It was piloted in the Surgical Admissions Lounge at the hospital and gives about 200 patients per month access to the device prior to their surgery.

The self-guided breathing and meditation device uses visual and audio cues generated from the heartbeat to support anxiety and stress relief in patients.

The hospital does its best to accommodate patients in line for surgery with their stress levels through various strategies and programs.

However, given the time demands faced by health practitioners, patients can wait on their own for long periods of time – impacting levels of stress.

A BioBeats spokesman said 25% of all patient bays were supplied with a stone and their physical/mental stress was reduced by an average of 23% overall after using the device in pre-surgery waiting rooms. 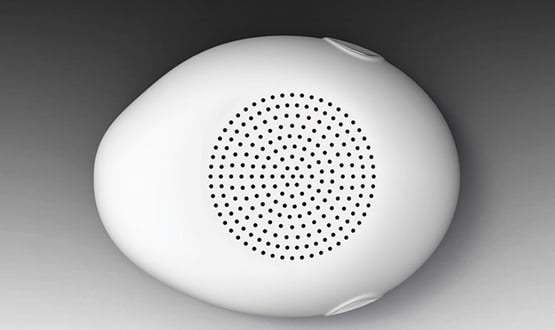 BioBeats is a digital health and artificial intelligence business.

Trystan Hawkins, director of patient environment at CW+, said patient feedback was fantastic and they saw a considerable decline in stress and anxiety levels among patients.

“I tried it myself – you hold it and it starts to make noises and generates lights and gets you to breathe in a particular cycle and that deep breathing relaxes you and lowers your heart rate”, Hawkins said.

The device provides a personalised and guided breathing framework based on the user’s biofeedback and contains heart rhythm detection circuit, loudspeaker, LED lights, connectivity and a micro-processor.

The enclosure was designed in Italy with the express aim of creating a beautiful and pleasant to hold device that resembles a water-smoothed river stone.

A BioBeats spokeswoman said this gives the breathing stone a natural aesthetic that allows the patient to become disassociated from the clinical environment during use.

Hawkins said the hospital intends to continue using the device, but are waiting on BioBeats to develop the device further.

“BioBeats is looking at enhancing the Breathingstone offering to deliver best practices for managing patient stress and scaling it across the NHS network”, the BioBeats spokeswoman said.

BioBeats CEO David Plans created the device – he is an adaptive media researcher and entrepreneur. He created the first European merger for Open Source startups and helped the NHS on one of the first mobile applications, Florence, to let users self-report in chronic illness.

NHS Digital’s WannaCry response was “let down” by poor comms

NHS Digital’s response to WannaCry was “let down” by poor communications to healthcare organisations about the attack, its security operations lead admits.