This week we’re talking to Sharon Webb, who is the CNIO at Milton Keynes University Hospital NHS Foundation Trust (MKUH). Sharon talks about why she would advise other CNIOs to “remember the bigger picture” and why she believes ward and department managers are “like superheroes” in her eyes.

Why did you become an NHS CNIO?

It was an opportunity that couldn’t have been better timed. I was in the organisation as the deputy chief nurse, covering a short term vacancy, the role was coming to an end and MKUH wanted a senior nurse to undertake and lead the nursing aspect of Cerner’s EPR system. The role also included being the workstream lead for nursing and I jumped at the chance.

On reflection, I probably didn’t appreciate how large the task was, but what better way is there to get to know the system and to ensure that you are engaged with the development of the system right from the start?

Why do you think the role of CNIO is so important within the NHS and the nursing community?

The importance of engaging with this technology has been recently highlighted by the Royal College of Nursing’s principle that all nurses are e-Nurses and how all health professionals need to learn, interpret and share a new language and tools to interact with patients.

The CNIO role should be as critical for every organisation as the safeguarding role, infection prevention and control and tissue viability.

We are required to use this technology in our everyday interactions on the wards and department – it is here, it is now and it is the future and CNIOs have a big part to play.

MKUH was recognised as a fast follower of West Suffolk as part of the Global Digital Exemplar Awards.

This has been hugely timely for MKUH and has felt like we have an older sibling working alongside us in our digital journey.

For the staff of MKUH, it has been the journey of preparation for receiving the new eCare model.

As part of that journey, MKUH has seen new devices arrive on the ward, which include workstations on wheels, drug carts and observation machines that will interact with the system.

The go-live of eCare and optimising the system.

There are already plans for upgrades and of course for MKUH a phase C, where our DoCC, theatres and PAEDS (Paediatric Active Enhanced Disease Surveillance) come on board.

IT are working very hard to roll out Tap and Go, and these are very much seen as enablers to make IT more user-friendly for staff.

What’s the biggest barrier to being a more effective CNIO?

Seeing a vision of the possible and translating that into money, change management, engagement, timing for the organisation and prioritising it over other competing priorities.

The NHS has its own invisible barriers and these need to be broken down to achieve true interoperability. Where the barriers have been removed it, would appear that systems work well not only for healthcare professional, but more importantly for patients, who quite often assume that this is already in place.

Which piece of technology do you think will most help ease winter pressures on the NHS?

A tool to keep patients at home with early detection of warning signals to health issues and early intervention.

If you have one piece of advice for other NHS CNIOs, what would it be?

I admire the ward and department managers the most – they have an incredibly difficult job to do ensuring that all patients have the right care, ensuring that staff are supported with the knowledge and skills to do the job that is expected of them and to ensure that they meet the organisations wider expectations.

They seem to stand like superheroes on a ward and take on whatever comes next. They are, in my opinion today’ss true heroes, I am in awe of them and hope that the work I do enables them to have more powers to do the job.

It would have to be towards development of a tool specifically for patients that would cross interact with what happened in the hospital (data from the eCare system) and then what happened at home, with any inputs, measurements, surveillance the patient wanted to add; with the option of having a teleconference with a health professional or GP. This, if monitored correctly, could get patients help on a timely basis and assist patients to stay in the community and their own homes.

Probably the FitBit or something similar, as a lot of people seem to have and use them. But I’m not sure that, as health professionals, we tap into them or talk about them even with each other. It gets people motivated to move more and can aid in health surveillance.

My first ever job was in a biscuit factory, I had to scatter coconut over chocolate wafer biscuits, it was fine until I had to change the box and then I could never do that quick enough and the supervisor used to have to shout ‘stop the line’ and everyone would stand there looking at me. This was definitely a good case for automation – I didn’t stay there long.

My Nan, definitely. She was one of the best nurses I know. Steve Jobs, to see whether he would have had a bigger vision for Apple that may have been unrealised (pen and patent at the ready). Mary Berry, as we won’t be having dinner unless someone can cook, plus she seems like great fun.

It will be something visually colourful, probably lots of paint pots or something similar.

Ipad Pro –  I can see it without my glasses.

I would love to be an actress so I could try lots of people’s jobs out. I am always curious what other people do for a living.

I would like to say someone like Helen Mirren, but it would more likely be Julie Walters, as I believe in not taking life too seriously. 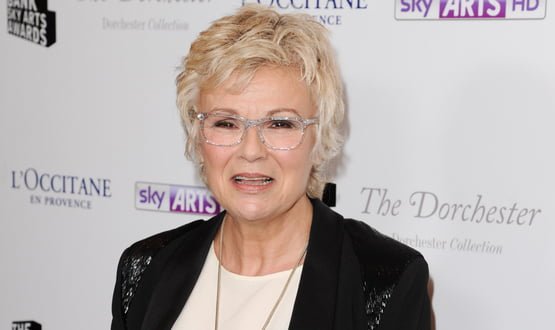 While our cybersecurity columnist Davey Winder has no problem with his data being held in the cloud, he is worried about this recent push to...