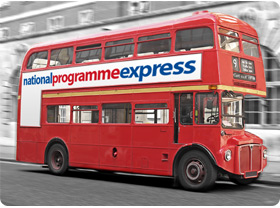 Trusts in the North West of England are being given the option of getting off the ‘Lorenzo bus’ and being told that they will no longer face penalties if they decide to do so.

E-Health Insider has learned that NHS bosses hope as many as 30 trusts will either volunteer or be persuaded to opt out of taking the strategic electronic patient record that CSC is due to deliver across the North, Midlands and East of England.

The search for volunteers to opt out of taking the late-running iSoft system in the North West appears to be part of a wider ‘de-scoping’ in the NME, driven by the Treasury’s demand for £600m of savings from the National Programme for IT in the NHS.

The Budget indicated that NHS Connecting for Health has round savings of £100m. BT’s March deal for London traded £112m of savings for a reduced number of hospital Cerner implementations. Assuming a new NME LSP deal is signed, the NME is likely to need to find £300m of savings.

Earlier this year, EHI reported that much of the clinical functionality planned for Lorenzo, including theatres, maternity, inpatient electronic prescribing and GP integration, had been dropped.

The reduced functionality put the benefits of the system in doubt for many trusts, although it appears that some has been put back in.

A letter sent by the chief executive of NHS North West says: “From the initial scope discussions on which you were briefed, a revised scope has now been agreed. The revised position now brings theatres, maternity, multi resource scheduling, child health and disconnected mobile working back into scope.”

However, the letter also asks trusts “whether [they] intend to formally withdraw from the programme” and says that “a trust’s financial liability will only occur when you have committed to a project and signed the project initiation document.”

This suggests that most trusts would not face penalties for giving up the commitment to take Lorenzo, although they would need to fund alternatives. It is also understood that trusts staying on the ‘Lorenzo bus’ will receive central funding for the deployment, but that data migration and readiness costs may have to be met locally.

One source told EHI: “These proposals have been generally discussed with a member of the CfH area teams and trust IT management.

“It was made clear that trusts could still opt to stay in the operational implementation plan for Lorenzo and have an opt out at a later stage if the Lorenzo dates slipped too far or the functionality provided was too little – but only if they had not signed up to a project initiation document.”

As things stand, it appears only a few trusts have stepped off. The letter says: “based upon CIO discussions we have indicated that all but six or seven of the NHS North West organisations would stay within the programme.”

A spokesperson for NHS North West declined to say how many trusts had opted out so far. However, they confirmed that the SHA had been approaching trusts on their IT future plans.

The spokesperson said: “NHS North West is committed to the delivery Lorenzo Regional Care in the region. A review of the deployment plan is currently underway and, therefore, the SHA has been in contact with trusts in order to establish the best way forward.”

EHI understands that, depending on the outcome of the renegotiated contract with CSC, similar letters are likely to be sent out to the trusts across the rest of the NME.

There has also been increasing speculation that a renegotiated deal may see CSC losing its contract to provide acute systems across the whole of the NME, instead providing the system across parts of the region, along with its GP systems contract.

The letter says: “In addition to this there is the opportunity for a limited number of organisations to take TPP SystmOne community, hospital and child health solution within total contract value.”

Several trusts have told EHI that they have been left in limbo following the failure of University Hospitals of Morecambe Bay NHS Trust to go live with Lorenzo Regional Care Release 1.9 at the end of March and the resulting decision by the Department of Health not to award CSC a renegotiated LSP deal.

One trust IT manager, said: “[DH chief information officer] Christine Connelly did not sign up to the revised CSC contract and it is no longer clear what Lorenzo is or is planned to be. The election was announced and now no one knows anything.”

Christine Walters, associate director of IM&T at Pennine Acute Hospitals NHS Trust, which remains committed to NPfIT, added: “Nobody is really telling us anything. It’s all very vague and little is being said about what is going on at Morecambe Bay or what it means for the trusts expecting to get Lorenzo.”

Mark Thomas, head of North Cumbria Informatics Service at North Cumbria University Hospitals NHS Trust said: “The SHA has asked for commitment in terms of ‘are you in or are you out’ at chief executive level and we’re very much committing ourselves to sitting on the fence on this one.

“We will definitely not be looking at a Lorenzo implementation until at least 2013 and that is caveated around the cost of implementation, which is very large compared to the benefits coming back.”

CfH said it was unable to comment because it is still in negotiations with CSC.