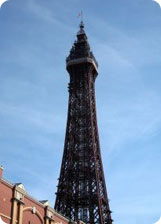 Blackpool, Fylde and Wyre Hospitals NHS Foundation Trust has pushed back the go-live of its trail-blazing Alert electronic patient record system until 10 September.

The trust, which had been due to go live with the EPR in A&E at the beginning of July, said the date has been revised following extensive discussions with staff, clinical governance leads and the programme team.

In a statement to E-Health Insider, the trust said: “The teams expressed their wishes that the electronic patient record should only go live when all components were complete, including electronic prescribing, in order to minimise any risks associated with the use of part-paper and part-electronic records.”

“The Vision [the name given to the project by the trust] programme team is working with the Alert team to minimise the impact on the go-live date with the cardiac division, but it is likely that there will be some delay on the planned deployment date.”

Blackpool will be the first NHS trust to implement the system in the UK. Alert’s EPR went live on a much smaller scale at CircleBath hospital earlier this year.

Despite the multi-million pound deal, the trust has said that it is not going outside the National Programme for IT in the NHS and Alert will be an interim solution while it waits for iSoft’s Lorenzo to become more available and stable.

The statement added: “Although any delay is disappointing, it is important that we ensure the first phase of deployment is undertaken safely, and that clinical teams are confident in the electronic system.

“The team has shared how impressed they are with the significant progress that has been made in a relatively short time. This is largely because of the significant and invaluable input we have had from all staff who have once again proved their determination to put this trust at the forefront of innovation.”

Philip Graham, director of IM&T at the trust added: “We are a hugely complex organisation and there may have been a slight underestimation in the complexity of the project. This is not just an IT system it’s about change management.”

Health secretary Andrew Lansley has scrapped some key NHS performance targets and told the health service it must save at least £222m in management costs...