Beverley Bryant, director of digital transformation at NHS Digital, says the organisation must carry out a cultural revolution, move away from thinking of ‘programmes as king’, and become far more responsive to the needs of customers. 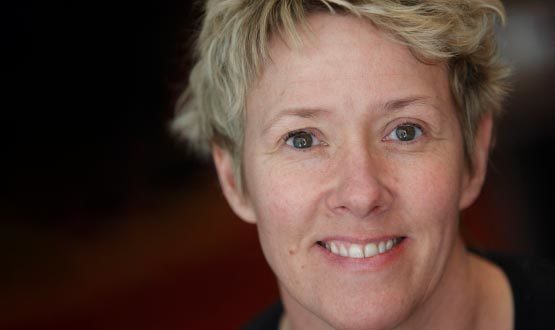 NHS Digital – the organisation which has been best known for remotely crunching data and statistics and for its sprawling portfolio of programmes, many of them hang-overs from the National Programme for IT (NPfIT) era – now has responsibility for supporting the NHS to harness digital to achieve radical change.

In addition, NHS Digital is hunting for a new chief executive and, despite having been through 30% cuts in recent years, remains an often labyrinthine bureaucracy, with complex governance structures.

The director responsible for achieving a fundamental shift in NHS Digital’s focus, turning it into a responsive customer-focused partner of local NHS organisations, is Beverley Bryant. She moved across from NHS England six months ago, where she had previously been Tim Kelsey’s deputy.

The core challenge she says is that NHS Digital now has responsibility for delivery of the National Information Board (NIB) agenda, which is all about cultural transformation.

“The cultural difficulty is delivering on that requires us to be much more customer-focused and closer to the front line. We can’t stay in our offices and in an ivory tower.”

This change in cultural attitudes will also need to occur in managing NHS data and statistics, a core part of the organisation’s role. The challenge, she says, is to fully maintain the agency’s rigour on being the guardian of data but to be much more responsive.

“So transformation is about helping our staff to never dilute or compromise – such as on data access requests – but organisations like universities say it’s often difficult to get data from us so we are trying to streamline, but will still be ironclad.”

Need to be responsive to customers

Too often, says Bryant, the complaint that has been made against NHS Digital and its predecessors is that it is unresponsive. “Historically a lot of criticism is that requests go into a black hole.”

“If we say no, we need to explain why and be supportive,” she adds. “It’s about staying true to a trusted position but not making it so hard for people that they give up.”

On the data she says there have been two cultural problems. “We’ve had a key statutory function around statistics, so we have a role on statistical accuracy which has dominated over timeliness. And being more timely may mean being less complete.”

Must balance data accuracy with timeliness

“We have to let go of the idea that 100% accuracy is the benchmark we have to achieve every time – we have to balance accuracy with timeliness.”

She points to the appointment of talented new directors such as Daniel Ray, who is a data scientist, as a key part of change. And she stresses that the organisation is beginning to publish useful data much more regularly.

“The mental health minimum dataset has been a massive priority. We have increased the scope and timeliness of the dataset hugely over the past six months and are working much more closely with clinical and policy leads in NHS England to ensure that we use our statutory collection duties to do what they want us to do, rather than what have historically judged to be of value. This has become totemic for the organisation.”

But Bryant says that care.data and the Partridge Review have had an impact on NHS Digital’s morale and subsequent appetite to take risks.

“I also believe data area has been difficult due to fear.  In the past things like care.data have resulted in this organisation having had its reputation tarnished without having control of it.”

She says a move away from being dominated by programmes also represents the beginning of change in the DNA of NHS Digital.

Moving away from programmes as King

For local NHS organisations the programme-centric focus can result in having to deal with many different NHS Digital programme teams, which are not always very joined up.

To counter this fragmentation and try to and instil a customer focus, Bryant is leading NHS Digital’s shift to regionally-focused delivery teams. These will work with trusts, CCGs and STPs to support their digital aspirations, helping them get the most from nationally available services and capabilities.

“We’ve got to take people out of programmes and focus on what NHS organisations need help with. And those programmes we do run should end sooner. Once the service is live it should move into business as usual.”

The development of the regional teams, which will run alongside NHS England regional teams, is be headed up by Eve Roodhouse, programme director, implementation, adoption and uptake, NHS Digital.

The four teams will cover London, South, Midlands and the North of England. Two have been established and two are being set up.

In total 115 of NHS Digital’s staff will move into these programme ‘agnostic’ teams to support local digital plans. “It’s not just about driving people to national adoption targets, it’s about listening to what the NHS wants and trying to help them achieve it,” stresses Bryant.

“If I continue to just bang the drum on national targets the danger is people won’t listen. We have to sell the benefits of what we have offer locally.”

She adds: “If an STP is saying our digital roadmap needs x, y, z, then people will roll up sleeves and help them.”

Change of ‘mindset’ and ‘tone of voice’

The challenge she says is as much about “mindset” and “tone of voice” as it is about the portfolio of products and services. Part of that tone of voice, she adds, is about “no more horrible letters from NHS Digital, telling people they have to start using something”.

“If you have ministerial drive for a service, then just writing to organisations saying that doesn’t result in delivery. What’s more likely to work is having someone supporting people on the ground. And I want to put that support on the ground.”

The regional support programme “will be funded nationally through paperless 2020 – we are not asking for local funding”, says Bryant. “In two years’ time we will ask NHS are we adding value?”

Bryant acknowledges that this change in mindset from big command and control programmes to local persuasion and support will also require NHS Digital to change culturally, particularly when so many have built their careers working on big programmes, dating back to the NPfIT-era.

“Increasingly the focus needs to be on the business change element – we need to focus on getting the NHS to embrace technology to achieve transformation, and supporting them through that process.”

Bryant acknowledges this will take time and that high profile programmes are not about to disappear overnight. “We are very focused on high priority national targets but it is about how we work with the service locally to achieve these targets.”

Similarly the global digital exemplar programme, being led by NHS England and managed in NHS Digital by Tom Denwood, will still be managed in a programmatic way.

Bryant says the success of NHS Digital’s transformation will be measured on how well it supports STPs’ digital plans.

“We know we can’t do this to the NHS, but only through partnership. We need to work very closely with the CCIO and CIO community, which is growing but not yet everywhere.”

Success she says is for the programme delivery side of NHS Digital to make itself redundant in the future. That would mean the NIB agenda being successfully delivered, and the wider health and care system embracing and owning ongoing technology uptake and adoption.

“We’ve got to work ourselves out of a job – if everything gets implemented then we need to be developing next generation tech and our role should diminish to managing the large scale infrastructure assets and national data collections.”

Kevin Jarrold, CIO at both Imperial and Chelsea and Westminster, talks about his second Cerner deployment, Google's Deepmind and GDEs.