Where is the business case for medical VR?

Virtual reality remains largely a gamer’s plaything in its current form, yet it is a technology that’s getting a lot of interest from other industries – healthcare included.

Proponents of the technology believe VR offers a valuable new addition to the clinical toolkit, with potential applications ranging from education and training to rehabilitation, pain reduction and even treating anxiety and depression.

One of those proponents is Todd Richmond, member of the Institute of Electrical and Electronics Engineers (IEEE) and director of the mixed reality lab at the University of Southern California. When asked by Digital Health News if there is evidence supporting the use of VR in the treatment of medical conditions he is unequivocal – yes.

“There have been good outcomes reported on the use of VR for treating ailments and broader pain management in clinical settings,” stresses Richmond. “VR has significant promise as a distraction as applied to medical problems – one factor in pain management.”

He suspects broader benefits will be uncovered in time. “We don’t fully understand what parts of the brain are being stimulated by VR, and further study will likely point towards other applications.”

Digital Health News begins our conversation with Richmond by exploring the current uses for the technology.

What areas of healthcare is VR being applied to?

“Both pain management and post-traumatic stress disorder (PTSD) are targets. There also are promising applications for rehabilitation, particularly when combined with gamification techniques. Anything that involves behaviour modification could be a target for VR.

“The possibility of combining VR with existing and new cognitive behavioural therapies (CBT) is particularly interesting, and could be used for anxiety, phobias, depression, and more.

“We’re also experimenting with using VR to lower stress levels in patients that are preparing to undergo surgeries or other traumatic treatments. The ability to ‘pre-run’ a procedure holds the promise of both improving patient education and comfort with the unknown.” 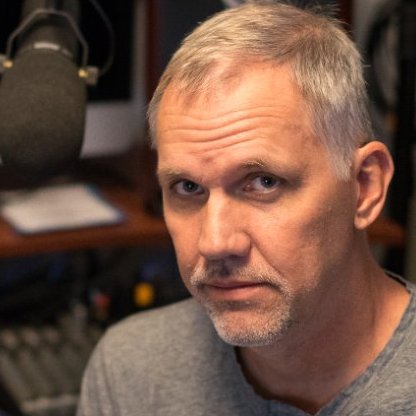 Todd Richmond, predicts VR his many potential applications in healthcare

What’s the most significant work that has been done in this field so far?

“Skip Rizzo at USC’s Institute of Creative Technology is a leader in using VR for the treatment of PTSD. Meanwhile, the University of Washington Harborview Burn Centre has done seminal work on using VR for pain management.”

Richmond feels academic labs are currently where the most interesting progress is being made. But when our conversation turns to specific manufacturers, he does name one he feels is making good progress.

Which manufacturers or developers hold the most interesting propositions for medical VR?

“All have strengths and weaknesses, but the new mixed reality headsets that Microsoft has created the standard for (and are built by various companies such as Acer, Samsung, and more) are perhaps the most interesting, due to the inside-out tracking capabilities. That means you don’t need external sensors to enable patient movement, [which allows for] ‘room-scale’ VR.

Richmond might believe in the possibilities of VR, but he’s under no illusion: it’s not yet mainstream, and it will be a while until it is. So our discussion turns to the barriers. With the technology quickly advancing, what is the hold up to more widespread implementation? Predictably, we soon start talking money. But Richmond points out VR “is much cheaper than most biotech experimentation and product development”.

What are the biggest barriers to VR/AR entering the mainstream?

“Cost, logistics, efficacy, safety, policy, and more. We can see a future where doctors will write a VR prescription, but it’ll need to be as cheap as current medication, and that means lower costs combined with much broader market penetration.

“Logistics, relating to the entire supply chain – how is the experience created, how is it distributed, how is it used by the patient, how is patient use and results tracked by the physician, and so on.

“In terms of efficacy: there needs to be clinical proof that the treatments actually work and are safe. These studies need to span a wide range of demographics. For instance, we really need good data on minimum age for VR use. The brain of a child is a rapidly-developing organ, and VR isn’t the same as a screen experience at arm’s length.

“Policy will also need to be created around the medical use of virtual, augmented and mixed reality (VAMR), which means government agencies will need to get smart about the technology. This is also an area where organisations like IEEE can play a key role as neutral arbiters of information and standards.”

In terms of adoption and implementation, how could the NHS carve out the funds to invest in VR/AR technologies?

“One can ask the same question 20 years ago about DNA sequencers and  other tools. The challenge will be to have tactical patience.

“VAMR is an emergent field and the user experiences are a work in progress. It takes time to work through the issues, but many will jump in and claim to have solved problems when in fact all they’ve done is create more issues.”

As our conservation draws to a close, we look beyond VR/AR. Richmond sees plenty of other technological developments which hold promise for healthcare – not least when combined with VR. But he knows “the devil will be in the detail”.

Which other emergent technologies do you think offer the greatest potential for healthcare?

“Wearables, implantables and biosensors will be a big part of our healthcare, along with non-invasive techniques like affective computing. These, combined with VAMR and AI/machine learning, have the capacity to transform healthcare.

“Questions around efficacy, privacy, standards, policy, data ownership, and more will all need to be sorted through.

“It is crucial that we consider these factors while we’re in the developmental stage, rather than waiting until after products are released. Second and third-order effects will be significant and, in this case, literally life-threatening. Thoughtful development, rather than a rush-to-market approach, will be imperative.”