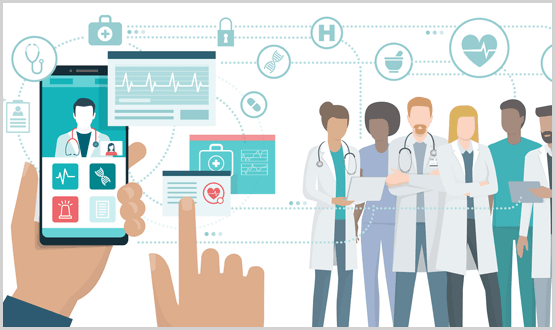 Smartphones are an essential part of the lives of most people worldwide yet for NHS staff, mobile working is not seen as a consistent feature. Jennifer Trueland reports on how and when that might change.

According to Phillipa Winter, mobile technology can make a huge difference to patient care, but only if you make it as easy as possible for staff to use it.

The CIO at Bolton NHS Foundation Trust is a firm believer in user-sensitive design, so much so that she effectively delayed the roll-out of a mobile electronic observations solution at the eleventh hour because she knew that as it stood, it simply wouldn’t wash with her workforce.

The problem is Bolton has been operating with a virtual desktop environment, both in hospital and community settings, where staff can literally tap to log on, then tap to log out.

“With the tap to log on to the virtual desktop, this means that if I, as a clinician or as CIO, want to go to anywhere else in the hospital, I can tap to log on and the desktop remains persistent,” says Winter.

“It’s easy – and it’s now embedded in the workflow.”

The proposed new system, however, required a more arduous physical log on and out.

On the wards, nursing staff are accustomed to tapping in and out of the desktop. The idea that they would have to pause to log on (and remember to log out) is simply no longer part of their workplace culture, Winter adds, which made the roll-out of the electronic observations solution problematic.

“For us, because of the nature of our estate, it was like ‘Oh my god, what are we going to do now?’ Because staff are not going to tolerate this,” Winter says.

“They won’t have it, because they are so used to having that ease of access, and we’ve had it for so long that it’s absolutely embedded into the way they work.

“We worked with a number of suppliers to do the mobile technology and the tap to log on, and that, for us, was the success, because I think that if we’d put out the devices asking them to put passwords in, they would not have used them.”

Harnessing the power of mobile

Mobile technology is increasingly part of life for most of us, including staff in the health and care sector. But it’s probably fair to say that while staff are increasingly digitally adept in their personal lives, the NHS, as a whole, has yet to harness it fully.

Winter believes that looking at what staff actually do, and making it as easy as possible to use technology, is vital to greater adoption.

“User-sensitive design is very important to me, as well as being CIO, I’m a clinician by background, and I believe that it has to be easy for users,” she says.

“I always say that the technology is there to facilitate them doing their job; they shouldn’t have to think about the technology. It is absolutely about facilitating the ease of use for them in their workflow, and not putting barriers in place.”

But how do you do that? Actually engaging with users at an early stage in the process is a good start, and this takes a particular kind of approach from developers.

According to Sarah Amani, co-founder of the newly inaugurated Shuri Network, the first NHS network of Black, Asian and Minority Ethnic women in health tech and digital health, involving clinicians in design is crucial.

“Design does take a certain mindset of humility, of the ability to ask questions and listen to people. IT is full of highly intelligent people, of geniuses, even, but they have to be humble as well,” she says.

When she came up with an idea for an app to help young people experiencing the symptoms of psychosis, Amani was optimistic that mobile technology would soon become part of mainstream health services. Now, nearly a decade after she started work on My Journey, she has to concede that this vision is yet to be realised.

“I developed an app in 2011 and I didn’t think it was that much of a big deal given what other industries and sectors were doing, but this is the NHS – I guess its pace is maybe slower,” she says.

As a former mental health nurse, then CCIO and app developer, Amani, who is now senior programme manager with the South of England Early Intervention in Psychosis Programme based at the University of Oxford, has a good overview of the development of mobile working in health services, and is also an enthusiastic advocate of it.

By her reckoning, mobile technology is about 50% of the way to becoming mainstream for the NHS, but technical barriers (such as interoperability and infrastructure challenges such as poor mobile connectivity, particularly in rural areas) remain, as do the cultural challenges as outlined by Winter.

The power of receptive staff

But there are areas where it is working well. One of these is West Suffolk NHS Foundation Trust, where chief executive Stephen Dunn is a strong supporter of mobile technology – and, indeed, digital health more generally. Again, however, he sees staff engagement as key.

“We’re really proud of all the digital innovations our trust has implemented, but all praise should go to our staff who are so receptive and willing to work differently to be at the forefront of digital innovation in the NHS, even when it’s meant major changes in processes and how we ask them to do their jobs,’ says Dunn.

“We’re in one of those major change phases now, having just implemented an instant-communications app that replaces our non-emergency bleeps. No more sending a bleep and waiting by the phone for the call to be returned.

“This is change, and it is brand new, so of course there have been some hurdles to overcome along the way, but this is all about learning and we are working very closely with the supplier to make sure that the end result works effectively and safely for our staff and patients.

“Once implemented fully and bedded-in, tech can be a real force for good, improving patient care and safety, as well as saving staff precious time in the long run.”

Back in Bolton, Winter agrees. As plans for a trust-wide EPR progress, the aim is that more and more mobile solutions will be adopted both to improve care and the staff experience.

Examples include a photography app to allow district nurses to upload pictures of wounds to the trust PACS, saving time and improving data security (at the moment the nurse has use a camera then drive back to Bolton with the photo on a flashcard). But considering the user at every stage is vital, she stresses.

“When staff are caring for people, technology is absolutely the driver, but they shouldn’t have to think about it. That’s my goal,” Bolton says.

“We should provide the solution that absolutely facilitates them – they shouldn’t have to worry about what that means.

“It’s a hard enough job as it is but technology can drive these and make massive efficiencies for us. But to put all these in, to say ‘look at all this shiny technology, but actually it’s going to take you longer to do this because I’m going to make you do a 14-digit password, and you’re going to have to do your fingerprint and your eyeball and so on.

“Yes, we’ve got to make sure it’s safe, and we’ve got to protect our patients’ data, but we’ve also got to make it accessible so we can absolutely make people better – and also round prevention as well – but we can only do this by being savvy with technology.

“Clinical staff shouldn’t have to worry about what that means to them – it should just work.”

We’re on the cusp of something, but the technology still has to prove itself 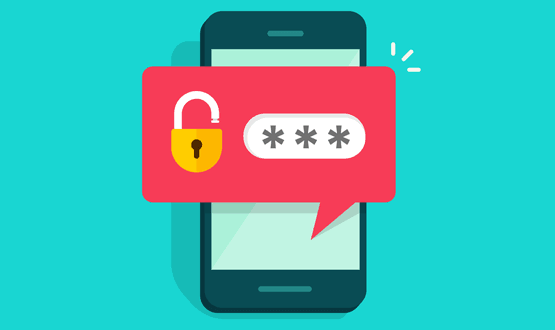 Imagine you’re treating a patient in a busy emergency department and realise that you need to make a quick note about her care. Even if you were near a desktop computer, or, if you’re very lucky, a department tablet or laptop, chances are that you can’t get in, because the previous user didn’t log out properly. Even if that’s not the case, you have to remember your log-in name and a lengthy password.

Is it any surprise that so many clinicians in that scenario end up sharing user accounts, scribbling on a piece of paper, or even – horrors – on the back of their hand?

That’s a situation that’s only too familiar to Dan Johnston, clinical workflow specialist with Imprivata.

As well as bringing his clinical perspective to the healthcare IT security company, Johnston still practises as a nurse, meaning that his experience is current and very much from the frontline.

What he has learned is that although the technology to facilitate mobile working is there in theory, the circumstances don’t always make it simple.

“I believe that certainly in the UK and Europe that the technology still needs to prove itself,” he says. “It’s not that it doesn’t work, but it has to make sense in the clinical workflow, and this isn’t always happening.”

Making it easy for staff to do the right thing in terms of accessing the patient record and adding to it in real-time takes a change of mindset and real vision, he says.

He points to Imprivata’s solutions such as Mobile Device Access, which gives clinicians secure, efficient access to mobile devices and single sign-on to the applications that run on them.

With the right technology, clinicians simply have to tap a shared mobile device with a proximity badge rather than go through a complicated log on process. It’s easy – so staff are more likely to do it.

“I think we’re on the cusp of something,” says Johnston. “Where the technology and the vision is aligned, it delivers a better experience for the clinician at the point of care, who has rapid access to shared clinical data. This is obviously good for the patient.

“The technology has to be as intuitive as a pen and piece of paper, and in a digital world, we should expect to be able to record information quickly and securely. There are exciting times ahead.”