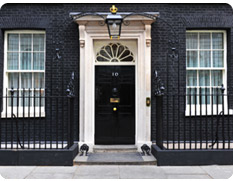 The last time it was a near certainty that a general election would bring about a change of governing party, the NHS was at the heart of the campaign.

In 1997, after four terms of Conservative administration, Tony Blair took his ultimately victorious New Labour party to the polls by claiming that the country had “24 hours to save the NHS.”

His party’s manifesto reflected near panic over the health service, warning that the Tories’ flirtation with insurance schemes meant that “if the Conservatives are elected again, there may well not be an NHS in five years’ time.”

It also promised to spend “a greater proportion of every pound spent on patient care, not bureaucracy” by ending the internal market split between purchasers (health authorities and GP fundholders) and providers (trusts), with specific pledges to cut waiting lists by 100,000 and end waits for cancer surgery.

Thirteen years on, things are very different. The NHS has barely been mentioned in the 2010 general election campaign, and when it has been mentioned all three parties have been keen to emphasise that they are committed to the health service and its founding principles.

Even more strikingly, where they want change the three parties are in close agreement on what it should look like. All three contain similar pledges to give more information, choice and power to patients, with funding following those choices and people’s experience of the care they receive.

All three have similar ideas about the IT needed to deliver on these pledges. So, the Conservative manifesto talks about “putting patients in charge of making decisions about their care, including control of their health records” and says a future Conservative government would “publish detailed data about the performance of healthcare providers online.”

In many ways, the lack of noise in the political system is a relief. In the mid 1990s, the NHS was dogged by constant questions about whether it was affordable and acceptable. A decade of record rises in spending, the massive (if PFI-funded) hospital building programme, and a relentless focus on waiting lists and then times has put an end to all that.

Chief executive Sir David Nicholson has warned that if NHS funding stands still over the next four years, the health service will need to find £20 billion of efficiency savings to cope with the extra demand that will be caused by an ageing population living with a higher burden of chronic disease.

This is simply not reflected in the manifestos. The Conservative document is the most explicit on future funding, saying the Tories would “increase health spending in real terms every year”.

Even so, it fails to say whether a Conservative government would fully fund future demand and how it would bridge the gap between funding and demand if not. Promises to “ensure value for money” (Labour) or cut “management costs, bureaucracy and quangos” (the Lib Dems) will not be enough – even if they can be delivered.

Bigger changes will be needed, such as a shift from hospital to community and primary care, and the substitution of some expensive bricks and mortar services for cheaper telephone and online versions.

Only the Labour Party manifesto mentions this kind of technology; saying that if it was returned to power it would make more use of telecare as part of its National Care Service. The Tories and Lib Dems actually make populist pledges to halt A&E and maternity unit closures.

Fire up the Corolla

If the urgent need for potentially unpopular change is not being debated, that does not mean it is not on the way. When E-Health Insider asked what policy experts and analysts would like to see in the party manifestos, the first thing they said was stability.

Yet only the Labour Party manifesto promises to leave the Department of Health, strategic health authorities and primary care trusts alone.

The Conservative manifesto says the party would turn the DH into the Department of Public Health and “create an independent NHS board to allocate resources and provide commissioning guidelines” – which sounds very like the return of the NHS Executive.

It says the party would “remove the need for expensive layers of bureaucracy to oversee the NHS” by giving patients the information to do the job themselves – which hints at major changes for regulators, SHAs and PCTs. And it effectively says that the party would unpick the settlement on the internal market.

Labour “scapped” the internal market by ditching fundholding and keeping health authorities (even if it did rename them, chop them up and recombine the bits over the years). The Conservatives say they would put GPs back “in charge of commissioning local health services” and holding budgets for patients.

Arguably, the Lib Dems would go even further, “halving” the DH, scrapping SHAs and setting up elected local health boards to take over the work of PCTs.

On the provider side, the Labour Party manifesto has some intriguing things to say about letting acute foundation trusts expand into community services, which would surely make already powerful institutions even more powerful; although all three documents have kind words for co-operatives.

In short, the manifestos suggest that the argument about whether there should be an NHS has been won, but its future shape is far less settled than the lack of debate about it might suggest.

The coming financial crunch is largely being ignored, and so is the need for the potentially difficult and unpopular change that will be needed to deal with it without returning to the salami-slicing cash releasing efficiency savings days of the 1990s, which the DH has been saying it wants to avoid.

Meanwhile, not nearly enough attention is being given to the IT that will be needed to deliver efficiency and truly new ways of doing things. And some heroic assumptions are being made about the potential for web-enabled consumer power to do the job. Once the election campaign is over, the NHS is unlikely to be quiet for long.