NHS England is working with Google and Bing to increase the visibility of NHS content online and the forthcoming NHS app store.

Speaking at the Digital Health Technology Show this week, Juliet Bauer, director of digital experience at NHS England, said she was working with search engines, Bing and Google to promote NHS.uk and NHS Choices, and with Apple to ensure trusted apps are displayed.

Bauer said, “although we have our own website and our own trusted content… we also need to be thinking about where people are looking for health information before they get to NHS Choices.”

“This is about going out there and making sure that where people are looking for content, it’s the content that they should find, and that could seriously help us take pressure off the system and help provide patients with a much better experience.”

Speaking with Digital Health News after her speech, Bauer said the content has already been launched on Bing, where NHS Choices information is highlighted at the top of the page for relevant searches.

With the content on Bing, it was “absolutely not about a known customer journey, it’s nothing to do with who you are, it’s just to make sure that when you search for stuff, you see trusted content”, she said.

Bauer said she was also look at the arrangement between Google US and the Mayo Clinic, where certified medical advice appears alongside results on a Google search page. 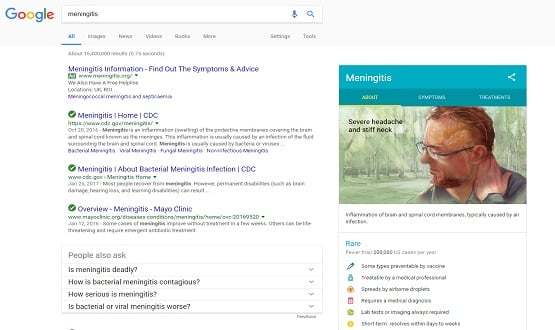 How the Mayo Clinic works with Google.com to highlight trusted medical advice

NHS Choices is being re-platformed onto NHS.uk partly to allow for a more personalised site in future, with the the ability to book appointments, display your personal health budget and access your personal record.

Digital Health News previously reported that NHS.uk would, with consent, track users’ browsing history within the site and location to provide them with personalised health advice.

More details were also provided on the long-awaited NHS app library, or “digital tools library” that will be launched in beta form at the end of this month.

Bauer said all the apps would be “technically safe”, meaning the data is secure, which she said would “address some of the challenges we had the last time round we tried to do this”.

Some of the apps would have an additional NHS approved badge, which signified that the NHS “believed there is enough evidence out there to prove that these work, and they are effective”.

Bauer said, “we’re talking very closely to Apple about how we ensure that when you search for health apps you get trusted ones and the ones that work, which is a challenge for Apple as well”.

“There’s a really great opportunity here to help patients and the public to navigate what can be quite a complex world.”

In addition to the app store, there will also be a developer platform which will allow developers to access health data, test out their app and access NHS standards. 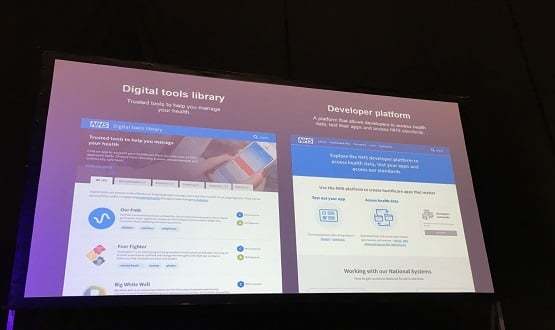 The app library was re-announced by Jeremy Hunt, the health secretary, in September last year at the Health and Social Care Expo.

A NHS app library had previously been launched and then shut down in 2015 after it was revealed many of the endorsed apps could leak personal information and lacked evidence of effectiveness.

However, Bauer told Digital Health News that the new app library would require additional tier of scientific evidence to support the app’s claims.

She also confirmed that the four step endorsement process, that Public Health England, has been working on for several years has been merged into this stream of work.

“All the work that was done there, has fed into this approach now”, Bauer said.

The popularity of looking at the web for health queries is shown through 30 to 50 million people using NHS choices per month. 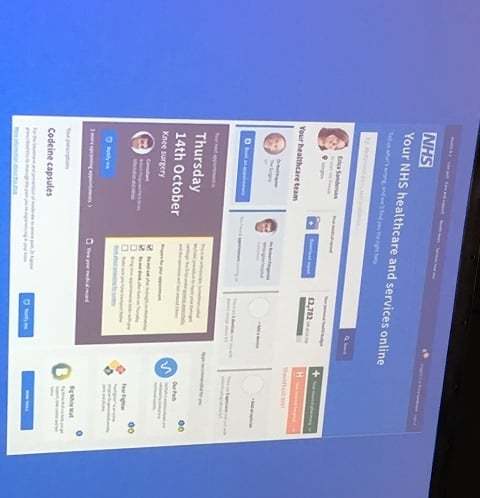 A screenshot of how a personalised NHS.uk will look