Joe’s View: On whether it’s time for a Plan B

The storm raged all night; the wind howling in the rigging, the cabin lit by lightning and lashed by rain, waves breaking over the breakwater and onto the boat. We slept fitfully because of the thunder and the need to keep checking the anchor. Skopelos harbour had initially seemed our best bet when the Force 8 started to blow up, and so we had made a run for it in the afternoon. Any port in a storm, right?

Unfortunately, because of the direction of the wind and the high seas, the harbour itself was extremely choppy. Several boats snapped stern lines in the night. Two broke their gang-planks like matchwood as they were crushed between the dock and the lurching boats, straining at their lines like overexcited horses at the start of a race.

The following day the wind continued to howl and, because we were moored on the side of the island exposed to the storm, we went into a second anxious night at the mercy of the weather. On day three things were no better and, exhausted, we took the decision that plan A had failed. We couldn’t face another night waiting for ropes to snap.

And so to Plan B

Plan B: to take the boat out in the teeth of the gale to make a run for better shelter on the other side of the island, about 15 nautical miles around the headland to the village of Neo Klima (literally New Weather in Greek).

I had never seen weather like this in the Greek Islands. Unusually, we put on our life jackets and harnesses and clipped ourselves physically to the boat to avoid getting swept overboard.

Skopelos is way too small for a lifeboat or coastguard. Once beyond the breakwater, we were on our own. The V-shaped nature of the bay was funnelling the waves towards the harbour so when we put our nose out of it, the seas were enormous. Initially we appeared to be making no forward progress at all, so I gave the engine all the revs I dared and pointed us directly at the waves to take the full force on the bow, all the while pretending to Fiona that I wasn’t terrified.

Time for a new watch

The waves were so big that, as we crested them, I could hear the propeller screaming as it came out of the water and into thin air. Eventually we got far enough out to make the turn for the other side of the island. Then we hung the foresail out, and the ageing little yacht began elegantly surfing the giant rollers downwind to the sheltered harbour of Neo Klima.

Sitting in the taverna a few hours later we sipped the sweetest of all drinks – the beer you have right after you nearly got yourself killed. It was only at this point that I noticed my watch had stopped. The Apple Watch was clearly not designed for extreme sailing.

So last week I decided to look at watches suitable for sailors and, lo and behold, there is a revolution going on in the watch market. I must admit I had wondered when the traditional watchmakers would begin to be worried by the rise of the smart watch and the answer is clearly now. TAG Heuer, a traditional high-end watchmaker, have decided to make a smartwatch. Even Rolex has followed suit. Clearly an industry with an eye on plan B. 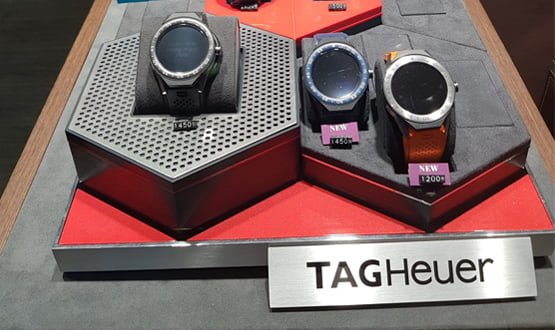 The value of a divergent approach

Something maybe NHS IT should consider. Especially since Will Smart pointed out that there isn’t enough money for plan A at EHI Live recently. I get that Bob Wachter correctly concluded that we aren’t spending enough money to do “paperless 2020” and that we could only afford to “do digital” properly in a few places. I get that not all trusts are equal in terms of their IT ability and I get that it makes sense to spend our limited funds in places where it will achieve best value. I am, of course, grateful that my own trust is among the chosen few.

However I am worried that we have reached our own tipping point in NHS IT without the insurance of a divergent approach. The Global Digital Exemplar programme is beginning to look a lot like GP Systems of Choice, only for secondary care. Secondary Care Systems of Choice, if you like, with a lot of investment in a limited number of largely American systems. Last time we tried that it didn’t end well and now there is even less money.

The GPSoC framework has left us with two major players upon which primary care is completely dependent. Not exactly the thriving ecosystem of innovation and SMEs we might have hoped for in a post-Brexit world. Not exactly the Apple Store or Google Play with a constant stream of new and exciting apps able to operate on an NHS operating system.

Do we really want to do the same in secondary care? Could we do something else? Could we have a divergent approach to avoid all our eggs going in the GDE and fast follower basket? Plan B?

I am writing this on the train home from EHI Live where a workstream organised by The Apperta Foundation featured someone from Accenture advocating an open platform approach. Gartner have also recently recommended an such an approach.

Flow of data is where the real prizes lie

At EHI Live I tried to speak to as many people as I could on this topic, and found widespread nervousness about our current approach and the potential for a handful of suppliers to gain control of the market and then have precious little incentive to do interoperability.

It is in the flow of clinical data across organisations and into academic institutions where the real prizes of the digitisation of healthcare lie, not in being paperless by 2020. That means interoperability on an industrial scale, and an open platform approach. I commend you to read Apperta’s recent publication before we are past our own tipping point.

And my new watch? In the end I decided not to buy a Rolex or a TAG Heuer. Why not? Too expensive, especially given the weakness of the pound, and limited in functionality. In the end I bought a Samsung Gear S3. Rugged, good looking, five day battery life, open to a myriad of app developers and crucially for us sailors, waterproof. A lesson in there somewhere for NHS IT?