Chief information officer (CIO), James Freed, has been in his role at Health Education England for nearly two and a half years. He tells Digital Health about the work in building a “digital ready workforce”, and picks an ubiquitous kitchen white good as his favourite piece of technology.

Crikey! In the organisation, probably the application of the GSDM to develop a single application design and delivery service for Health Education England’s unique needs. The first thing we’re doing with this team is to create a new system to manage junior doctors, with their needs at the forefront of our minds. Every minute we can save them in unnecessary bureaucracy is a minute they can spend with a patient or, God forbid, resting!

Probably our work in Building a Digital-Ready Workforce. Helping the three million staff in health and social care services to develop the digital skills to help them transform the way they work will be key in improving safety and quality and helping to bring the NHS back into budget.

I think we are, truth be told. There is a disconnect between technology and user/service need. Making the join has always been difficult, but we don’t help ourselves. Assuming we have a technical solution to every problem is a temptation but can be a real turn off for those we should be building relationships with.

Culture, hands down. We have so many talented bright people working in the NHS, yet we don’t let them fly. Our risk aversion, our need to concentrate on short term financial plans and even shorter term performance targets, lead us to concentrate on the here and now and lose focus on the future. I think CIOs and CCIOs have a crucial role on influencing that culture (or, more accurately, the smaller scale – climate) to help organisations and the people in them solve their own problems.

If you have one piece of advice for other NHS CIOs, would it be?

Never give up on learning. We can always improve ourselves and, especially given CIOs are high earners, we have a duty to do so.

Professor Sir Muir Gray. He is past let’s say a traditional retirement age and still a major player in the NHS. He is a public health physician by background but has pioneered the use of knowledge in the NHS by (amongst many other things) creating the National Library for Health. He has been the single greatest influence on my career. Honourable mentions need to go to Anne Brice, Chris Carrigan and Martin Severs though.

Inside the organisation? Staff every time. Outside the organisation? Stuff to help develop health and care staff. This year we’ll be supporting the launch of the Faculty of Clinical Informatics and the Federation of Informatics Professionals. I’d love to support networks such as the North West Informatics Development Network and the widespread implementation of great tools to help the frontline leverage benefit from digital, such as the truly amazing ORCHA app accreditation service.

iPads. No doubt giving people kit is a key element to helping them leverage cheap and free capabilities such as maps, messaging, photos, online knowledge resources etc. But the slavish devotion to Apple products is outdated – other people do good design now and actually many people have their own kit. Cracking the ultimate transferable BYOD policy is far more useful I’d argue.

I wanted to say ‘standards’ or ‘culture’ but I’ll play the game properly and say ‘Telemedicine’, by which I mean telemedicine, telecare and telehealth. There have been some tremendous applications with telemedicine technologies, and a fair few failures. The systematic reviews have been equivocal on the aggregate, but that doesn’t take into account the massive variation in how these technologies were implemented. Done right telemedicine is a game changer.

I’ve never had a bad job, although I have had plenty of bad days. The worst would be working in customer service at a bowling alley in Nottingham. This was back in my rocker days and the manager told to me to cut my hair or leave. Great leadership style that guy. I left.

I’ll start with (arguably) the father of modern science, Sir Isaac Newton. He understood the role of an existing knowledge base in innovation. Thomas Friedman is my second choice. I’m reading ‘Thank you for being late’ at the moment and it is blowing my mind. And finally I’d choose Jesus. I’m an atheist, but a great deal of religious teaching makes sense even for me!

My five year old daughter Bethany. She is my reason to be!

Although I’m tempted to say my phone or laptop, it’s gotta be the fridge. I can’t live without good food! A close second will be my PRS guitar.

Immersive game designer, politician or something working with the homeless.

Maybe Hugh Laurie? I think he’s able to capture a mix of thoughtfulness and exuberance that I hope is me on a good day! 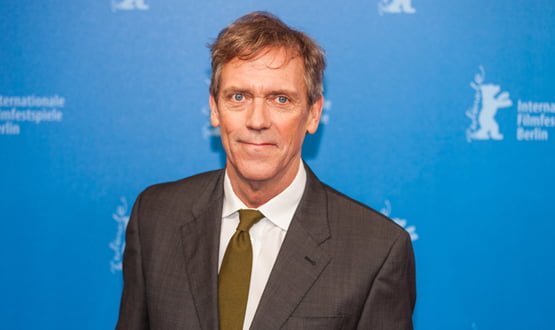 Freed reckons Laurie could capture his upbeat mood on a good day!

Another view: of private doctor apps

Fresh from his first experience with Uber, our GP columnist is thinking about apps that give users instant access to services. Could the model used...