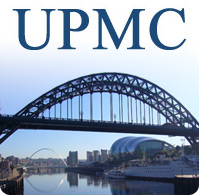 The trust says it achieved its main objective of ‘business as usual’, switching to the new system without disrupting patient services on Sunday night.

Its new Cerner Millennium system is being implemented under a contract with University of Pittsburgh Medical Centre (UPMC) and Cerner.

In the first phase of the project, the trust has gone live with inpatients, outpatient management and with Choose and Book, with the system fully connected to the NHS Spine.

NHS Connecting for Health gave the trust final clearance to connect to the Spine last Friday.

He confirmed that the trust had carried out the initial implementation across the entire trust, which covers five hospitals.

On Monday 1,036 staff used the new system. Eventually the numbers will be far higher, with many more of the trust’s 12,000 staff expected to use Millennium.

Allison said the trust had seen the benefit of taking additional time to make sure the switch to the new system did not cause disruption.

“We spent the extra time making sure there wouldn’t be an impact on 18-week waits, cancer care pathways and outpatients. We felt we were in very good shape to go and did so on Sunday evening.”

Monday and Tuesday were, he said, “very quiet”. “We had a few problems such as people forgetting their passwords, but nothing we weren’t expecting. There were other things as well, but we’ve had great support from Cerner and UPMC.”

He also confirmed that the trust had ceased using its old patient administration system. “We’ve switched the McKesson system to read only format. Its prudent to have it in the first few weeks. As of Monday, we’ve been using the Cerner system in earnest.”

The trust will now aim to start adding extra clinical functionality. Allison said: “We now need to focus on integration and to begin to introduce electronic health records, as that’s what will give the substantial benefits to patients.”

He added: “The following phases of roll-out will include order communications and medicines management.”

The Quirón Group of Hospitals in Spain has significantly improved workflows after implementing the Carestream Health Picture Archiving and Communications System (PACS) and Radiology Information...