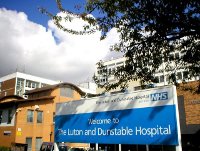 The trust signed a deal with InterSystems in March 2009, after finding that its enterprise architecture had become complex and inflexible.

Mark England, head of IT at the trust, told E-Health Insider: “Suppliers were telling us that it would cost tens of thousands of pounds to change things each end of multiple point to point interfaces.

"That wasn’t going to go away and would only accelerate with changes to our application portfolio and increased use of systems.”

England said the trust’s ten year contract for its iSoft iPM patient administration system is due to expire next year and that before implementing Ensemble they were struggling to see how they could change systems.

England said: “We have spoken to CSC [the local service provider due to install Lorenzo as part of the National Programme for IT in the NHS] because there is a concern that there is a naïve approach to the acute solution in that they assume that it is a Greenfield.

"By implementing an integration engine, it allows us to take on the benefits NPfIT delivers as and when we want to.”

In 2008, CSC signed a deal with InterSystems to use Ensemble for the integration of all new applications it provides to existing trust systems in the North, Midlands and East.

Although the trust’s hopes to move to Lorenzo by the middle of next year, it says that it is unlikely that it will take the full Lorenzo package.

“We have GP electronic orders and timely electronic discharge letters already in place. If we were to take Lorenzo, we would loose some of that functionality," England said.

"We would need to decide which elements to use and integrate our own solutions for other functions."

The trust, which purchased Ensemble as a standalone product for £54,000, is using a Service Orientated Architecture approach to separate its functions into services that can be reused and combined in different ways.

The trust began implementing phase one of the system to negotiate inbound and outbound feeds from iPM and get the design and architecture in place in August 2009.

The second phase will migrate all ADTs from the core PAS, the third will be bidirectional interfacing maternity and bed management and the fourth will deal with live order communications.

“It’s about breaking the dependency between systems. SOA is a big topic but what we’ve been looking at is minimising code changes and testing when replacing systems, as both require considerable investments of time and money,” England added.