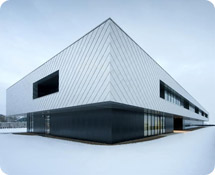 The 28 bed private hospital, which opened in March, claims it is "one of the most technologically advanced hospitals in the country" following the implementations.

It is using the System C PAS to manage the full patient pathway from patient registration, referral and booking, to session management and discharge.

The software is Choose and Book compliant and allows activities to be recorded according to how they are being funded. This includes self funding by private patients, health insurance and the NHS.

Phil Sinclair, PAS project manager at CircleBath, said: “Local users at CircleBath, including a number of medical secretaries who have not previously used a PAS system, find Medway Proxima a user friendly and intuitive application. The use of structured pathways allows us to provide accurate reporting internally and externally.

“System C’s experienced team was responsive and adapted to the changes we needed to make as the project progressed, particularly in the area of interoperability and functionality designed to support management of privately funded patients.”

The hospital is also the first in the UK to implement an anglicised version of the Alert electronic patient record software from Portuguese software company, Alert Life Sciences.

Laurence Campbell, managing director of Alert UK told EHI that the new hospital is live with order communications, scheduling and some clinical documentation has been running without incident since its implementation.

Blackpool, Fylde and Wyre Hospitals NHS Foundation Trust is scheduled to become the first NHS trust to go-live with Alert this July, under a contract awarded by the trust outside the NHS National Programme for IT in November 2009.