Last week, I watched my 19-year old son run the Birmingham half marathon, raising money for the city’s children’s hospital. A feat he managed less than four weeks after an operation on his knee.

On returning home, I watched and laughed at a film made by my 17-year old son for one of his ‘A’ level courses, putting our summer holiday to the fantastic ‘What went down’ by Foals.

Tomorrow, I am off to Bristol University to my 22-year old daughter’s graduation, her second in fact, as she picks up her post grad. As kids get older an odd thing happens; they cease being reliant on you and they begin to do ‘stuff’ on their own. It’s amazing stuff at times, and certainly inspiring stuff to this proud dad.

Inspiration – where does it come from?

I have been reflecting on inspiration – where we find it and where we don’t. Being inspired feels good, it’s a very human thing to feel inspiration, to be motivated to act, to change, to deliver. I think to feel inspired, do something and in doing it inspire others is about as good as it gets.

There are lots of people in my organisation who are incredibly inspiring. We have a number of people in my Digital Transformation team who routinely go beyond the call of duty to deliver for the NHS.

They are working on projects to change the way our health service works for the better, through the exploitation of digital solutions. I am sure you work with folks like this. It’s good, eh?

Roy Lilley inspires me. Here is a man who could be retired, could be spending his day on the golf course or walking the dog, worrying about nothing but where his next pint of mild is coming from.

He could be enjoying a hard earned rest. But he is not. Instead, he chooses to jump in a helicopter and travel to 24 NHS locations in 24 hours to celebrate the work of the most inspiring ‘Academy of Fab Stuff’ that he runs on his website, as part of the amazing #FabChangeDay.

He chooses to constantly champion folks on the front line, the real NHS, bringing smiles and energy with his constant stream of wit and celebration.

He also chooses to put his money where his mouth is and invest in the Institute of Healthcare Management, recognising that if we truly develop our management capability we can best support our frontline colleagues. How inspiring is that?

Dr Mike Taylor is a friend of mine, a GP in Bristol providing out-of-hours care and working with the homeless service. He began a recent meeting with our Connecting Care colleagues by reading a story he had written following his meeting with a homeless chap.

This man had served as a solider in the Balkans in the 1990s and his life had been a series of downward spirals ever since. Mike was talking passionately about how his care was being transformed by the information he now had at his fingertips to support his decisions.

This story was so inspirational that we asked Mike to record it and you can watch it here. It won’t be five minutes wasted I can assure you.

But perhaps the greatest source of inspiration is when we get chance to speak to or hear from the very people we serve. I was lucky enough to be invited to the AGM of the Professional Record Standards Body recently.

An exciting, newish organisation formed to help improve the way clinicians capture information and improve consistency; both critical to helping us share data consistently. Their tag line “better records for better care” says it all. They are good folks, doing a good job for all of us.

The AGM was a string of inspiring speakers and as the morning progressed you could feel the room begin to lift, hear people talking with smiles in the break, and generally sense they were feeling more upbeat.

The most inspiring speaker that morning was Roberta from East Anglia. Roberta wasn’t a doctor, a nurse, a digital expert or a care ‘professional’. Roberta was, above all else, a mum.

Roberta told the story of her daughter Louise, who was tragically diagnosed with breast cancer at the age of 26. Louise underwent a vast array of treatment to try and rid herself of the disease, but sadly died less than two years later.

The room was silent, the level of connection on that raw human level as high as it could be. Roberta talked calmly about the way the care system hadn’t really supported Louise, not ever seeking to blame, but seeking to explain how and what it feels like to be a family dealing with such an awful disease.

She calmly explained how she felt the system could do things better and how we could support our care professionals to have the time and space to support people like Louise in future.

Roberta then went on to describe the way she had sought to help people like Louise more directly, establishing a charity in her name and ultimately building and opening the Louise Hamilton Centre providing palliative care in Norfolk. Roberta was inspiring, I mean truly inspiring.

Times are tough; inspiration is essential

So, I don’t really know the science of ‘inspiration’, the why and how it works. But I do know that it is a massively motivating thing and that it happens at a human level.

We really do need to remember how lucky we are to work in a service which impacts people in their day-to-day lives in the most fundamental way. What a privilege that is.

But in an NHS dogged by financial woes, poor structures, constant re-planning and endless pressures on all of us, we all need every bit of inspiration we can get.

About the author: Andy uses his roles with Health and Social Care Information Centre, South, Central and West Commissioning Support Unit, British Community Society and as a member of the Health CIO Network to champion digital integration of health and social care.

Self -confessed enemy of organisationally centric thinking and the barriers it creates to a better digital future…. 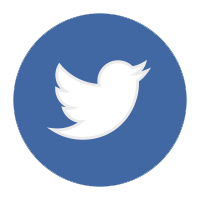