Twenty NHS digital fast follower trusts to get £5m each

Speaking at a Westminster Health Forum event in London on Tuesday, NHS England chief information officer Will Smart said 20 health organisations would be selected in the next few months.

Each would receive up to £5 million in central funding over three years to become digitally advanced organisations.

To achieve this the trusts would partner with one of the 16 global digital exemplars, the first wave of trusts funded to become a digital health “Ivy League”.

“We need to take the secret sauce from how the GDE [exemplars] digitalisation is working and transfer that to other organisations, to the fast followers.”

This would create a pool of “blueprints” for the third wave of trusts to follow, he said.

“Our absolute imperative for this is that we end up with blueprints or maps that, as we move out of this phase, if you are Coventry and you need to replace your EPR [electronic patient record] you can look around and say which trust do we want to operate like?”

Trusts too often started from scratch when deploying clinical IT but a blueprint could make this process much faster, he said.

“As opposed to what sometimes feels like every time you implement a new EPR you start a new journey… hospitals are different but there are not as different as we currently treating them.” 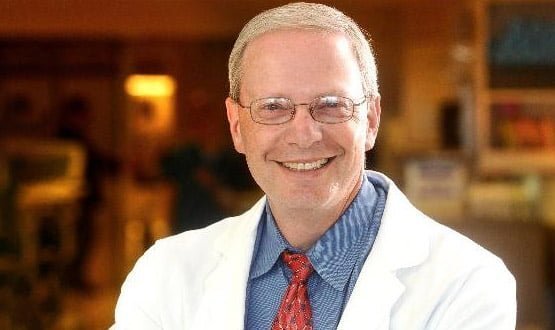 Dr Robert Wachter’s (pictured) review of NHS IT is being used as blueprint for NHS England’s digital exemplar programme.

In his review of NHS IT, Wachter recommended splitting NHS trusts into three groups and funding the most digitally mature, and smallest, group first to become “exemplars”.

The second group would then be funded to follow in the exemplars’ footsteps, a group that has now been called the “fast followers”.

The third group of least digitally advanced trusts, comprising half of all trusts, would be funded to digitally transform last.

When the fast followers are announced later this year, NHS England will have committed up to £290 million to the Wachter plan.

Both acute and mental health exemplars are expected to match central funding locally, and that will likely be the same for fast followers.

Smart did not make it clear whether the fast followers will receive £5 million centrally, or will be expected to fund half this sum locally.

NHS England plans to use exemplars and fast followers as blueprints for the rest of the NHS, will have implications for which clinical systems are ultimately rolled out the service.

Between them, the 14 acute exemplars that have been named use EPRs from eight suppliers. These include System C, CSC, IMS Maxims, Cerner, Epic, Meditech, Allscripts and Emis.

NHS England refused to comment further for this story.