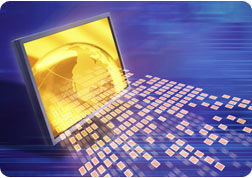 As this year’s UKRC meeting approaches, make-do and-mend might seem to be the order of the day in the NHS. However, the in the PACS/RIS community, all the talk is all about extending and improving PACS/RIS services and achieving greater integration with electronic patient record systems.

The people doing the talking are not dreamers who have failed to read recent headlines, but leaders with their feet firmly on the ground. Brent Walsh, vice-president, international customer operations at McKesson Medical Imaging Group, says: “I think the UK can receive better outcomes for a lower price.”

He points to the experience of a client, a healthcare group in New York, which unified three systems from three vendors across five separate hospitals solely out of operational budgets.

McKesson last month announced a €40m contract to provide Ireland’s National Integrated Medical Imaging System (NIMIS) and clearly has its sights set on the UK too.

Walsh believes that the end of most local service provider contracts for PACS in 2013 (and the end of the London contract in 2015) will open up new opportunities to shift from the current model. He wonders aloud why more analysis has not been done on the costs of the current arrangements.

That’s a theme echoed elsewhere. Chair of the Royal College of Radiologists PACS and Teleradiology Group, Dr Neelam Dugar, who is also a consultant radiologist, predicts: “Everyone will be looking to come out of the PACS contracts. They won’t be able to afford them.”

Understandably, though, Accenture, the holder of the PACS contract for the four strategic health authorities in the North East, East and East Midlands regions of England, has a different take on the situation.

Derek Danois, managing director, medical imaging services, feels that the project to build an extensive infrastructure for PACS, including large central data stores, has probably not had high visibility with clinicians. After all, few individuals gave much thought to the engineering that goes into a mobile phone network; they only appreciate it when it begins to deliver useful applications.

With the PACS installation, Danois feels that an ‘inflexion point’ has been reached, where more of the effects of the work done in previous years will be seen. “There will be great opportunities over the next two years to demonstrate exactly what innovative thinking can do to deliver new services and capabilities,” he argues.

Talk of doing more for less is a major theme at this year’s congress, which has a large x-ray of a piggy bank (only half-full of money) on its website and several speakers from NHS Improvement.

A session on the opening day is devoted to “Increasing quality without increased costs” and features Jim Easton, the Department of Health’s national director for improvement and efficiency, speaking on: “What the best trusts do well.”

The other big theme for the PACS community is the development of current PACS and RIS systems so they can better integrate with other systems – with the aim of eventually moving forward to the creation of a unified view of a patient record.

Dr Dugar will be moderating a session at UKRC on: “Digital age challenges: integrating workflow in and across clinical communities. “PACS is wonderful – but where does it fail?” she asks. Answering her own question, she points to PACS’ inability to display documents.

“The messaging format is very plain. And you can’t see the requesting form – nobody looks back and sees what we have lost. PACS has failed in the display of documents because DICOM [the industry standard for the transfer of radiologic images and other medical information between computers] does not cover the display of documents.”

Re-creating the flexibility of paper records in electronic formats that are designed to display all the key reports on the patient is the ideal. In the UK, Dr Dugar says, we have fantastic paper records compared to other countries. They include prescriptions records, lab results, medical photographs and a host of other information which can be added to the file in a versatile way. However, she argues: “Digital formats are very unforgiving and there are commercial reasons, too, why people have created silos [of information].”

This is where the international standards, IHE’s XDS and XDS-I, which cover cross-enterprise document and image sharing, come into play. Dr Dugar accepts that XDS is incomplete at present but points out that DICOM was not completed instantly either.

“The bottom line is that we need vendors working towards this,” she says. “I can’t see any other way of getting there other than by vendors adopting a universal standard.”

GE’s XDS project in Wales will be watched with interest. Meanwhile, Dr Dugar would like to see some indication that England is moving along the same lines.

“If they could come out and say ‘We like IHE’s strategy’ then you will see development because it will get the trusts thinking,” she argues.

Brett Walsh agrees that XDS/XDS-I will have a part to play in the integration challenge but feels that it is not the only game in town. He predicts three types of system deployments happening in the future:

Tony Cotterill, chief executive of BridgeHead Software, and his team specialise in healthcare storage virtualisation. He highlights the need for effective data management and storage – a big requirement whenever digital medical imaging is used.

His experience suggests that joining up data and images – including images and data from all the other ‘ologies’ such as endoscopy and cardiology – is what clinicians want. “What we are hearing at clinical level is that PACS should be a sub-set of the main data. You can’t just see radiology imaging in isolation,” he says.

Walsh agrees and thinks it will be interesting to see how trusts approach procurement in this area and whether they really look hard at what is in their existing operational spend, not just the PACS/RIS spend.

This year’s UKRC is at the ICC in Birmingham from 7-9 June. Other UKRC session devoted to a healthcare IT themes include a session on: “Current and future contributions of CAD (Computer Aided Diagnosis) in routine diagnostic imaging” by Professor Andrew Todd- Pokropek of University College London.

The National Breast Screening Programme’s move to PACS will be in the spotlight in a session that includes a keynote address from Sarah Sellers of NHS Cancer Screening Programme. And Dr Laurence Sutton of Calderdale Royal Infirmary, Halifax, will moderate a session on the issues challenging the nature and content of the diagnostic imaging report in an era of changing service delivery, teleradiology and the opportunities for more objective data collection.