Ciaron Hoye – head of digital at Birmingham CrossCity CCG – explains why he left the private sector to join the NHS, offers three key words of advice for fellow CIOs, and admits he’s not cut out for a job in sales.

Because I’d like my daughter to have an NHS when she’s my age. I’m from the private sector, and I literally chose to move over because I have a daughter and the NHS is a great thing.

Probably virtualisation and VoIP. Both are quite significant for different reasons. The virtualisation because it’s a very different way of delivering clinical systems to clinicians. It disaggregates them from their practice, so you don’t have to be in the practice – we can secure the system and you can take it with you wherever you need to care for people.

The VoIP (Voice over Internet Protocol) piece because we managed to get a consortium of seven CCGs in the West Midlands to all align behind a single collective procurement to buy a hosted telephony and wi-fi solution. The average saving for a practice is something like 43% of their previous phone bill.

I suspect the process mining piece we’re working on. We’re using some very contemporary analytical methods to find the processes of flow of patients from general practice. The immediate outcome is obviously that we can look at patient flow and start removing inefficiencies from the system.

Cultural change. That’s both for clinicians and for patients. It’s that culture hack of it’s OK to question what you’ve got, it’s OK to challenge it, it’s OK to say actually it doesn’t really do the thing I want anymore. To say the rest of the world has evolved around us, we can change, it’s fine, and it’s OK to fail. It’s OK to try.

I think standards. E-mail is a good example: e-mail has a standard. I don’t need to ask you are you using a Mac, or Outlook, or using a web browser. What we need is those standards which say I don’t care what system you’re using – a message comes in this format, and I know that you can see it. I think the point at which we can settle on some standards, we can blow this whole thing wide open and say information can follow patients.

People like Joe McDonald [chief clinical information officer at Northumberland, Tyne and Wear NHS Foundation Trust and chair of the CCIO Network] and Andy Evans [programme director for Connected Nottinghamshire]. They’re prepared to stand up and voice an idea, ask the awkward questions, to open themselves to being ridiculed by saying I don’t understand, or I don’t think that’s right. And that’s got to be lauded. We need more people who are prepared to go: well, I don’t think that is the right approach.

If you were given £30 million to spend on digital transformation within your CCG, where would that money go?

One part would definitely go to creating communication channels – how we push out messages and inform the public [about digital health]. I think the other half would go on how we move information across the sector. If my health doesn’t recognise sector boundaries, then nor should we. We’ve got to tie systems together.

There’s some great stuff around wearables, and various internet of things pieces which are coming up. Things like Kardia, for instance [a smartphone device and app which acts as a portable ECG recorder]. We’ve got those in quite a few practices.

What’s the worst job you’ve ever had and why?

I had a job, for about four and a half hours, doing sales. It was when I was quite young, and it all seemed very glamorous. But I’m just too honest to do sales!

If you could invite three people, dead or alive, to dinner who would they be?

Leibniz, the German mathematician who was doing calculus a bit before Newton. That would be a fantastic conversation. Otto von Bismarck, the first German chancellor, who came up with the idea of the art of the possible. And probably Sun Tzu for The Art of War, strategy, and thinking about your problem, and going way outside the box to come up with a solution. I think all three of them would be fantastic people to talk to, and hopefully to not disappoint! 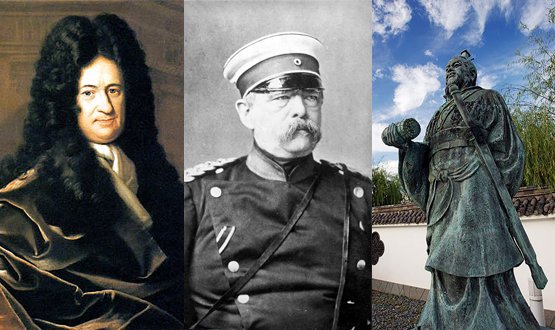 A laser cutter. I’ve got a workshop and I play with cutting up bits of perspex, or metal, or etching them with stuff. It’s nice to go and make something that’s real and you can touch, rather than everything else that I make which is a black box.

I guess I’d quite enjoy working in a university – a lecturer/researcher kind of role. A bunch of people have said I’d probably be quite good at that – I have an absent-minded professor vibe! I think I’d quite enjoy being enthusiastic with students who ask why can’t we, and I’d said we can, let’s go and make it. That’s very much how I am with my team – I always say, well, why can’t we do that?

Who would play you in the film of your life?