General Election 2017: what each party promises to do for NHS IT

The general election is tomorrow – but what does it all mean for the NHS and the healthcare IT sector in particular? Digital Health News breaks downs each of the main party promises.

Our manifesto breakdown mentions NHS funding promises, the elephant in the room, but treats them with extreme caution. We very strongly suspect finances will remain extremely tough whoever wins.  So instead, we focus on what other digital aspirations and ideas are in the manifestos that could impact health IT.

One sentence in the Conservative’s Manifesto, Forward Together, harks back to a previous Tory policy to change the status of the national data guardian (NDG), Dame Fiona Caldicott.

“We will put the National Data Guardian for Health and Social Care on a statutory footing to ensure data security standards are properly enforced.”

Currently Dame Fiona, who was appointed in November 2014, advises and challenges the health and care system to look after citizens’ confidential information and operates independently, and does not have regulatory power.

In September 2015, there was a government consultation that proposed establishing the very thing that the Tory manifesto has suggested now and received 73 responses.  In the government’s response, published June 2016, it said the NDG will have to produce an annual report and will not have the power to issue or enforce sanctions on its own.

There was a private member’s bill, put forward last parliament, that said the NDG would have to be appointed by the government and have the power to publish guidance and give advice. However, this has now been suspended with the upcoming general election.

Dame Fiona has produced three Caldicott reports outlining her views, and is still waiting for the government response to her final report published in June last year.

The Tory’s manifesto has a rather loose promise in terms of NHS funding: “Over the course of the next parliament, this will amount to the most ambitious programme of investment in buildings and technology the NHS has ever seen”.

There’s no mention of the £4.3 billion pledged for NHS IT investment in the 2015 Spending Review or missing GDE funds.

The manifesto says that patients will via online or the phone have “the ability to book appointments, contact the 111 service, order repeat prescriptions, and access and update aspects of their care records, as well as control how their personal data is used”.

The document also adds that the number of NHS approved apps will grow, which looks a highly achievable commitment given that there’s only one very lonely app currently in the newly created NHS app library. 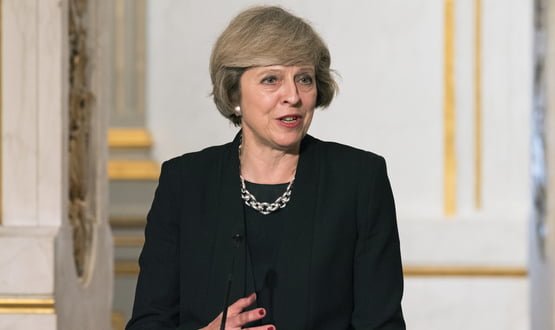 The Labour Party’s manifesto “For the many not the few” includes plans to establish a digital ambassador and improve connectivity. The ambassador will “liaise with technology companies to promote Britain as an attractive place for investment and provide support for start-ups to scale up to become world-class digital businesses.” {Note, a big manifesto bingo tick here for the ‘world-class’ epithet].

While not directly related to the NHS, Labour says it will improve mobile internet coverage and expand provision of free public wi-fi in city centres and on public transport. “We will improve 4G coverage and invest to ensure all urban areas, as well as major roads and railways, have uninterrupted 5G coverage.”

“Labour will boost capital funding for the NHS, to ensure that patients are cared for in buildings and using equipment that are fit for the 21st century.”

Labour says it will commit to more than £30 billion in extra funding through increasing income tax for the highest five per cent of earners and by increasing tax on private medical insurance. The manifesto also says they will free up resources by halving the fees paid to management consultants.

Its manifesto says they will increase funding to GP services “to ensure patients can access the care they need.” It also says they will halt pharmacy cuts and review provision “to ensure all patients have access to pharmacy services, particularly in deprived or remote communities.”

There is no mention of cyber security with the only data-related reference explaining that: “Labour is committed to growing the digital economy and ensuring that trade agreements do not impede cross-border data flows, whilst maintaining strong data protection rules to protect personal privacy.”

Labour says it will immediately guarantee the rights of staff working in health and care services.

The Liberal Democrats are proposing in Change Britain’s Future to introduce a “digital bill of rights”. The 100-page document says that this will protect people’s powers over their own information , support individuals over large corporations and preserve the neutrality of the internet.

While the political party is not specifically referring to health data here, the sensitivity around people’s patient data has been highlighted through the Royal Free and DeepMind health furore.

The Royal Free London NHS Foundation Trust partnered with Google’s artificial intelligence company, DeepMind, to create an acute kidney injury app. However the transfer of information has resulted in an on-going ICO investigation and DeepMind admitting more communication should have occurred.

For all of those many companies that are trying to break into the technology market and make it as a start-up, the Liberal Democrats also want to create a network of technology incubators.

The manifesto says, building on the success of Tech City, Tech North and the Cambridge tech cluster the party would like to expand the network.

Historically, it has been tricky as a start-up to break into the NHS, something that is attempting to be improved with a NHS apps library and the creation of a new developer platform, according to NHS England’s director of digital experience, Juliet Bauer. 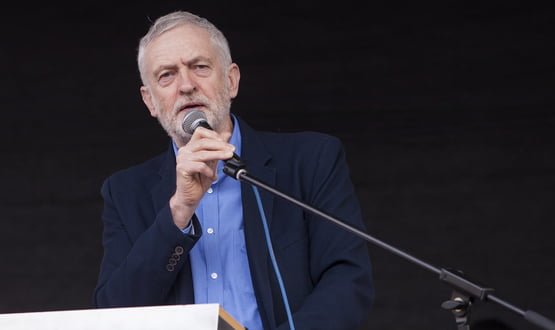 The Liberal Democrats are re-hashing a cry that was put forward by David Cameron, when he was prime minister in May 2015, in pushing patients to use online and video consultations.

While uptake within the NHS has remained fairly low, there are a number of private medical companies active in the market, most notably Babylon Health.

The Conservative manifesto also pledges that GPs will have phone and online consultations.

The NHA Party, formed by two disillusioned NHS consultants, in its manifesto makes no reference to healthcare IT however a spokeswoman told Digital Health News that “although we are interested in the area of technology in medicine and health care provision, our view is very nuanced and not wholly in favour of pumping more money into the area not least while primary care is in such desperate straits.”