The national data guardian will scrutinise the controversial data sharing agreement between the Home Office and Department of Health to identify illegal immigrants.

Speaking at a Westminster Health Forum event in London on Tuesday, Martin Severs said Dame Fiona Caldicott would review the deal to determine whether the right “checks and balances” were in place.

Following the publication of NHS Digital review of the data sharing agreement, she would be meet with Department of Health, NHS Digital and Home Office officials to raise any outstanding question, he said.

Severs sits on the Dame Fiona’s advisory panel and was involved in her latest review of data security and patient consent in the NHS. A spokeswoman for the National Data Guardian’s office confirmed Dame Fiona would be “discussing” the agreement.

“The National Data Guardian is clear that all uses of patient information should be transparent, legal and proportionate. Given the importance of this matter, Dame Fiona will be discussing this with the relevant organisations to seek assurance that the appropriate checks and balances are in place.” 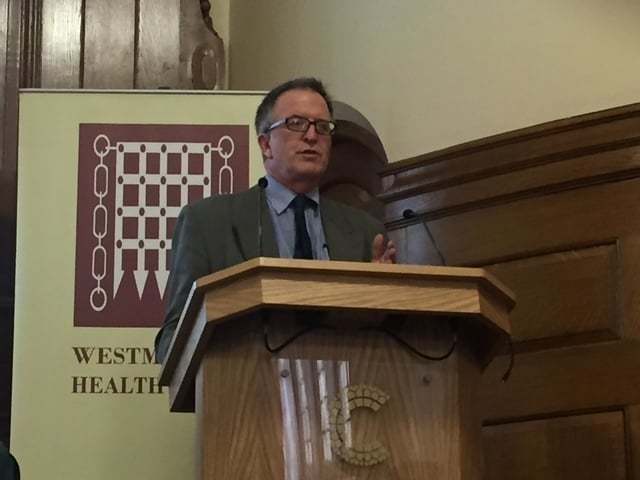 Martin Severs, who sits of the National Data Guardian Advisory Panel, told a Westminster Forum audience the NHS agreement to share data with the Home Office will be scrutinised.

Critics of the deal say it will discourage some of the most vulnerable people in the UK from seeking medical treatment.

The arrangement came into effect on 1 January, 2017, although NHS Digital has already been sharing data with Home Office.

NHS Digital figures show last year more than 8000 such disclosures were made, resulting in more than 5000 people being traced by immigration enforcement. In that time, less than 200 request were declined or rejected by NHS Digital.

Last week, former NHS Digital chairman Kingsley Manning told HSJ that he fought against intense pressure from the Home Office to share NHS health data to assist immigration enforcement. He said he was concerned that the sharing had “no legal basis”.

Digital Health News understands the National Data Guardian’s review will be influenced by the upcoming publication of an independent review of the National Back Office. The office, part of the NHS Digital, handles all tracer requests from enforcement agency, including the Home Office.