GDPR and the NHS Digital Academy: Digital Health’s predictions for 2018

It’s that time of year again when Digital Health News looks back on the year that has just passed and look to the one coming ahead.

While issues surrounding cyber security dominated the headlines in the world of health technology in 2017 – here is a glimpse ahead to what is coming up in 2018.

Starting January 2018, NHS England has said it will begin issuing invitations for trusts to become one of five new integrated care record exemplars.

They will then be extended to provide the foundations for population health management and regional research databases.

By February and March, NHS England is expecting responses back.

April should see the start of the NHS Digital Academy – which aims to train 300 digital leaders over a three-year period.

Commissioned by NHS England, the virtual organisation is being delivered by a partnership of Imperial College London, the University of Edinburgh and Harvard Medical School.

The £4.4 million pound project will provide specialist IT training.

Following the resignation of Keith McNeil as the chief clinical information officer (CCIO) of NHS England, attention has turned to who will replace him in the new year.

While a shortlist is yet to be announced – three initially hotly tipped candidiates were Dr Simon Eccles, Professor Maureen Baker and Dr Justin Whatling. 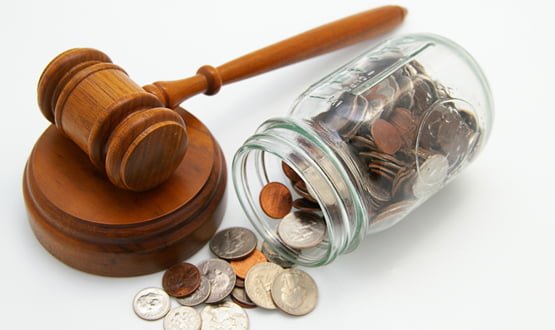 Towards the middle of next year on May 26 – the much-talked about General Data Protection Regulation (GDPR) comes into force and brings with it questions surrounding patient consent.  Expect peak GDPR hype in April and May.

The new rules will see tougher fines dished out to organisations if they breach data regulations in a bid to encourage transparency and put more control in the hands of citizens.

For the health sector, which handles sensitive files such as patient records, this could mean data privacy impact assessments becoming mandatory at the start of any relevant activity.

As well having fines for breaching the rules – organisations will also have an obligation to notify individuals where there is a ‘high risk’ that their information has been breached.

NHS Digital’s deputy chief executive, Rob Shaw told Digital Health News back in November that he believes the new platform will involve more people in the management of their own health as they are given online access to their data.

“In 2018, we will launch NHS.UK on a new platform with new transactional services for patients,” Shaw said.

“The introduction of disruptive technologies is breaking new ground and we need to make sure we adapt the commissioning and regulatory frameworks to keep pace.”

The big paper switch off?

In 2018, the majority of NHS trusts in England are expected to be paperless, with the big paper switch off

Deadlines start in February and all trusts are expected to complete the paper switch off by September 2018.

The Standard Contract for 2018/19 requires the full use of the NHS e-Referral Service for all consultant-led first outpatient appointments. From October 2018, providers will no longer be paid for activity resulting from referrals not made through eRS.

Next autumn we should see the launch of the NHS Digital Innovation Hubs which would each cover between three and five million people.

Back in September, NHS England chief executive, Simon Stevens announced between two and five regional Digital Innovation Hubs would be created ‘by the end of next year’.

Stevens said the hubs would provide the chance to exploit the potential of anonymised clinical data by allowing researchers to engage with a meaningful data set.

The Brexit effect and the money problem

Since the UK and Northern Ireland voted to leave European Union (EU) in June 2016, the subject of Brexit has dominated the headlines.

As negotiations progress and deals are ironed out, attention in 2018 may be turned to what Brexit will mean for the health sector – in particular the NHS.

NHS England’s chief executive Simon Stevens has already caused a stir in 2017 when he called for the Brexit funding pledge to be honoured.

He warned if the promises made before the EU referendum to inject extra cash into the NHS is not honoured, voters will lose trust in politics.

While Stevens did not call for the exact £350m per week famously advertised on the side of Vote Leave’s campaign bus, he did demand the government ensure promises made during the campaign were kept.

The rise of Artificial Intelligence

On the top of emerging hyped technologies – Artificial Intelligence (AI) looks set to continue to rise.

“The ability to support intelligent, data-driven, decision making based on new knowledge and understanding to predict outcomes and diagnosis is happening in almost all clinical fields, especially in the field of imaging and diagnostics,” Baxendale said.

“The key question of 2018 will be around whether such outcomes could ever be trusted without human review.

“We will almost certainly see machine learning enter the mainstream and as we go beyond 2018 all medical diagnostics, monitoring and treatment plans will, in part, come from knowledge derived from, and recommended by, machine learning platforms.”

Deepmind Health, the Google-owned AI company which specialises in healthcare, also agreed that machine learning has an exciting future.

Dominic King, the company’s clinical lead, said: “The work we’re currently conducting with our partners in the NHS around AI is exploratory, but we’re incredibly excited about its future application in healthcare.

“Accurately detecting and diagnosing patients at risk of serious conditions at speed is essential for clinicians to be able to save lives, but as we know it’s often incredibly challenging.

“We believe AI could be hugely beneficial in helping nurses and doctors, by spotting signs of these conditions on scans and test results more effectively than current techniques allow.

“It’s still early days, but we really believe that one day this work will be a great benefit to patients across the NHS.”

Cybersecurity forecast 2018: threats and trends for the year ahead

As 2017 draws to a close, Digital Health News spoke to cybersecurity experts about their predictions for the digital landscape in 2018.