A trial of the NHS contact-tracing app has been launched on the Isle of Wight, with a further roll-out of the tool expected in the coming weeks.

The app, which has already been trialled at an RAF base, will form part of the next phase of the governments test, track, trace and isolate approach to help stop the spread of Covid-19.

The trial will begin with healthcare workers on the Isle of Wight tomorrow (5 May) with a wider-roll out to the public on the island on Thursday.

Launching the app at the daily press briefing on 4 May, health secretary Matt Hancock urged those living on the Isle of Wight to download the app to prevent the spread of the virus and protect the NHS.

“This ground-breaking technology, combined with our heroic frontline health and social care staff, and both a nationwide contact tracing testing programme will ensure that we remain in the best position to move toward easing the lockdown,” he said.

But epidemiologists say 60% of the population would need to use the app for it to be successful.

Speaking earlier today at a Science Media Centre (SMC) briefing on the app, Prof Sir Jonathan Montgomery, chair of the ethics advisory board for the app, said market research had revealed a “great willingness” from the public to use the app.

Using Bluetooth the app will work continuously in the background of a person’s phone, storing anonymised identifiers collected from other devices a user comes into contact with.

That information is storied within the app until a person develops potential Covid-19 symptoms. 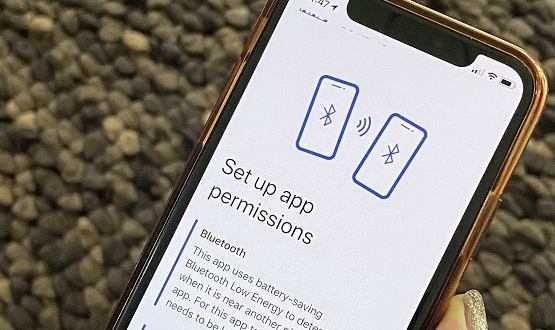 If, when they input their symptoms into the app, it’s deemed it could be coronavirus, the user will then have the option to send all contact data to a centralised database connected to the app. Information in this database will be used to identify other users potentially at risk, trace the spread of Covid-19 and inform the governments response.

NHSX and epidemiologists at Oxford University have developed an algorithm that will then examine these contacts, included how long they lasted and when they took place, to determine who needs to be alerted to potential exposure to the virus.

A testing capability has also been built into the app, providing a number to call to request a test if one is deemed necessary. 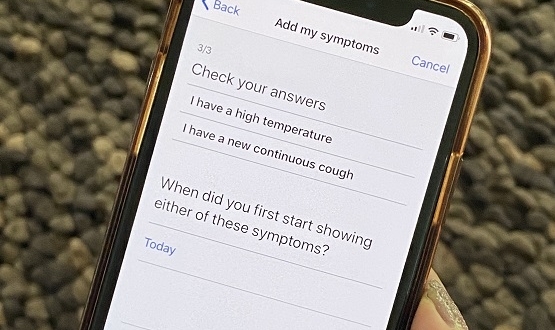 NHSX chief executive, Matthew Gould, said: “By launching the NHS Covid19 app we can reduce transmission of the virus by alerting people who may have been exposed, so they can take action to protect themselves, the people they care about and the NHS.

“When combined with testing and enhanced web and phone contact tracing, this will help the country return to normality and beat coronavirus.”

While deputy chief medical officer Professor Jonathon Vam Tam added: “By widespread testing those suspected to be infected with coronavirus, tracing their contacts and where appropriate advising them to self-isolate, we can slow the onward spread of the virus.

“This new app-based system, developed by technology experts in partnership with clinicians and scientists, will run alongside traditional contact tracing by PHE. If uptake and use is widespread it will give us the greatest room for manoeuvre to ease other social distancing measures.”

This allows anonymous identifiers to be shared centrally, with alerts then being sent out from the system. A decentralised approach means alerts are sent directly to those identifiers from the users own device.

The app allows anonymous identifiers to be shared centrally

NHSX chief Matthew Gould has repeatedly said a centralised approach would allow the NHS to better respond to the spread of the virus, including optimising the algorithm to make it as accurate as possible.

He also argued a centralised approach would aid the organisation in quickly detecting malicious use.

Several concerns around data and privacy and have been raised in relation to contact-tracing apps.

Speaking at the SMC briefing Gould reiterated his previous comments that the NHS would be transparent about how the app works and the data it uses, adding its “vital we maintain public trust”.

He’s previously dismissed suggestions that data from the app will be shared with the private sector.

On the risk of hackers being able to re-identify users of the app Prof Montgomery said the ethics advisory board had deemed there to be no “significant practical risk”.